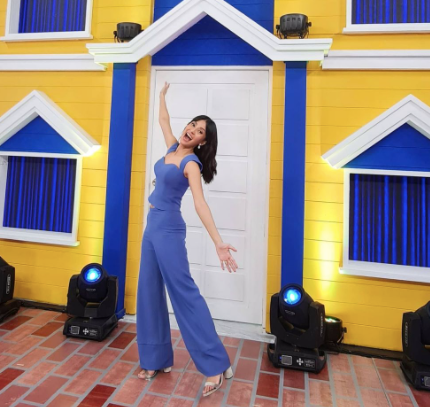 For the longest time, televiewers have been used to seeing actress-TV host Toni Gonzaga welcoming the housemates in “Pinoy Big Brother.” But Gonzaga was noticeably absent during the launch of the show’s ninth season last Sunday, Dec. 6, and another host, Bianca Gonzalez, took her place.

Gonzalez felt ecstatic over her chores of welcoming new housemates as can be seen from her Instagram post yesterday, Dec. 7, where she was shown in a photo while outside the famous “Bahay ni Kuya.”

“Last night was a pretty huge deal for me. It was the launch of the 9th season of Pinoy Big Brother, something we all never imagined would happen after a year like 2020, and something we are so grateful for,” she stated.

Gonzalez then spoke about Gonzaga’s absence from the launch.

“In my opinion, no PBB Launch is complete without @celestinegonzaga: the OG, our main host from day 1, the one who welcomes us all by saying, ‘Hello Philippines, Hello World!’ But last night, she unfortunately could not join us because she had a very, very important task, and so as the most senior in the group, I was the one given the lead on the show and all the big announcements,” she explained. “It may have been just one part of a show with so many elements, but it was such a career moment for me!!!!”

With her new chore, Gonzalez felt butterflies in her stomach, something she felt for the first time.

(I was so nervous, since the afternoon, the kind of nervousness that I felt during the Big Night but it was more than that. I really made sure to study my script as soon as it was given, and [I prayed so hard] just to keep calm.)

Gonzaga expressed her gratitude to her PBB family for trusting her with the task and supporting her through all these years as well, and most especially last night.

“Pinoy Big Brother: Connect” is the ninth season of the reality TV show, and is its 15th overall. It can be viewed in the Kapamilya Channel, A2Z and other online platforms of ABS-CBN. JB