All the K-drama feels: How I got hooked on 'Start-Up' | Inquirer Lifestyle ❮ ❯ 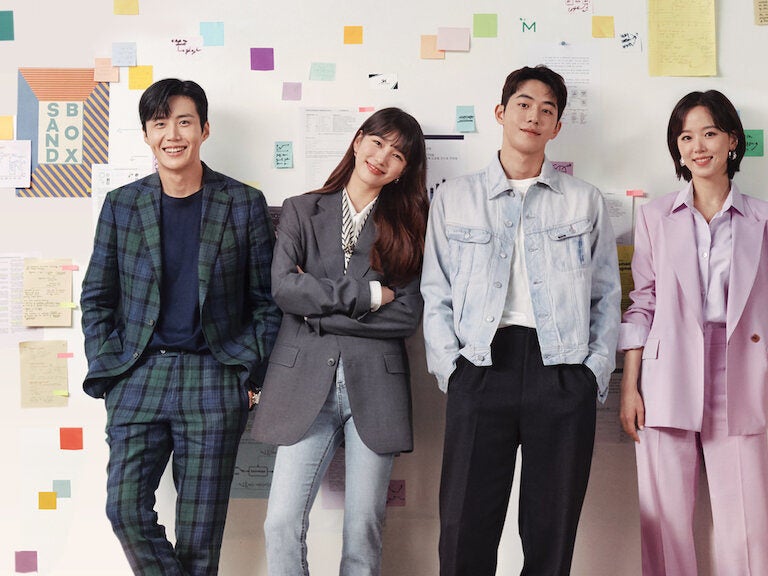 All the K-drama feels: How I got hooked on ‘Start-Up’

MANILA, Philippines — Everyone who’s very much into the world of K-drama knows that one of the most popular Korean television dramas of 2020 has come to an end since a week ago, but the highs remain as if we only had “Start-Up” yesterday.

To be honest, I didn’t immediately watch the series when it was first released sometime in October. However, when I finally did, the pilot episode where much of the heartbreaking scenes unfolded, such as the divorce of Dal-mi and In-jae’s parents, the death of their father, and the sad childhood of  Ji-pyeong, instantly gave me enough reasons to binge-watch on all of its five available episodes at the time, and stay. I found myself waiting for fresh episodes every Saturday and Sunday night, without fail.

The first scene was an aerial view of South Korea’s capital Seoul, its subtle colors of city lights meeting hundreds of bright colors beaming through what looked like drones forming beautiful images in the night sky before finally spelling the word “Sand Box.”

Sand Box, a fictional place in South Korea that provides support for young businesses in the world of the hit drama series Start-Up. It was also the place that witnessed the humble beginnings, heartaches, and successes of the show’s four lead characters.

But the story began some 15 years ago, when it seemed that everyone whom the young Dal-mi loves had left her one spring.

Dal-mi could have only remembered painful memories for that spring, if not for the comforting letters of Ji-pyeong, then a young boy who had just got out of an orphanage. In his letters, however, Ji-pyeong used the name of Do-san, the youngest Math Olympiad champion – and this would later cause a poignant love triangle among Dal-mi, Ji-pyeong, and Do-san.

The first few episodes proved entertaining as they were a mixture of thrill and comedy, especially as the real Do-san struggles to pretend to be the Do-san in the letters while his start-up company, Samsan Tech, strives to succeed in Sand Box. The plot started to turn more serious by Episode 9 when Ji-pyeong finally admits suppressed feelings for Dal-mi, who at the time started to uncover a lie that she had treasured and believed for 15 years.

By Episode 13, the story timeline jumped three years forward when all lead characters have altered fortunes and matured – some managed to pursue dreams while some managed to adapt to changes that life offered.

Towards the end of the series, the four lead characters were ultimately able to achieve their own closures – in love, business, and family. The drama culminated in a moving scene of Dal-mi, Do-san, Ji-pyeong, and In-jae all smiles and looking fulfilled after all the heartbreaks and hardships they had gone through all of 16 chapters of the show.

While Start-Up is a romantic-comedy series in general, it excellently succeeds in tugging the viewers’ heartstrings whenever it tries to do so. It victoriously portrayed heart-warming storylines for each character, even for the supporting ones, and catered touching sub-stories on friendships, family, and business.

It likewise gives viewers a peek into the aspirations of today’s youth, who struggle to succeed on their own terms. Like most K-drama, it features a refreshing theme that viewers – in this case, millennials like me – could relate to.

As a love story, Start-Up is somewhat a harsh one. It built up the character of Ji-pyeong so strong right off the bat that many fans like me rooted for him – more than Do-san – to end up with Dal-mi. But I wound up heartbroken for Ji-pyeong.

Overall, Start-Up leaves invaluable lessons and impact on its viewers while maintaining a great balance of romance, drama, and humor. And for this, it has received a lot of love and support from fans. No doubt about it.