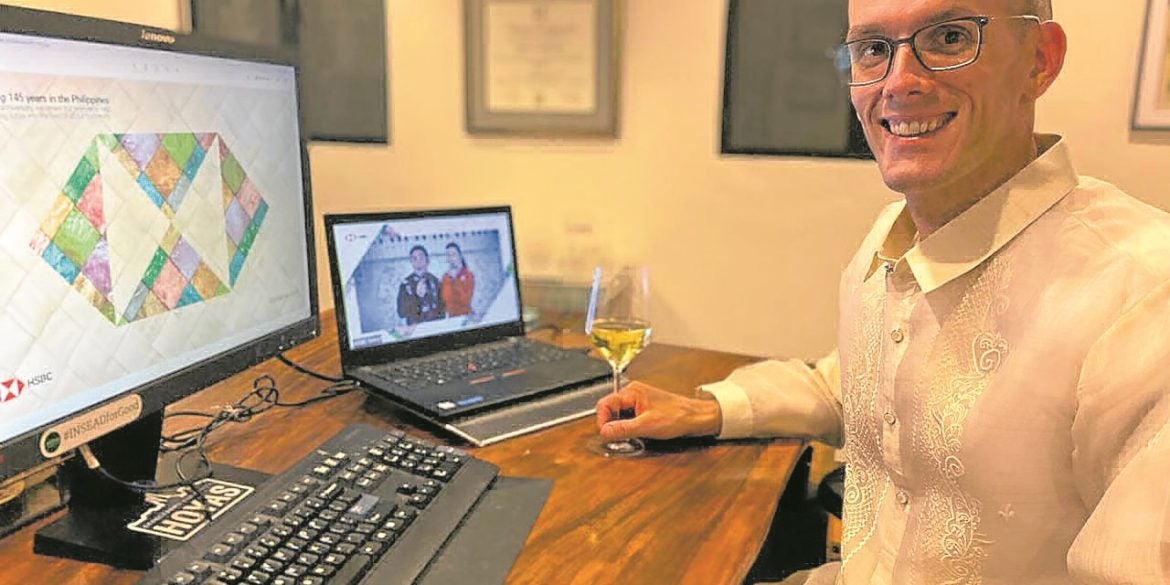 Bank marks 145th year in PH with music and giving back

On its 145th year in the Philippines, HSBC celebrated this milestone through various virtual events.

In November, HSBC had Ogie Alcasid and Regine Velasquez serenade clients with songs that symbolize the longstanding relationship HSBC has built with its customers, and its continued commitment to serve the financial needs of the country.

Guests were ushered into their virtual meeting rooms, as they mingled with other customers and their relationship managers, as if they were spending an evening in a roundtable.

What’s a celebration without food, right? Guests were sent special gourmet treats packaged in a Signature Pageboy Hat from The Peninsula Manila for them to enjoy while watching the online event.

HSBC Philippines head of wealth and personal banking, Peter Faulhaber, in his welcome remarks, said: “We have been here in the Philippines for the Filipino people since we started in Manila in 1875, enabling people and the country’s economy to thrive and support the needs of customers.”

In more intimate gatherings, Premier clients were taken on a journey to Vino Apprezzamento, a virtual wine tasting event.

During the pandemic, the bank came up with timely programs to help ease the financial well-being of its customers through adhering to the government’s Bayanihan Acts 1 and 2, and also enabled its customers to help support communities and local industries in need.

Among the various campaigns launched in 2020 were HSBC’s “Fill Your Cup” promotion, which enabled card holders to convert points to coffee donations to medical front-liners; the “Rewards Donation Drive,” which converted rewards points into cash donations or cash pledges to benefit partner institutions; and its “Back to School” campaign which was able to accumulate approximately P1.5 million to provide tablets to schools in Manila, Pasig, Quezon City and Pampanga.

HSBC also launched the “Together, Let’s Love Local” campaign, which advocates support for Philippine-made brands by encouraging consumers to buy local and essentially provide livelihood for millions of Filipinos.