Too tired to cook? Let these take care of your Noche Buena | Inquirer Lifestyle ❮ ❯ 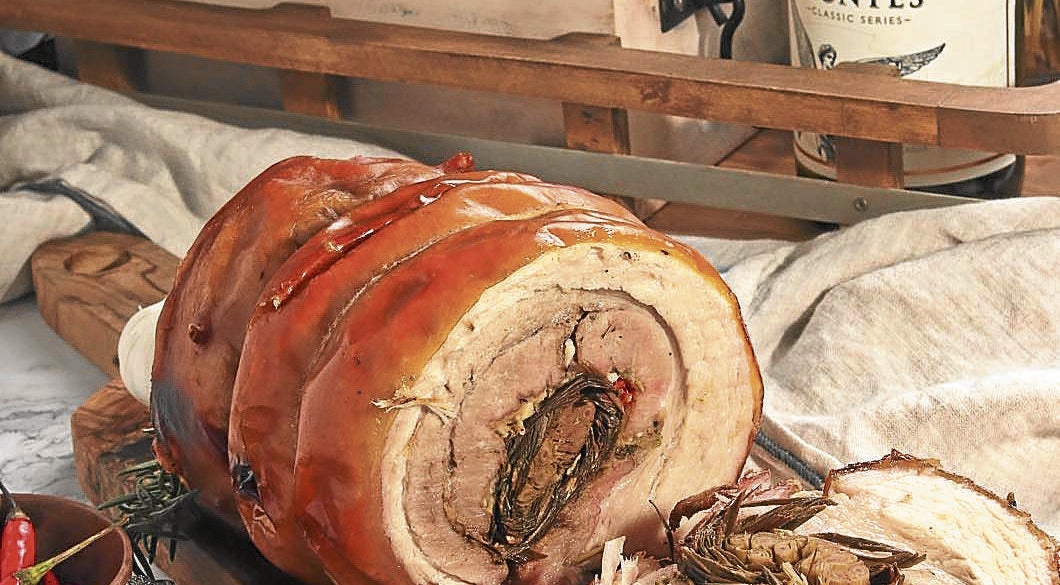 Too tired to cook? Let these take care of your Noche Buena

Still not sure what to serve during the holidays? Too tired to cook? Here are some great food finds that would bring joy to the whole family.

When the pandemic brought their other businesses to a halt, Ivyn Castañeda-Malabanan and Dr. Michael H. Malabanan started Bibeng’s Kitchen.

Their bestsellers are the lechon de leche with paella, cochinillo and Angus beef belly.

“We roast our lechon and cochinillo in my brick oven with coconut charcoal briquettes. My oncologist husband helps me roast them … it’s therapeutic for him,” said Malabanan. She also makes her own liver sauce.

Customers have been raving about their food, saying the lechon is “flavorful, tender and crunchy” and the beef belly is “delectable, tender and juicy.”

You’ll need to order three to four days in advance. “We do everything from scratch, and food done with love is yummier. Slow-cooked food is always best!” said Malabanan. (@bibengs_kitchen on Instagram and Facebook)

Professional cooks and other restaurant workers who have been in the food industry for over 20 years got together to form MNL Food Co. They launched Ang Kusinero, their flagship brand which specializes in East-meets-West roastings including their popular porchetta, cochinillo, Peking-style roast duck and Angus roast beef. I tried their porchetta and it was delicious. The skin was crunchy, the meat flavorful and it came with an assortment of sauces: salsa verde, soy garlic, barbecue, hot sauce, spiced vinegar and secret sauce.

Don’t be confused by the name—this isn’t dessert. Samyan’s Gai Tod Cake is a beautiful seven-inch savory cake that has a jasmine rice base layered with green papaya salad, shrimp and peanuts and topped with yummy Thai-style fried chicken and green chili sauce. Created by multi-awarded chef Thitid “Tonn” Tassanakajohn and executed by chef Gabriel Ong, the Gai Tod Cake is as delicious as it looks—it’s sweet, sour, salty and slightly spicy—and would be an attractive addition to any festive table. Order through www.thegridfoodmarket.com

Fans of Sebastian’s have been asking sorbetero Ian Carandang to create ice cream cake for years now and he’s finally done it. “It’s a perfect balance of cake and ice cream in one slice,” he said. Choose from three flavors: Birthday Cake, Pastillas De Leche and Dark Chocolate Decadence.

And for a final treat, Crinkle Chilly Burgers—ice cream sandwiches made with crinkle cookies. There are three flavors: white chocolate, muscovado and our pick, peppermint ice cream. https://sebastiansicecream.com

Max’s Corner Bakery serves your favorite Simbang Gabi treats in the form of cheesecake. There’s the Bibingka Cheesecake (vanilla chiffon, cheesecake, salted egg slices) and our pick, the Puto Bumbong Cheesecake which is topped with ube crumbs, coconut and muscovado sugar. Tel. no. 8887-9000 or delivery.maxschicken.com