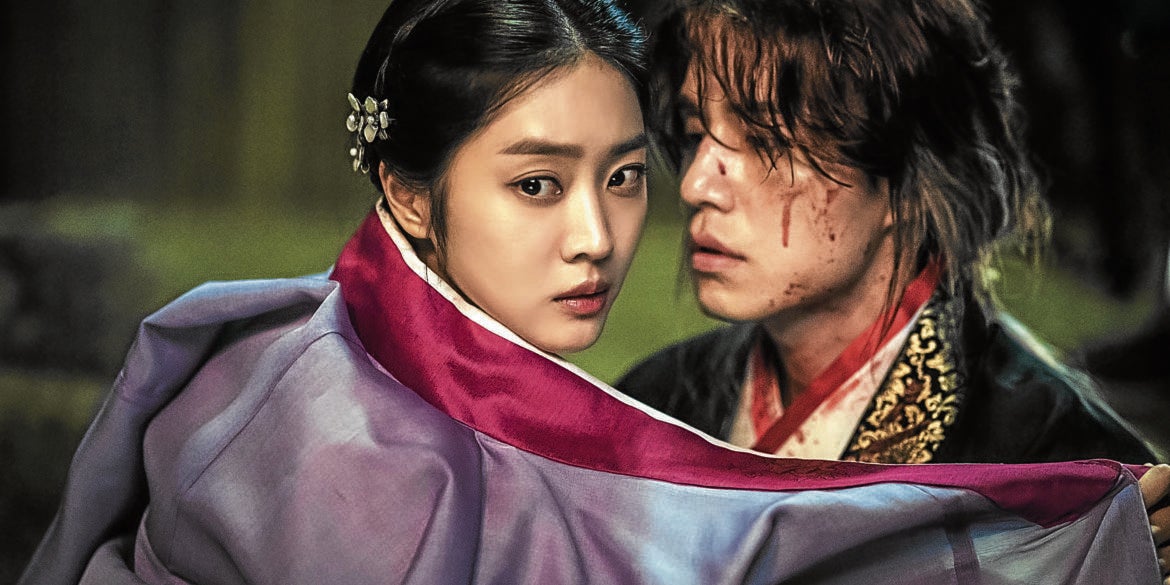 Why Lee Dong-wook is grateful to Pinoy fans

Lee Dong-wook loved one woman for 600 years in the series “Tale of the Nine-Tailed.” He plays the character Lee Yeon, a gumiho who has immense power over all living creatures under his care.

“The ability to manage nature, I think it’s awesome. He can let it rain where rain is needed. Let the wind blow where wind is needed. He can let it be sunny where sunlight is needed. I want to have the ability that can be used for the world,” Lee said in an exclusive interview through the streaming platform iQIYI.

Lee is one of the beloved Hallyu stars in the country. Some of his dramas include “Goblin,” “Hotel King” and “Touch Your Heart.” But he is aware that one of the dramas that made him popular in the country is the 2005 series “My Girl.”

“Filipino fans have been fond of me since I starred in ‘My Girl.’ It’s been 15 years since then. Thanks for your consistent love and for waiting patiently for my new show. For me, you are the surprise,” he told Super K.

His onscreen partner Jo Bo-ah told Super K that Lee made a lot of improvisation in the show. For example, after her character told him to run back to his woods and she won’t tell he came for a visit, he ran into the direction of the woods even though that was not part of the script. Jo said it made their scenes together more fun.

Your Filipino fans enjoyed your visit last year. They were so happy that you went back to get the cake they got for you. Please tell us what you enjoyed the most about your visit.

Lee Dong-wook (LDW): Now that you mentioned it, the moment comes rushing back to me. Haha. When I got there, the fans cheered for me in the shopping mall. That was impressive.

If Lee Yeon was a guest in your show “Lee Dong-wook Wants to Talk” what questions would you ask him?

There are a lot of dramas that depicted gumihos before. What makes this series different from them?

Did this drama just rewrite what gumihos are?LDW: Gumiho has always been a female role. As a man, it’s special to play this role. I’m very happy. Gumiho used to be a villain. while the gumiho I played protects the world and the people. That’s the biggest difference.

LDW: Many scenes were difficult to shoot because it was easy to get injured. You always needed to stay focused. Apart from that, I’ve had a good time.

Jo Bo-ah (JBA): Very good. All the actors, the crew and the director were very friendly and caring. So, the atmosphere there was always pleasant.

What similarities do you think you share with Lee Yeon? Does he have a quality that you like?

LDW: Lee Yeon is kindhearted. He loves all beings. By that, he gets to the position of the Mountain God. He even waits for his beloved woman for 600 years. I admire him for that.

What keeps you busy during the pandemic?

LDW: I exercise most of the time. Besides that, I meet up with friends, have a meal or a drink with them, leading a normal and peaceful life.

JBA: I watch movies and dramas at home. I’ve been watching the “Tale of the Nine-Tailed” recently to check my acting.

What’s the secret to maintaining your physique?

LDW: I’ve known Kim Bum for a long time. So, we felt comfortable during the filming. His preparation for and dedication to acting in particular touched me a lot.

JBA: I didn’t act in many scenes together with Kim Bum. But his performance is very attractive as he played the role of Lee Rang in a lovely yet pathetic way. That’s awesome.

LDW: Vanilla flavor is my favorite. I like mint chocolate, too.

There are many Korean folktales and rural legends that appeared in “Tale of the Nine-Tailed.” Which of them is your favorite?

JBA: I like the dragon Chi most. The more you watch, the more you understand this legendary creature. For example, when the dragon ascended to heaven with the wish-fulfilling pearl in its mouth, it was found by people and became Chi. These tales, though imaginary, are vivid. And I feel sorry for Chi.

If you can take a Gumiho out for a meal, where will you take him/her?

JBA: Flour weevil? Earthworm. (Laughter) In the drama, Jae Hwan said that the nine-tail fox liked earthworms and gave them to Lee Yeon as a gift. (Laughter) In real life, I have quite a different taste from that of Lee Dong-wook’s. The only thing we have in common is that we both like hot pot. I guess I will take him for a hot pot.

What made you decide to work on this project?

LDW: The role is about a male gumiho. This characterization attracts me. Besides, I have faith in the screenwriters and directors. That’s of great importance.

What are the preparations that you had to do for your role?

LDW: No special preparation. I only have one idea. That is to trust the screenwriter and have fun in the world he created.

If gumihos were real, would you chase after them like Nam Ji-ah or are you going to hide from them?

Jo: I would fall in love with him. (Laughter)

Binge “Tale of the Nine-Tailed” on iQIYI.