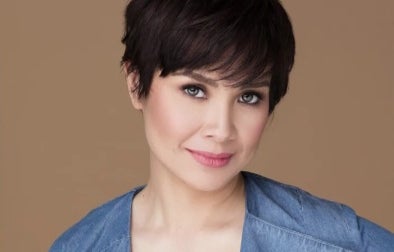 Lea Salonga headlines a concert that aims to provide relief to workers in Manila displaced by the COVID-19 pandemic. CONTRIBUTED PHOTO

MAKATI CITY, Philippines—After donating the profits of her latest single “Dream Again” to charities aiding in COVID-19 relief around the world, Filipino Broadway star Lea Salonga continues her mission to lend her voice in providing aid to those affected by the pandemic. This time, the Filipino singer aims to support workers in Manila displaced by the global health crisis.

Launched in August, “Dream Again” is a collaboration with composers Blair Bodine and Daniel Edmonds and is about resuming one’s dreams when the pandemic is over. And now, Salonga continues to inspire hope among the people as she headlines the Manila Hotel’s New Year Countdown.

Despite the global health crisis, the century-old establishment decided to continue its annual tradition, but with a more meaningful tune by donating part of the event’s proceeds, and a portion from its holiday promotions, to provide relief to workers in the nation’s capital who lost their jobs because of the pandemic’s devastating effects to the economy and the people’s livelihood.

Salonga started the month on a high note when her latest album, “Live in Concert with the Sydney Symphony Orchestra,” cracked the Billboard Crossover Classical Albums chart on the seventh spot. She shared the news on her Twitter account.

The album featured her performance at the Sydney Opera House, with songs that made her famous in Broadway, as well as her popular ditties from Disney animated films “Aladdin” and “Mulan.”

This time, the Tony Award-winning singer and Olivier laureate is expected to include Christmas carols on her repertoire for her holiday presentation, which also features pop diva Kuh Ledesma, world-renowned soprano Rachelle Gerodias, Korean baritone Byeong-In Park, Richard Reynoso, and the UP Concert Chorus.

But because of restrictions on mass gatherings imposed due to the Covid-19 pandemic, the New Year Countdown takes a virtual route this year and will be streamed via the Zoom online conference platform. Those interested to watch the concert and donate to the relief efforts are encouraged to contact the hotel or visit its social media accounts for details.

The hotel is also raffling off an overnight stay at the world-famous MacArthur Suite, valued at P500,000.