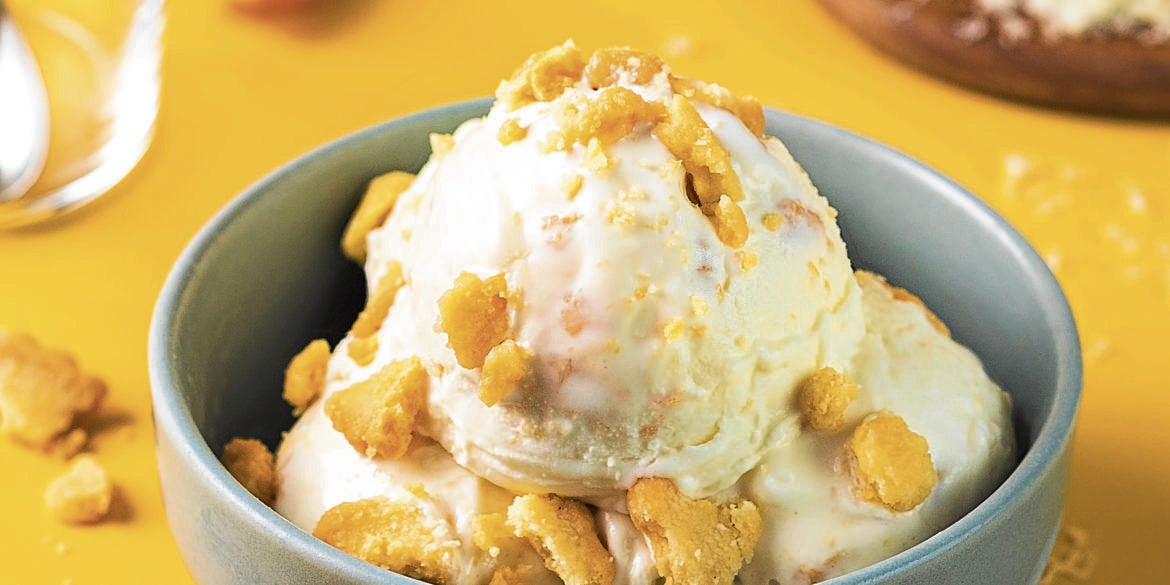 The pandemic drastically changed the way we eat. Yet, being resilient and adaptive, we managed to get by. How? With face masks, hope and a lot of food, of course.

In a year full of challenges, this was how we coped and ate.

Desserts came in so many flavors this year. There’s Yakult, choco butternut and the ube-cheese combo. But as with trends, they were fleeting, except for one, which pretty much dominated the whole of 2020—the Basque Burnt Cheesecake, which is actually an anticheesecake because it doesn’t have the typical biscuit base and has a dark-toned, crackly top.

Nonetheless, it’s delicious and has become the launchpad for many variations. Some were topped with fruits like mango, while others had black sesame, hojicha tea, and Kalinga Arabica coffee. The most unique one, perhaps, is the boba kind, an Earl Grey-flavored cheesecake with tapioca.

Baking was something people have always dabbled in, but that went into high gear during the pandemic. What was surprising was the number of pies that came out of this, giving us options aside from the usual buko, egg, apple and banoffee.

There’s the French silk pie, which is like chocolate mousse on a cookie crust; honey salted pie with macadamia nuts; and also an Earl Grey pie. Pastry chef Tracy Wei also launched Pie Day Manila, and her creations include a roasted pumpkin pie with orange flan, and a caramel passion fruit and cookies and cream number.

Pre-COVID, Manila had a good number of popups and four-hand dinners. But travel restrictions and social distancing prevented us from enjoying many of those this year. Then special brand collaborations happened around the third quarter of 2020, which more than made up for exciting one-offs. Local ice cream brands ruled this game.

Hapag restaurant further promoted Pinoy cuisine by launching a line with The Lost Bread and Auro Chocolate, with three flavors—champorado, espasol and bananacue.

Last October, Kumori and Manila Creamery came out with the limited-edition signature cheese tart gelato. It had a rich cheddar and cream cheese base studded with tart shell bits for texture.

Dalgona coffee and kori kohi, banana loaves and Korean cream cheese garlic buns, sourdough bread and garden focaccia, meal kits and frozen packs—these are just some of the items that made the quarantine food fad list. Many people ate up these trends, but none of them made as prominent a mark as sushi bake.

For those living under a rock, it’s basically maki turned into a casserole, eaten by wedging a spoonful in nori. It’s not limited to the traditional sushi, as it has spawned so many variations—from unagi and truffle scallop-topped ones to baked kimbap composed of ham and cheese. There’s also nacho bake with chips instead of rice, bibimbake or cheesy beef on kimchi rice, and shawarma bake using pita chips. It may not be everyone’s cup of tea, but no one can deny its longevity and the impact it has had on our quarantine eating habits.

As a result of the pandemic, a number of food establishments sadly closed this year. Among those caught in the crossfire were Century Seafood Restaurant, Chocolate Kiss in UP Diliman, Gourmet Gypsy Cafe and Nokal.

One closure that affected many is 12/10 by power couple Gab and Thea Bustos. Their last day of service was Oct. 31. For six strong years, it not only served Japanese-inspired fare, but also provided a kind of environment and vibe many people liked to revel in. The cocktails, much like the artsy interiors and youthful crew, kept customers in high spirits. Not all hope is lost, though. In their Instagram account, they left us with these assuring words: “We will see you all again in a different, hopefully much better, form, sooner than you’ll notice.”

Since getting out of Manila has become challenging, regional cuisine was brought to the metro. Kulinarya Pampanga, spearheaded by chef Sau del Rosario, gathered a group of Kapampangan chefs, handpicked their specialties, and made it available for everyone’s pleasure. Items in the menu include pindang damulag or carabao’s meat tocino, and tidtad (aka their version of dinuguan and kilawin), pork liver and lungs cooked slowly in spiced vinegar.Mommy Dolor’s Kitchen by the Yang brothers is responsible not just for sharing their family’s heirloom dishes such as hamonado and rellenong pusit, but also other city hits like mechado from Aling Mely’s Carinderia and the famous Betsy’s soft broas.

There were certain chefs and restaurateurs who were more active and prominent during the crisis. But the whole was greater than the sum of its parts. The industry people helped and motivated each other during the crisis.

Chefs traded not just food, but also notes and words of hope. Food media organized talks to spread information on what can and needs to be done during the quarantine. Writers and influencers found different ways to support and promote struggling businesses.

The camaraderie within the industry was strong and apparent, and when communities outside the circle were in need, F&B insiders immediately took action. When the country was hit with natural disasters, they sent help the best way they know how: by providing nourishment.