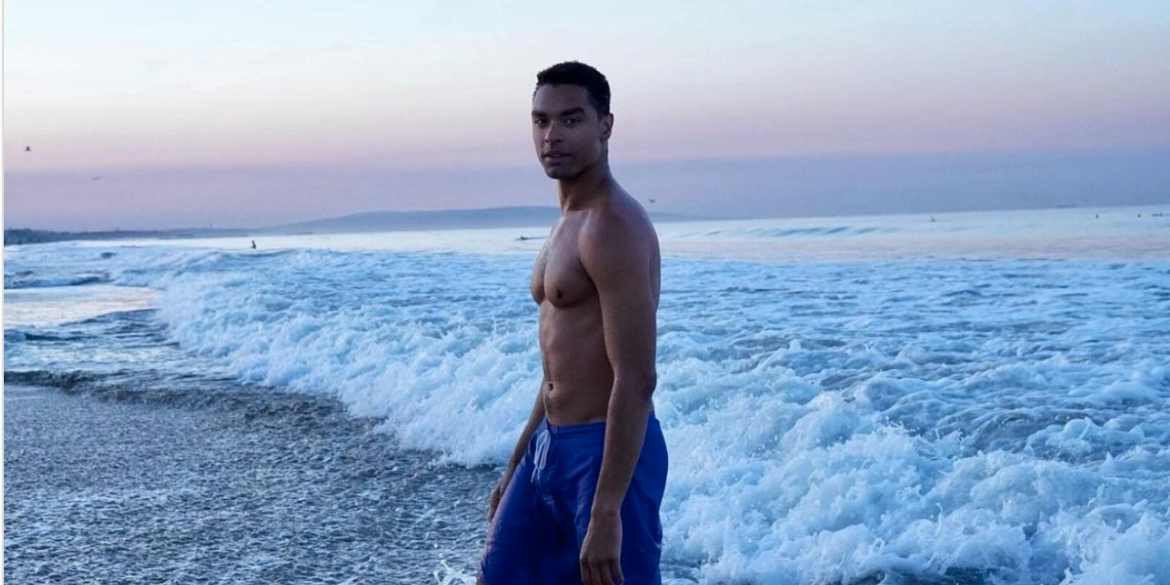 Come hither and hear more about our duke. His name is Regé-Jean Page, a man who plays every other woman’s unattainable dreamboat in Bridgerton. The Netflix show is what everyone binged over the holidays and dutifully sent a Telegram about to their girl friends. Bridgerton is by Shonda Rhimes, the same creator behind Grey’s Anatomy and Scandal.

The love over the show is based on this fact: We like fairy tales even as adults. Especially if Prince Charming is every bit of the hero we need in real life. On discussing race and diversity, Regé-Jean, who is biracial, knows he’s a “walking political statement.” He doesn’t mind skewing reality in a make-believe version of 19th century London. Regé-Jean says, “If we’ve endured white Jesus for this long, then folks can endure a Black Duke.”

1. How do you pronounce his name?

One cannot properly offer up affections to someone without knowing the delicacies of your paramour’s name.

He’s 31 years old, being born in 1990, but he seems to be quite covert about his birth month and day. When he turned 14, his parents moved from Harare to London. Regé-Jean is the son of a Zimbabwean nurse and an English preacher.

His education gives a testament to how he’s fulfilling his destiny. He attended the Drama Centre London after auditioning for two years. The school’s prestigious graduates include Michael Fassbender, Tom Hardy, Gemma Chan, Colin Firth, and Pierce Brosnan.

I’m going to ignore your boldness in asking that so bluntly. A Google search will yield results that say he’s single at the moment. Elite Daily does give a caveat in saying that he’s mum about relationships in general. As with the Duke of Hastings, there may be some trickery involved in his love life.

5. What are his other works?

IMDB tells us that Regé-Jean’s success was not an overnight endeavor. He has a couple of TV show stints and also movie credits (Survivor, Mortal Engines). Before Bridgerton, Regé-Jean would get recognition for his work on Roots. The miniseries on History Channel was a remake of the 1977 show and saw Regé-Jean play Chicken George—an enslaved person who proved to be skilled in breeding chickens.

No. In 2018, Regé-Jean was in For The People. It was a short-lived legal drama where he played Leonard Knox, the US District Court’s assistant attorney for the Southern District of New York.

Yes. In a feature with Interview, he describes his days in a band with his brother: “We were writing loud, angry, righteous guitar music and screaming at people with various colors in our hair.”

8. What’s one of his favorite albums?

An interview with InStyle offers us this valuable piece of information. He says that Tracy Chapman’s self-titled album is from his parents “with good taste.” “It’s still basically my Bible. I think there’s this incredible clarity and honesty that Tracy has in the album. People overuse the phrase timeless, but it’s completely timeless. There’s a pure, unfiltered humanity, and it’s the most moving thing I own still.”