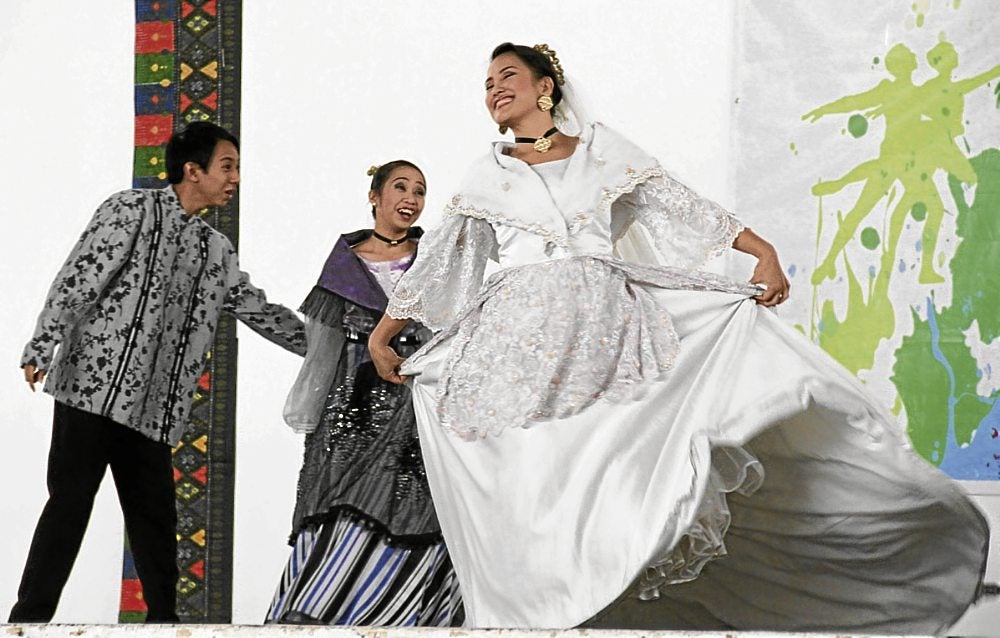 Now on its 10th year, Sayaw Pinoy has become the longest-running festival of the National Arts Month, renamed the Philippine International Arts Festival.

The dance festival has been crisscrossing the Philippine archipelago to bring the gospel of dance—from classical to modern, from indigenous to international and contemporary—for several years now.

On Panay Island, Sayaw Pinoy performed in Guimbal and San Joaquin towns in Iloilo province, at SM Iloilo City, and in Roxas City.

In all of the performances, the dancers were met with warm applause.

In Guimbal, for example, the male dancers of the Halili-Cruz Ballet Company became heartthrobs, with the local girls mobbing them after the performances and later lining up for their autographs.

The Halili-Cruz Company showed wide mastery of a gamut of dance forms, from classical ballet to contemporary. They even performed an interpretation of British pop sensation and Grammy winner Adele’s “Rolling in the Deep.”

Sining Bulakenyo colorfully did Spanish-inspired dances such as Pasadoble, Desposorio and Jota.

The MEV Dance Company also did classical ballet but proved impressive as well in doing jazz and tap dance.

The Melengas Dance Ensemble showed its mastery of Mindanao dance forms such as the Subanen, Kambuyang, Silong sa Ganding and Pangalay. At times, fiercely acrobatic and engagingly graceful, the Mindanao company showed the color and dynamics of Mindanao genres.

Shirley Halili-Cruz said the consistently warm and enthusiastic reception by provincial audiences to Sayaw Pinoy showed that Filipinos took to dance and the performing arts.

“I think that is what sustains Sayaw Pinoy through the years—the passion to promote arts and dance, the passion to share an event that uplifts the spirit,” Cruz said.

“If you hear how the audience appreciates the government effort to reach them through this program, you will forget the fatigue, the inconveniences and the difficulties.”