She flew out, and back on same day, to see her idol | Lifestyle.INQ ❮ ❯ 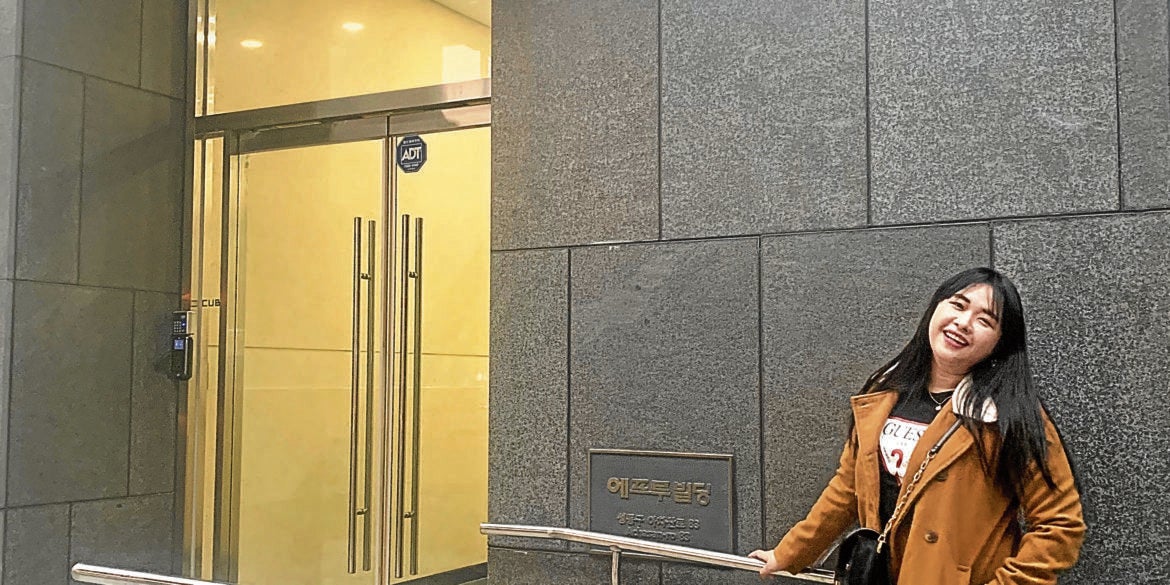 She flew out, and back on same day, to see her idol

Her mom asked, 'Is he even going to marry you?'

Three years ago, she told her parents that she was going on an overnight trip with friends. But what she really did was fly solo to Vietnam to attend Korean singer-actor Yook Sung-jae’s launch as brand ambassador for a beauty brand. She flew back home on the same day.

Twenty-nine-year-old Pam Tulin came clean to her mom two weeks later. Her mom laughed and asked, “Is he even going to marry you?”

Tulin knows that he won’t. But for her, like many others who love and support idols, it doesn’t matter. Yook treats all his fans like girlfriends. It’s enough to make hearts flutter.

The young entrepreneur started following the K-pop group BTOB when she first heard Yook sing “Loving You Again.” The song is from the OST of the drama “The Scholar Who Walks the Night” starring Lee Joon-gi.

“It’s really his voice that I liked at first. I was a busy gamer at that time and it took months before I even researched what he looked like. He turned out to be good-looking,” she said.

There was no stopping her since she became a Melody (BTOB’s fandom). She’s experienced lining up the entire night in Ilsan, Korea, for a fan sign event of Yook. She also gave away a ticket to his fan meeting to support the maknae (youngest) of the group. In one of the brands that Yook promoted, she bought T-shirts to get into the event. She gave them to her father and brother. They joked about her giving them gifts for no reason.

“What they didn’t know was, I bought those shirts to get inside the event venue,” she said.

Tulin wishes that Korea was just one taxi ride away because traveling for your fandom can be expensive. But she says that all her efforts are worth it.

In one concert, she heard Yook greet his fans in Filipino. She saw Yook smile and wave at her during a fan event when her friend pointed her to him. And she has made plenty of friends along the way.