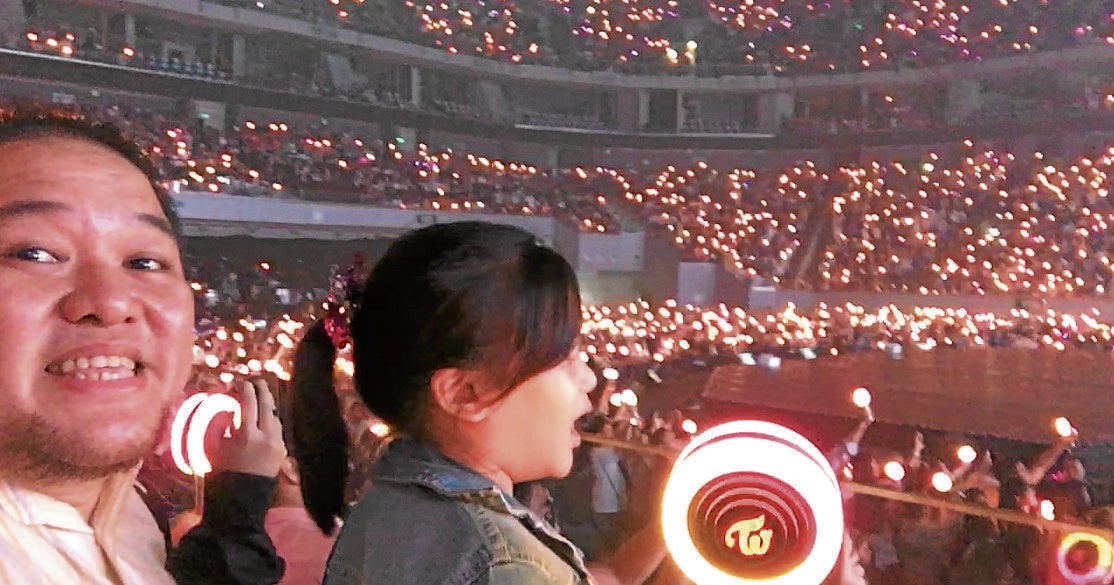 This dad is an original K-pop fanboy

'Fans of local celebrities usually focus on one person, band or love team. K-pop fans are part of a movement'

Niel Oliva is a cool dad. He’d watch BTS videos with his children, chaperone them to concerts and, most of all, he is a “lumang tao of K-pop.” The term is applied to the proud Filipino fans who have loved K-pop since the second-generation idols.

They include legends such as TVXQ, Super Junior, Big Bang, Wonder Girls and Girls’ Generation. Even their names evoke nostalgia and happiness for titos and titas who have been listening to K-pop since the late 2000s.

It was around that time the 43-year-old Oliva started listening to K-pop. He said, “In 2010, my friends and I were drinking and while browsing through channels, we saw ‘Abracadabra’ by Brown Eyed Girls playing on Channel V. We all got hooked on K-pop that day.”

His ultimate bias is Girls’ Generation. He said that the group was a breath of fresh air. He loved how their videos were so different from the ones from the United States that were “full of profanity and sexual content.”

He once lined up in a mall with fans half his age for the meet-and-greet of 4Minute. But Girls’ Generation became his ultimate bias. He explains that it might be because they grew up as persons and as artists before his eyes. The group paved the way for the next generation of other girl groups.

His love affair with K-pop continues in 2020. He now loves Twice, Red Velvet and Blackpink.

Lifestyle asked him what sets a K-pop fan apart from fans of local celebrities. He cited the focus as the main difference.

“Fans of local celebrities usually focus on one person, a band, or a love team. K-pop fans are part of a movement,” he said. “If you look at a K-pop fan’s playlists, there’s always one playlist for his/her bias, and another K-pop playlist containing other artists. They would probably also love to watch Korean dramas, pig out at samgyup joints, and prefer soju Yakult as default inuman cocktail.”

The love for the genre was passed down to his children. His son Matthew, 19, has a crush on Dahyun of Twice. Matthew discovered the girl group during their “Signal” era in 2017.

His daughter, Reese, has been listening to Girls’ Generation songs since she was born in 2012. She is now a fan of Twice, Blackpink and BTS. Their love of K-pop gave the family reasons to bond.

For her seventh birthday, Oliva gave Reese the choice to celebrate dressed up like a princess and party with her friends or watch “Twicelights” in Manila live. It was a no brainer. She chose Twice.

Oliva said that the VIP tickets for that concert were the most expensive things he has spent on as a K-pop fan. His son was in the mosh pit while he and his daughter were in the seated area.

Oliva says K-pop is okay for his children to love because he finds the conservative Korean culture close to Filipino values. They take care of their image, making sure they don’t get involved in any scandal.

And, finally, for this reason: “If there are any profanities in the lyrics, kids would have no idea what they’re saying,” the dad said with a laugh.