Will fly (only) for EXO | Lifestyle.INQ ❮ ❯ 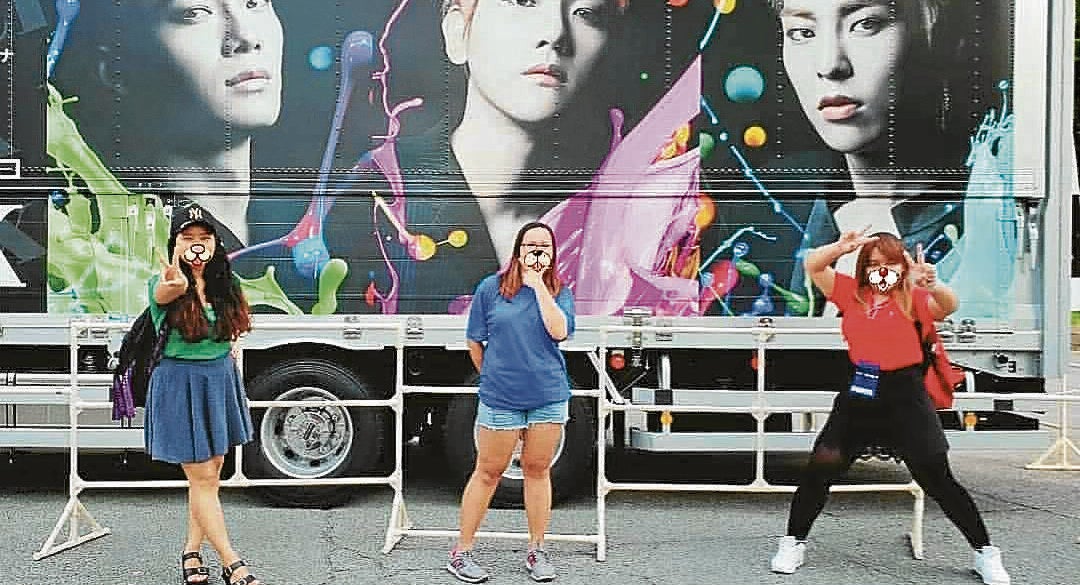 The author (center) and her friends at an event for EXO-CBX (Chen, Baekhyun and Xiumin)

Will fly (only) for EXO

“A person’s life can become another person’s scenery.”

EXO’s Kai quoted this from the book “A Traveler’s Read” by Lee Hee-in, during a speech for the 2014 SBS Gayo Daejun.

The quote remains important to me because since I became a K-pop fan, I’ve been to four countries and traveled a lot—all for the sole reason of seeing my favorite group, EXO.

All the times I flew out of the country were for concerts, fan meets or comebacks. I haven’t really done any sightseeing or traveled solely for leisure purposes, because often I’d arrive on the day of the concert (or a day before), watch the concert, then fly back home the next day.

I’m not really a fan of flying and packing. I get homesick so I prefer to keep my trips abroad short. The only reason I’m encouraged to fly is because I want to see my bias often. I don’t have much of a choice because EXO only comes to the Philippines once a year and most of their schedules are in Korea.

My favorite activity as a fangirl is attending concerts. Actually seeing them in person performing songs you are very attached to while you are surrounded by fellow fans who love and appreciate the same people you love—the feeling is very rewarding. There is a huge sense of belongingness inside concert halls, a feeling of fulfillment in actually seeing your favorite people on stage where they shine the brightest.

Right now, because the boys are in the phase of mandatory military service, I’m contemplating going on a real, personal vacation. The pandemic makes me feel sad and worried if concerts will be possible again. But when they were active, all my travel plans were only focused on going to concerts because they were the “sight” I wanted to see the most.