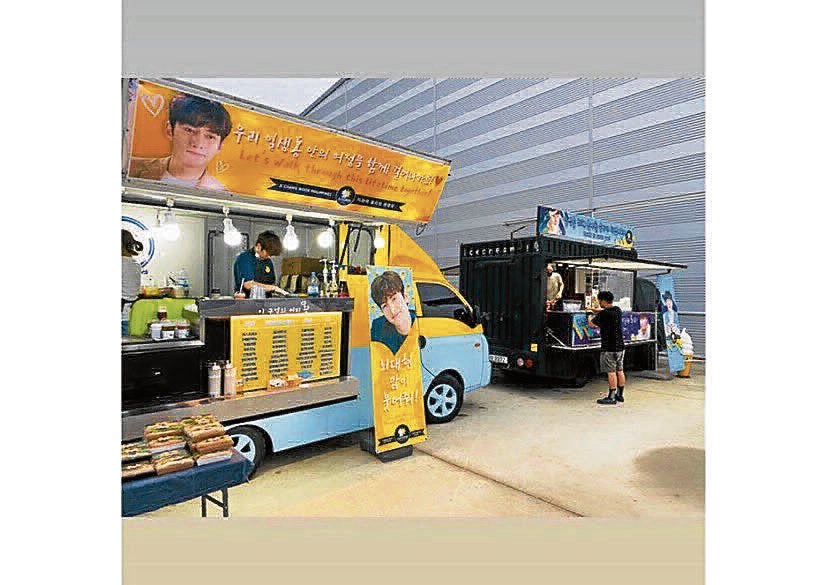 Ji Chang-wook Philippines sends a food truck to the actor to support him in his drama.

The life and loves of Hallyu fangirls/fanboys

The devotion and adulation is understandable. Korean celebrities are known to put their fans first above anything else

Being a Hallyu fan is being part of a movement.

This is the wisdom shared by a Hallyu fan interviewed by Lifestyle for this special issue, that lets us in on the unique Korean fandom culture and the individual stories of Filipino fangirls and fanboys. K-pop and K-drama fans not only buy albums and watch K-dramas, they dive deep into the culture, language, food, and everything in between.

This is what sets a Hallyu fan apart. Their being a fan doesn’t end with acquiring CDs they won’t even play because everything is on Spotify anyway. There will always be something to collect and there’s always an excuse to interact with fellow fans.

For example, the same album might contain different sets of photo cards, and there are two ways to complete all photo cards. You can either buy more albums and hope you get a different set of photos or you can swap with another fan who has doubles.

The process is so simple, and it allows fans to get to know each other. Trust is built and, over time, friendships develop. It’s not unheard of for a fan to send gifts to a fellow fan abroad. Sometimes locals would host foreign fans and welcome them into their homes so they could watch concerts and fan meets together.

Hallyu wave is Korean, but the fan culture is global.

Being a fan is expensive. All of them will complain of the cost of the merchandise and the flights to Korea, but they will also tell you that it’s worth it. A Hallyu fan is someone who values the experience. They revel in the stories of breathing the same air and being in the same space as their idols.

This level of devotion and adulation is understandable. Korean celebrities are known to put their fans first above anything else. Listen to or read any interview with Korean stars or idols, and you’ll notice that they always make sure to include the fans in the conversation. They know that the lifespan of their careers depends on the support they get. Idols are known to say that their girlfriends are their fans. It’s not a lie when they say they live for their fans’ love.

Being a Hallyu fan is about giving all the love that you have in your being, and knowing you will get it all back.