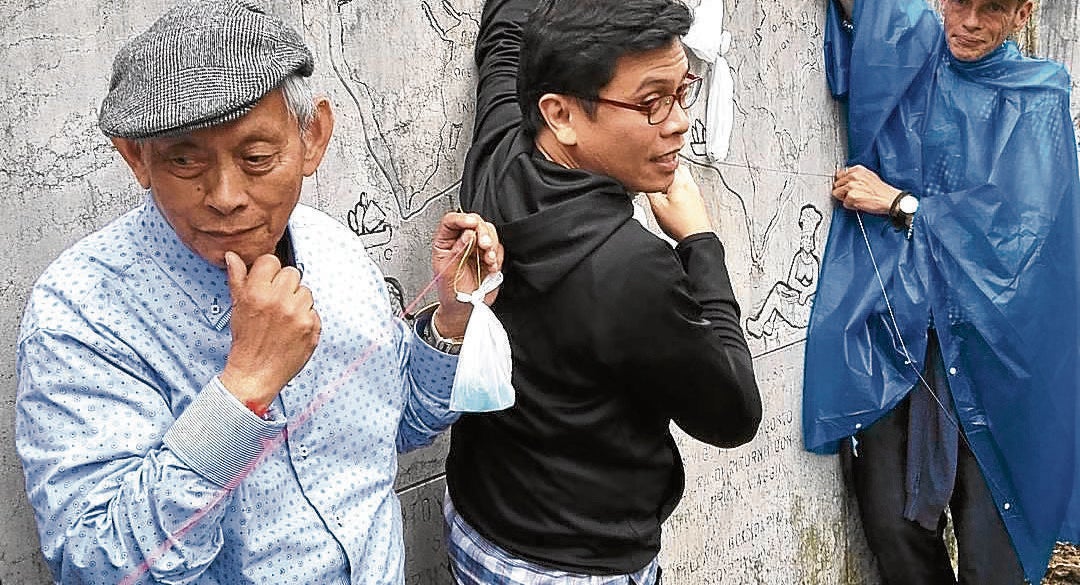 Memories of David Medalla at the 2015 Venice Biennale

News that Filipino artist David Medalla had died at 82 just before New Year’s Eve brought back memories of time with him at the 2015 Venice Biennale. The kinetic artist known for his “Cloud Canyons” sculptures was one of the featured artists at the event—notable as it marked the Philippines’ return to the Biennale after 51 years.

We were whisked off to Vicenza. In the rain that greeted us like a benediction, we gathered around a statue of Antonio Pigafetta who chronicled the Magellan expedition and credited for placing the Philippines on the world map.

Medalla instructed us to choose something we owned, place it in a small plastic bag, and attach it to the string that he and partner Andy Nankervis tied around Pigafetta’s pedestal. We were paying tribute to the chronicler with a personal token (a boarding pass, a pen, a woven bracelet).

This ancient practice can be traced back to the ex voto or votive offering, a token of gratitude offered to a saint or divinity for surviving everything from a storm at sea to a grave illness.

The excursion to Vicenza was Medalla’s nod to the theme of the 2015 Venice Biennale, “Tie a String Around the World,” but it was also a reference to his other famous work, “A Stitch in Time,” started in 1968 when he gave two of his ex-lovers a handkerchief each, a pack of needles and several spools of thread. His only instructions were for them to stitch anything they liked on the handkerchief—names, drawings or messages.

This would lead to his works in the early ’70s when the artist encouraged people to get involved in the production of a piece. Audiences were urged to sew small personal objects onto a large cloth in a public space. The resulting pieces are a testament to the collaborative efforts of the artist and his audience.

In 2015, Medalla was already in his late 70s and came across as an eccentric but kindly old man, always ready with a mischievous smile. When I remarked upon his duffel bag emblazoned with a vintage map, he replied, “I carry the world in my hand!”

One evening, the Filipino contingent headed out to dinner. It was a busy night and the kitchen staff forgot to prepare one dish—Medalla’s. He may have been tired or really hungry but his anger at the waiter who he blamed for botching up the order was truly frightening to behold. At one point, the waiter made like he was going to punch Medalla, but fortunately was pulled away by the chef.

Near midnight on our last night in Venice—before I traveled on my own to Ravenna and Florence—we were waiting for a vaporetto (water taxi) to take us home when who should float by on a private boat but Medalla with Paolo Rosso, a curator and close friend of the artist. We carefully piled into his boat and sailed into the balmy darkness of a Venetian summer.

Even in the shifting light cast by the lamps on the boat and along the canal, I can still picture Medalla sitting there, flashing his mischievous grin.