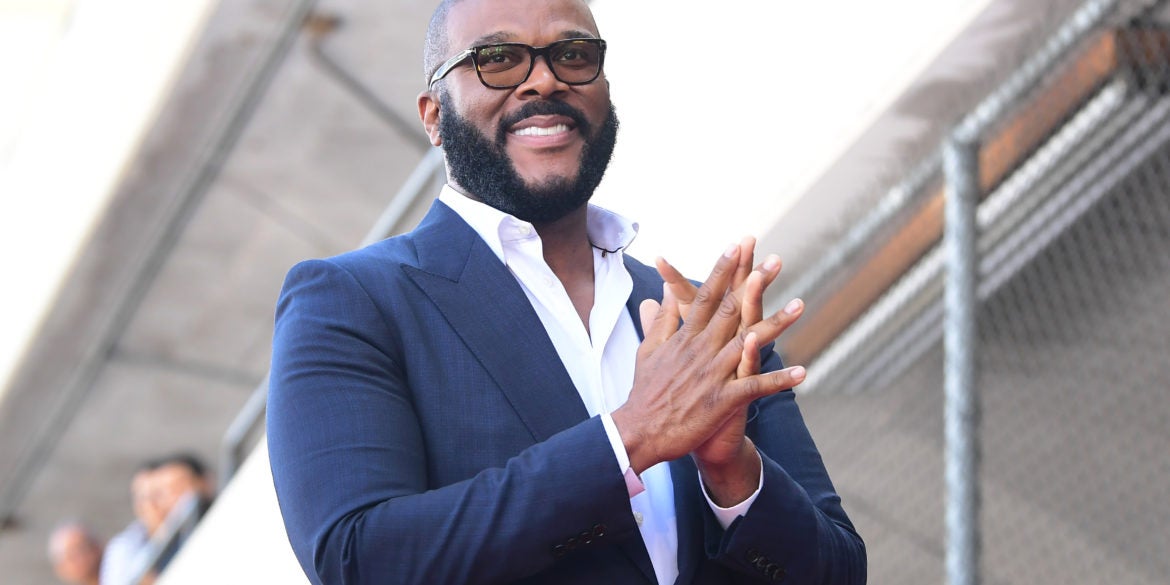 (FILES) In this file photo taken on October 01, 2019 actor and director Tyler Perry attends his Hollywod Walk of Fame Star ceremony in Hollywood, California. - US filmmaker Tyler Perry will receive an honorary statuette at this year's Oscars for his humanitarian work, including efforts to get the entertainment industry safely back to work during the pandemic, the Academy announced December 14, 2021. (Photo by Frederic J. BROWN / AFP)

US filmmaker Tyler Perry will receive an honorary statuette at this year’s Oscars for his humanitarian work, including efforts to get the entertainment industry safely back to work during the coronavirus pandemic, the Academy announced Thursday.

The Black entertainment mogul has set up a self-contained, 330-acre (133-hectare) production “campus” at a Civil War-era Confederate military base in Atlanta, Georgia, where hundreds have been employed while Covid-19 shuts down productions in Los Angeles and elsewhere.

“Tyler’s cultural influence extends far beyond his work as a filmmaker,” said David Rubin, the president of the Academy of Motion Picture Arts and Sciences.

“He has quietly and steadily focused on humanitarian and social justice causes from the beginning of his career, caring for people who are most often ignored.”

The 51-year-old Perry — a producer, actor, writer, and director — first achieved mainstream US success with his outspoken grandmother character Madea in the 2005 movie “Diary of a Mad Black Woman.”

A string of Madea films followed, all with Perry in drag in the role of the title character.

His films, TV shows, and plays have since made him a household name in the US, especially among African Americans, and he became a billionaire last year, according to Forbes — but he remains relatively little-known abroad.

Perry was separately honored at television’s Emmys, which were held virtually in September.

The Jean Hersholt Humanitarian Award has been handed out by the Academy for most years since 1957, and last went to “Thelma & Louise” star Geena Davis for her work promoting gender equality in media.

In recent years, the prize has been awarded at the Academy’s separate Governors Awards ceremony, held in Los Angeles before the Oscars, but that event has been canceled this year due to the pandemic.

Perry will receive his at the 93rd Oscars, due to take place April 25, which will also see a second Jean Hersholt award handed to the Motion Picture and Television Fund.

The MPTF, co-founded by silent era megastar Mary Pickford a century ago, offers financial relief and other services to struggling entertainment industry workers.

The Academy changed its rules for one year only to allow an institution to receive the honor, for the first time.

“The organization’s contribution during the pandemic has made a significant impact on the entertainment community, providing social services support to nearly 9,000 industry members in 2020,” the Academy said.