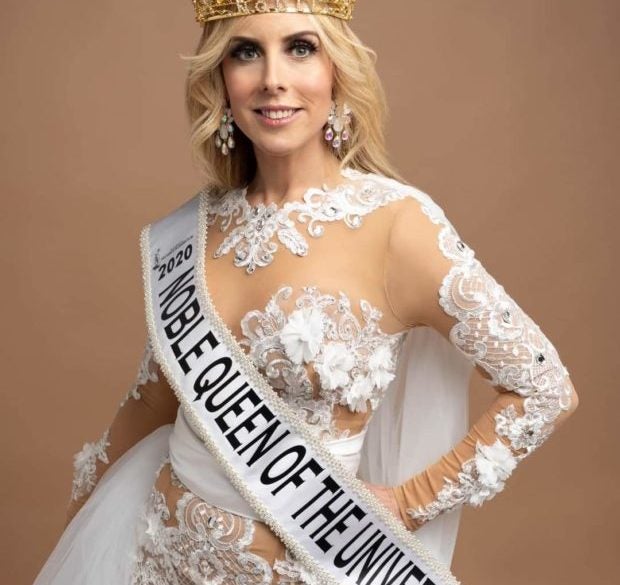 MAKATI CITY, Philippines — An American woman married to a Filipino immigrant in California in the United States was proclaimed Noble Queen of the Universe in a virtual pageant organized in the Philippines.

Megan Camaisa, who has been actively engaged with an organization promoting the welfare of Filipino-Americans in Southern California, succeeds Filipino actress Patricia Javier, who was crowned in the pageant’s maiden edition staged live in the Philippines last year.

The new queen said she joined the competition because she chose “to see the bright spots in the dark days” by participating in a competition “that focuses on advocacy and philanthropy, rather than how a woman looks outwardly.”

The US-based queen has also been involved in projects that help uplift the lives of those in need in different parts of the Philippines.

“I will pursue my advocacy in helping the poor and homeless through venture philanthropy. I will also dedicate my energies in empowering women all over the world,” Sanchez said.

“I will be blessing a newly-constructed home for a homeless family courtesy of the Noble Queen franchise. I am so blessed that I have found this sisterhood who has fully supported my advocacy to help the homeless and provide food, shelter, and sustainable livelihood for them,” she added.

Sixteen women from different parts of the world took part in the second staging of the global tilt, organized by the Noble Queen of the Universe Limited Inc., a group headed by Filipino philanthropist Eren Noche.