In 2020, we were all the raped daughter in ‘Kisapmata’ | Inquirer Lifestyle ❮ ❯ 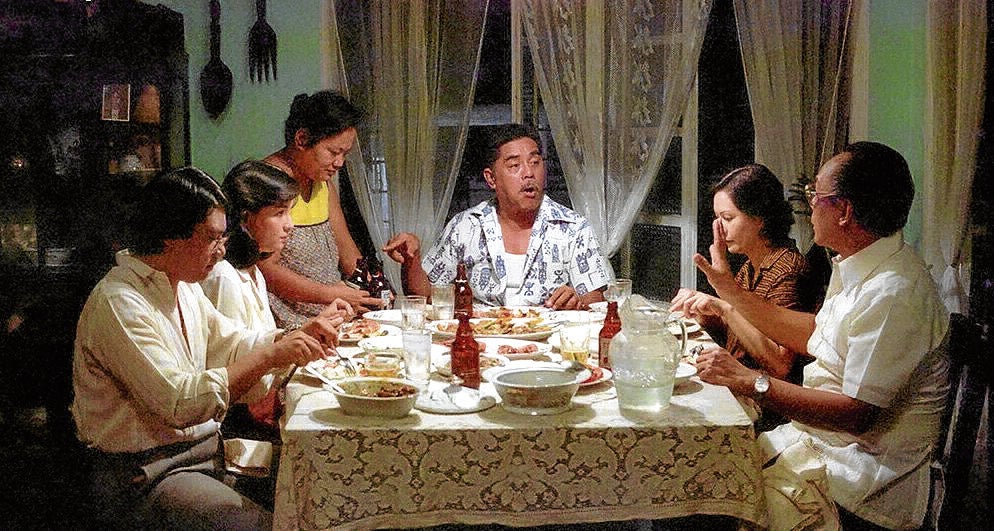 In 2020, we were all the raped daughter in ‘Kisapmata’

Whenever I watch a Philippine news video and hear President Duterte’s slurred, dry drunk voice, like when he joked that he wished he could have raped an Australian missionary before she died in a prison riot, or when he praised Hitler and thought drug users should be executed, or when he told the Philippine Army to shoot and kill the Left, I always remember a poem by Sylvia Plath. “Daddy” was published in 1960, eight years before the global riots led by angry young women and men in the streets of Berlin, Paris, Mexico City, London, Oakland, Coalisland in Northern Ireland and elsewhere. Closer to home, Plath’s poem was published five years before the rise of the first dictator, Ferdinand Marcos, who would rule with an iron fist along with his wife Imelda for 21 years.

Plath writes: “I have always been scared of you… / … Not God but a swastika / So black no sky could squeak through. / Every woman adores a Fascist, / The boot in the face, the brute / Brute heart of a brute like you.”

I have always hated and been disturbed by the line “every woman adores a fascist.” Because for Filipinas, I think it’s true. Our patriarchal Catholic culture adores violent fathers and reveres female servility, obedience and docility. The hallowed name of Mary of Nazareth, or “Maria,” was a first name imposed on Catholic females by devout families.

Filipino parents wanted to follow the holy fathers of the Vatican Church who desired to spread the cult of Mary after the Second Vatican Council to suppress the rise of the women’s movements in the late ’60s. Plath’s persona in the poem is a submissive, feminine figure with a love-hate relationship with “Daddy” or some older male.

The poem references fascist images: the persona’s fear of her paternal figure (“I have always been scared of you”), a swastika as a symbol of his violent power, the darkness that suggests the presence of Daddy and his shiny black boot on the persona’s submissive body (“The boot in the face”).

In Mike de Leon’s 1981 Filipino noir film, “Kisapmata,” gorgeously restored after its Cannes festival screening in 1982, we meet an imposing, violent father not unlike Plath’s patriarch. In the film, Dadong Carandang, brilliantly played by veteran actor Vic Silayan all sneering and seething, is a foul-mouthed drunk. An important detail of Dadong’s life that transforms “Kisapmata” from a crime drama to a narrative of our authoritarian present is that Dadong is a violent retired policeman who terrorizes his meek wife Dely (Charito Solis) and rapes his adult daughter Mila (Charo Santos-Concio).

The film debuted in 1981 at the 7th Metro Manila Film Festival without controversy or censorship from the Marcos regime. After all, when it was shown, the film was based on a news feature written by National Artist for Literature Nick Joaquin on the real-life murders committed by a retired Filipino policeman who murdered his family and then shot himself in January 1961.

To further frame the film as a crime story, the original film poster for “Kisapmata” showed the photographs of the actors playing the roles of the cursed family imposed on a newspaper banner that reads: “Retired Cop Kills Wife, Daughter, Son In-Law, Self.” Yet the film, as some film scholars have noted, symbolically suggested Philippine life under the Marcos dictatorship.

Structured around the journal entries of the sexually abused daughter Mila, the film appears as a suspense thriller about a violent rapist father, an ex-cop who murders his family and then commits suicide. The film followed the events of the actual crimes, and was set during a sacred time for Catholic Filipinos: Pasko, or Christmas. With the film’s crime story and with the background of Christmas, “Kisapmata” intentionally disturbs the wholesomeness associated with the Yuletide season and offers an anti-Christmas carol. Nothing is sacred here and what is “born” or what emerges are violence and horror that bares itself and then disappears in a flash or in a blink of an eye (kisapmata).

On Dec. 18, 2020, De Leon cleverly released a one-day free screener of his restored masterpiece for Philippine and global audiences a few days before Christmas. Close to four decades after its first screening, and with a current Filipino president nicknamed Tatay (“father”) Digong by his followers, De Leon’s noir drama takes on new symbolic richness and relevance.

As writer Aaron Hunt put it, “In ‘Kisapmata,’ [De Leon] drew a line between then-dictator Ferdinand Marcos and the incestuous father character in the film, ex-police officer Dadong Carandang (Silayan). Today… monstrous Dadong now resembles Duterte in 4K.” The timing of the screening purposefully frames “Kisapmata” as an anti-Christmas carol and antifascist allegory.

More than a film about the taboo of incest, De Leon’s film is an “allegory” or a symbolic story of Filipino life under fascism. In “Kisapmata,” the violated daughter Mila serves as a symbol of the national body. Mila carries in her womb the incestuous violence of the Philippine state—her father Dadong rapes her regularly in their perennially dark home, a house full of secrets shown at the start of the film.

One scene that visually suggests Mila as the Philippine nation shows Mila saying goodnight to her beloved fiancé Noel (Jay Ilagan), whose name literally means “the feast of Christmas.” Noel has no idea of the unspeakable horror that Mila experiences in “The House on Zapote Street,” the title of Nick Joaquin’s reportage on the murders. The camera shows the beautiful and melancholy face of Mila, illuminated by the street lamps and framed by the barbed wire on the gates of her “prison,” her family home.

In 2020, we were all Mila, trapped in a violent home ruled by a mercurial drunk father given privilege and authority by the Philippine state. Watching De Leon’s film after four decades feels familiar and disturbing, a perfect holiday film meant to provoke difficult discussions about what must be done to end the reign of violent fathers. —CONTRIBUTED

The author teaches at State University of New York at Stony Brook. She is writing a book on Philippine culture after authoritarianism.