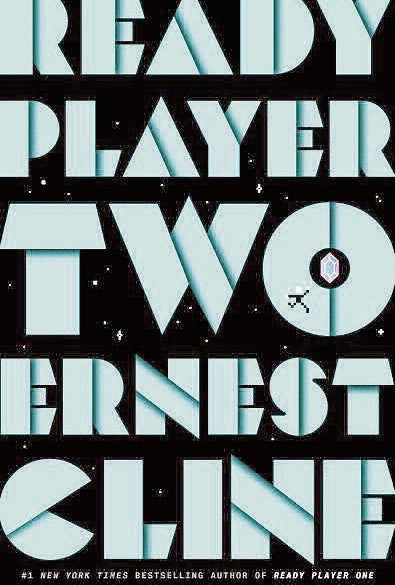 The cover for “Ready Player Two”

With nostalgic themes and digital action similar to the original, what makes Ernest Cline's sequel is that the quest is not about treasure but love

When the original novel “Ready Player One,” a 1980s nostalgia trip disguised as a novel about gamers that originally came out in 2011, became a just-as-successful Steven Spielberg film, Ernest Cline started writing the sequel while on the movie set. But even if he had absolutely no plan to write it, COVID would have made a convincing case for “RP2.”

How many people, right now, would wish for a massive, unbelievably immersive multiplayer simulation to escape loneliness and despair? If Cline didn’t write it in 2020, someone else would have.

“Ready Player Two” begins right after Wade Watts, aka Parzival, wins the contest that makes him owner of the Oasis, the simulation game billions all over the world are into. He discovers that James Halliday, its eccentric founder, has left another riddle and a new quest for a mysterious prize that will change life as they know it. There’s a new, more powerful enemy who’s equally dangerous in the real and the virtual universe; Wade will need the help of each of his old friends if he wants to save not just the Oasis, but the world.

The result is an even longer and complicated journey through the ’80s: “Pretty in Pink,” “Macross,” “The Great Space Coaster,” “Purple Rain,” etc… there’s something for every Gen X reader in “RP2.”

There are enough references to the first book—whether you read it or not—for you to recognize the landscape on this second trip to Wade’s world. Even if you barely understand role-playing games, never watched the movies, or don’t know the lyrics to the songs, the references are popular enough for you to settle in.

Cline has spent a lot of time in character development: His squad’s personal issues after they become the richest and most popular people on the planet take up several chapters. Once he actually gets to the quest, he details the action so thoroughly you can’t help but create an “RP2” movie (already in the early stages of development) in your mind.

The ending, like the book itself, is unexpected but inevitable; it also means there won’t likely be an “RP3.”

With nostalgic themes and digital action similar to the original, what makes “RP2” different? The second quest is not about treasure; this time, the prize is love—love that makes you willing to risk world chaos to win. To compare this book to the first one is to miss the invitation to a different nostalgia trip, because more than the Sega games we played and the John Hughes movies we watched, it’s romantic adventures that gave us adrenaline highs and wrote the soundtrack of our lives.

To those who accuse video games of making us lose touch with reality, “RP2” proposes a future world that is as real as the one we live in now.

If the purpose of life is to set goals and achieve them, to learn from mistakes and discover truths about oneself, to love and be loved—who says we can’t do all that online? What seems to be mere entertainment can be an epic life lived without ever leaving home. It may be the next level waiting for us—if we’re ready. —CONTRIBUTED INQ

Available from Fully Booked and fullybookedonline.com.