Why 1st circumnavigation is not the ‘discovery of the Philippines’ | Lifestyle.INQ ❮ ❯ 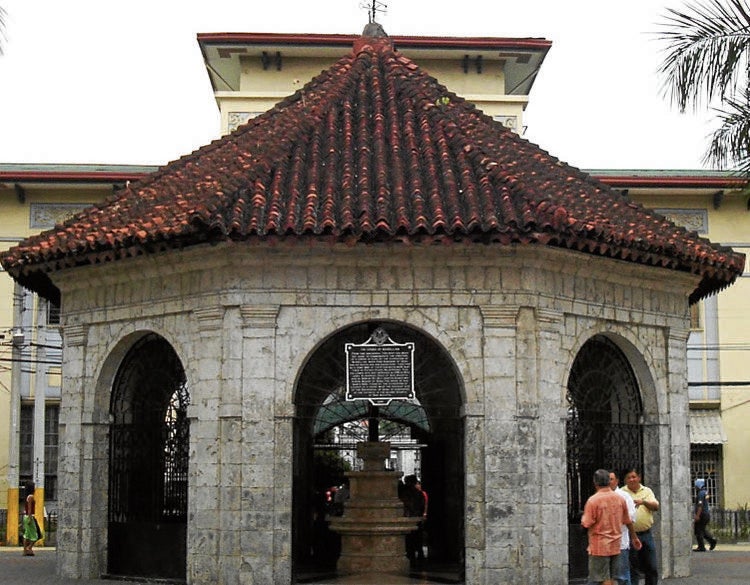 Why 1st circumnavigation is not the ‘discovery of the Philippines’

In December, the National Historical Commission of the Philippines (NHCP) released the calendar of events for the National Quincentennial Commemorations, marking the 500th anniversary of the Victory at Mactan, the Philippines’ role in the first circumnavigation in the world, and other related events.

The events are being spearheaded by the NHCP’s National Quincentennial Committee (NQC) which already hosted a number of activities such as physical and online lectures after it was officially launched in December 2018.

This committee was created in 2018 through Executive Order No. 55 solely for the 2021 Quincentennial Commemorations in the Philippines, or 2021 QCP, which will mark the Victory at Mactan on April 27 and the Philippine part in the first circumnavigation from March 16 to Oct. 28.

In a message, the organizers said that “the NQC maximizes the worldwide commemoration of the 500th anniversary of the achievement of humanity in circumnavigating the planet for the first time in underscoring the fact that our ancestors have had flowering civilization upon the arrival of Magellan in 1521.”

It is also “the reason the NQC calls the milestone 500th anniversary of the Philippine part in the first circumnavigation of the world instead of the contentious phrases ‘discovery of the Philippines’ and the ‘arrival of Magellan.’”

Part of NQC’s programs is the National Memory Project, a one-stop resource, a catalog of Philippine history publications, images, maps and objects, and the online lecture portal where people can access past lectures for free.

The commemorations started Jan. 17 with the 100-day countdown at Liberty Shrine in Lapu-Lapu City in Cebu which included the launch of the music video involving various artists of the quincentennial theme song, “Bagani.”

A number of historical markers will also be unveiled at sites which are directly related to the events in 1521.

These markers will be unveiled in Calicoan and Suluan islands in Guiuan as well as at the newly restored Guiuan Church on March 16. On the dame day, the Guiuan Museum is going to break ground.

On March 18, the 500th anniversary of the Philippine-Spanish Contact, a marker will be unveiled in Homonhon Island also in Guiuan.

During the 500th anniversary of the Cebu part in the first circumnavigation in the world, a marker will likewise be unveiled at Cebu City’s Plaza Sugbu on April 7.

The day will start with a simultaneous nationwide flag raising and wreath laying rites in public plazas and monuments.

The events also include military honors for Lapu-Lapu, and the Lapu-Lapu Memorial Shrine and Museum groundbreaking in Lapu-Lapu City; historical markers unveiling in the same city for Mactan, Lapu-Lapu and Ferdinand Magellan; and the lighting in blue of various sites in the country including the iconic statue of Jose Rizal in Luneta.

There will also be the Quincentennial D-Day Evening Show at Liberty Shrine in Lapu-Lapu City and Metropolitan Theater in Manila, which will open on that day after four years of restoration.

A drone show will be held in Mactan with a grand fireworks display at Marcelo Fernan Bridge linking Mandaue and Lapu-Lapu City, and the illumination of the newly built Cebu-Cordova Link Expressway.

Commemorations will also be held in a number of foreign service posts.

The winners of the Quincentennial Art Competition and Lapu-Lapu National Monument Design Competition will be announced on Feb. 26.

From March 24 to March 26, the Spanish Navy training ship Juan Sebastian Elcano will visit the country. Elcano, whom the ship was named after, later took over the expedition after Magellan was killed in Mactan and completed the first circumnavigation of the world, arriving in Spain on Sept. 6, 1522.

Celebrations for the 500th anniversary of Christianity will be held in Cebu City on April 14. They will be led by the Catholic Bishops’ Conference of the Philippines with the Cebu City government.

These are the Annual Philippine Studies Conference at the School of Oriental and African Studies, University of London from June 3 to June 5 with the theme “Kaagi: Tracing Visayan Identities in Cultural Context”; International Conference on Contacts and Continuities: 500 Years of Asian-Iberian Encounters at Ateneo de Manila University from June 23 to June 24; and the Philippine International Quincentennial Conference in Cotabato City from Oct. 20 to Oct. 22.