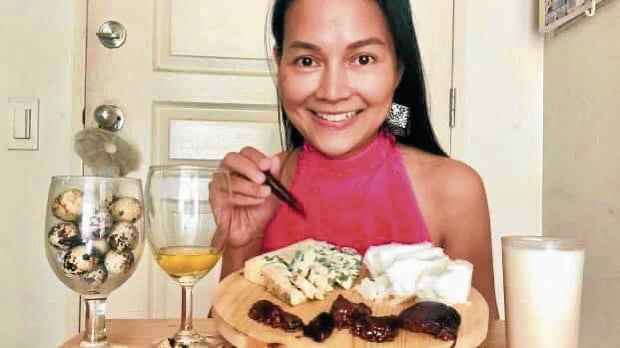 Asra Conlu believes the taboo on dietary fat began in the 1950s, with the theory that saturated fat causes heart disease.

It's based mainly on consuming incredibly high amounts of animal fat daily, like keto on steroids

Meet the Filipina who will challenge everything you know about a healthy diet. A former vegetarian for 20 years and vegan for one year, 48-year-old Asra Conlu now thrives on a carnivore diet. Ditching kale and spinach for steaks and animal fat has made this lawyer conclude: “I have never felt this good in my whole life.”

The carnivore diet is like keto on steroids. To some, this could be the dream diet: bulalo and bone marrow? “It’s rejuvenating and very good for the joints,” Conlu said. Chicken skin? “It’s very high in collagen, which is antiaging.”

Welcome to the world where high LDL is good news. This bad cholesterol is a savior in the carnivore diet. “High LDL cholesterol actually is protective against infection. It regulates hormones in our body and is highly linked to longevity,” Conlu said, citing studies of Dr. Nadir Ali, a US-based cardiologist and proponent of the keto diet.

For four years now, Conlu has existed on a zero-carb, zero-sugar, zero-salt, and high-fat all-animal diet. She claims that a slew of health problems, ranging from eczema and arthritis to boils, fungal infections and thinning hair, disappeared when she made the switch.

It was a gradual switch. She whittled down her veggie consumption until she reduced them to a garnish.

The carnivore diet is based mainly on consuming incredibly high amounts of animal fat daily. On her YouTube channel, where she attracts followers abroad, Conlu can be seen either eating a slab of butter or dry-aging muscle and organ meats in her fridge, before consuming them raw. (Beef tartare, anyone?)

“Eating bone marrow and other fats is what made us human… If you don’t eat healthy fat, then your body will have to produce it. And that’s what’s causing the problem,” she said. “The fat in our body is never a good thing. That means there’s something wrong there. That’s where the toxins are. There’s inflammation there.”

When Conlu speaks of “healthy” fat, she means saturated, animal fat—not seed oils or trans fat, but fat from cheese and eggs and meats and fatty fish, “real fat that our ancestors consumed for millennia, our evolutionary diet or high fat.”

She used to throw away her egg yolks; now, she removes the egg whites.

Conlu’s mother died at 48 from a stroke. “You know, maybe my mom suffered a stroke at the age I am now because she was on a low-fat vegetarian diet.”

Conlu believes in using food as medicine, the reason she was vegetarian and vegan once upon a time. For more than two decades, she wondered why she was very sickly, and for a time, battled infertility (she suffered two miscarriages before giving birth to a baby girl, now a teenager), when she was supposedly consuming only healthy foods. So she decided to up her game and became a vegan, but this only made her illnesses worse.

“I’m very fastidious when it comes to sourcing the food that I’m trying to put in my body. I was a clean vegan, meaning everything I ate was organic, no expense spared,” she said. Determined to get down to the root of her health problems, she kept a journal on how food affected her. She made sure she covered all the bases, so there was no nutritional deficiency.

To this day, Conlu is fussy about every detail in her carnivore diet. The eggs must come from pastured chickens that get sunshine and subsist on bugs and worms—a natural diet, not corn or grain-fed. The cheeses are traditionally made, not processed cheese; meat is grass-fed; and fish wild-caught. It’s as clean as it can get.

Conlu has been on the carnivore diet for four years now. Her husband, a medical doctor at St. Luke’s Global City, who once used to laugh at her diet, is now a convert after he saw her transformation. Since adopting the same diet, her husband’s irritable bowel syndrome disappeared, she said.

“Look at the belly. That’s because of the fructose. Then they start developing fatty liver because only the liver can process fructose,” Conlu said. “When you’re vegan or vegetarian, your only source of energy is eating sugar, fat or carbs.”

She said there’s no essential need for carbs—the body burns carbs because it eliminates them. “First, you have to clear the glucose in the liver before you can dig into a better fuel, which is fat. Fat is a better fuel, I mean, that’s how we evolved for millions of years as paleolithic people. We thrived on hunted animals, and we went for the fat right away—we ate the brains. It was always animal nutrition.”

But why did the vegetarian and vegan diet make her sick to a point where she had difficulty executing yoga poses?

She blames it on the anti-nutrients from plants.

“Plants contain anti-nutrients, oxalates. I have experienced the ill effects of oxalates. Humans cannot metabolize oxalates; that’s why I had toenail fungus and tinnitus. I know it’s hard to believe until you experience it,” Conlu said.

She said plants could not run away from predators, so they have to develop their natural pesticides to survive. When you eat some plants, they could stress your body enough that your body will fight back, she said.

In smaller doses, she said that’s what constitutes medicine because it destresses the body, like in hormesis, a phenomenon in which a harmful substance gives stimulating and beneficial effects to living organisms when the quantity of the harmful substance is small.

“That’s why they can be medicine, but they cannot be food. They’re full of anti-nutrients that, when taken in big dosage, could hurt the body, at least in my experience,” Conlu said. “As soon as I took out the plants little by little, I started feeling better, which blew my mind. I didn’t expect that.”

Weight loss while on the carnivore diet is a bonus, Conlu said. It was not her goal, but it was inevitable, she said, as inflammation left her system when she dropped veggies and meat began to nourish her body—although anyone who cuts down on sugar will lose weight.

Eating high fat also helps keep a person feel full. When Lifestyle talked to Conlu via Zoom at 10 a.m., her last meal was 6 p.m. the previous day. That means her body is unintentionally in constant intermittent-fasting mode.

“Breakfast is not necessarily in the morning. I only eat when I’m hungry, and I only drink when I’m thirsty,” Conlu said. “I eat to satiety, and then I wait until the next hunger comes along. What I have learned over the years in my constant self-experimentation is that this type of food hydrates you.”

But when was the last time she had her cholesterol checked? She hasn’t seen a doctor in a long time; she said there is no need for it. When she was a vegetarian and vegan, it was vital, as she was always sick. But since switching to the carnivore diet, she has never taken medicines or vitamins and supplements.

She used to have regular blood checks, as she was bordering on anemia.

“Back then, I always had fainting spells. Now my blood pressure is perfect. I’m living with a doctor with a clinical eye, so maybe that gives me a little bit of confidence because he could sense if there is anything amiss. And even he tells me I don’t need to see a doctor.”