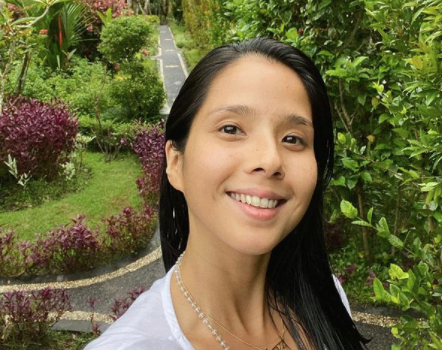 Wanting to start the year right, actress and yoga teacher Maxene Magalona underwent detoxification through massage, and she has since been more than happy with the results.

Currently based in Indonesia with her husband, musician Rob Mananquil, Magalona narrated how she discovered a center there which offers alternative medicine and is said to be “the first Ayurvedic clinic in Bali.”

“Feeling so fresh and so clean! I wanted to start the year even more refreshed and revitalized so I looked for a place in Ubud that offers detoxification treatments such as healing massages and colonics,” she said in her Instagram page today, Jan. 20.

Magalona explained that Ayurveda, which means “knowledge of life,” is an alternative approach to medicine that is based on a profound and holistic understanding of the human being.”

“It is a natural system of medicine that has been around for more than 5,000 years which makes it one of the oldest medical systems in practice today,” she added. “It aims to regain balance between the body, mind and spirit and the environment through certain lifestyle interventions and natural modes of therapy.”

The natural practice begins with an internal purification process which is why Magalona decided to get an “abhyanga,” a medicated oil massage. The treatment increases blood circulation; encourages quick removal of metabolic wastes; and relieves anxiety, fatigue, circulatory disorders, arthritic problems, backaches and injuries. Magalona said it was one of the best massages she ever had and highly recommends it.

After the massage, Magalona was administered a medicated enema which is a cleaning of the lower bowel.

“It is known to promote the liquefaction of toxins and waste products and is beneficial for people suffering from constipation,” she said.

Although it was her first time to experience these, Magalona enjoyed it all immensely that she promised to do it again, especially after eating so much during the holidays.