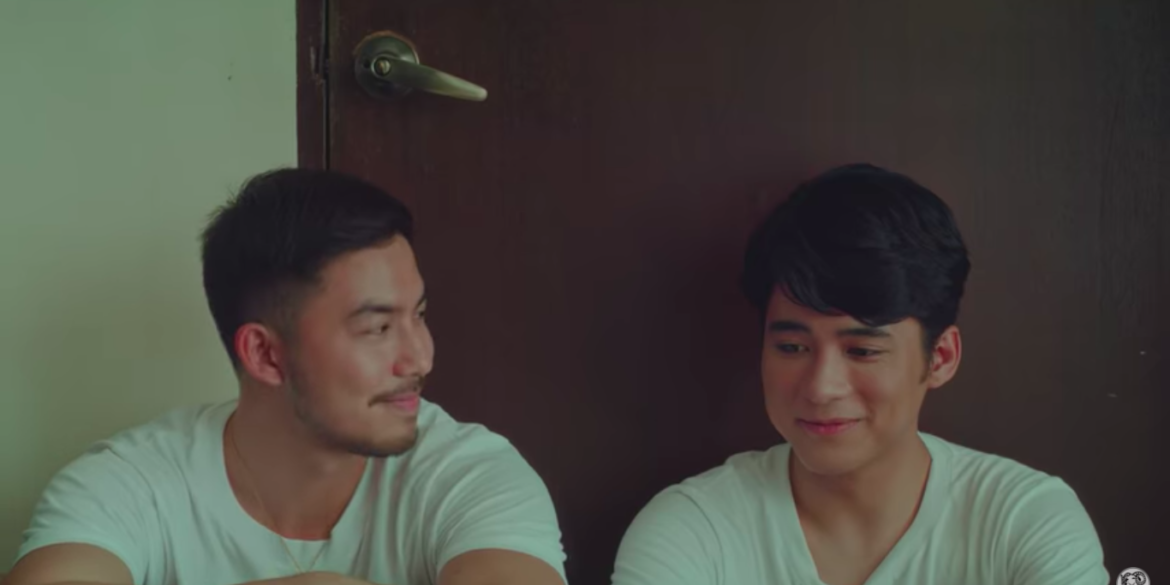 Labrusca extended his invite to Alcantara during the online press conference for their movie, Jan. 23, when he was asked if there’s a possibility of him spending Valentine’s day with his fellow actor.

“The past four years kasi wala akong nagiging date sa Valentine so I always hold like a Valentine dinner for the most special women in my life. Kung wala kang date, JC, invite kita,” came Labrusca’s casual offer to Alcantara.

(For the past four years, I happen to have no date for Valentine’s so I always hold like a Valentine dinner for the most special women in my life. If you don’t have a date, JC, I invite you.)

When asked where they would spend Valentine’s Day, Labrusca mentioned one of his favorite restaurants called Lusso in Greenbelt. And who would he say hello to during heart’s day?

“Siyempre si Mico,” he said. (Of course Mico.) Mico is the character played by Alcantara in the BL series and movie.

Larbusca thinks that the movie has leveled-up from an eight-part digital BL (Boys’ Love) series which ran from June to August last year. “Hello Stranger” tells the story of a nerdy student Mico (Alcantara) who joined basketball star Xavier (Labrusca) in a project. From there, their friendship blossomed into a romance.

(I felt that it has leveled up because it’s a different experience in “Hello Stranger: The Movie,” because the series will make you feel hanging, because Xavier and Mico were not seeing each other.)

The movie promises to show physical interaction between the two main characters as they will be seen in the same room, doing activities together in a writing camp.

Produced by ABS-CBN Films and Black Sheep, “Hello Stranger: The Movie” is the first BL film to be offered on Valentine’s season. For this, Labrusca feels all the more honored.

“I consider myself a very open-minded person and I love it when things aren’t as conventional. So, to see and to be part of this new age where BL is being accepted into mainstream media, you know, ABS-CBN giving us the honor of having the Valentine’s Day slot, is so amazing,” he said.

“Hello Stranger: The Movie,” directed by Dwein Baltazar (“Oda sa Wala,” “Gusto Kita With All My Hypothalamus”), starts streaming on Feb. 12 via KTX.ph, iWantTFC, TFC IPTV, Cignal PPV and Sky PPV. Distributed by Cinexpress, tickets are available at an early bird rate of P150 from Jan. 20 to Feb. 11, and P200 by Feb. 12 onwards. A digital premiere night will be held on Feb. 11 at KTX.ph, with tickets priced at P200. JB