Markus Paterson on how he sees his career now: 'It's for my little boy' | Inquirer Lifestyle ❮ ❯ 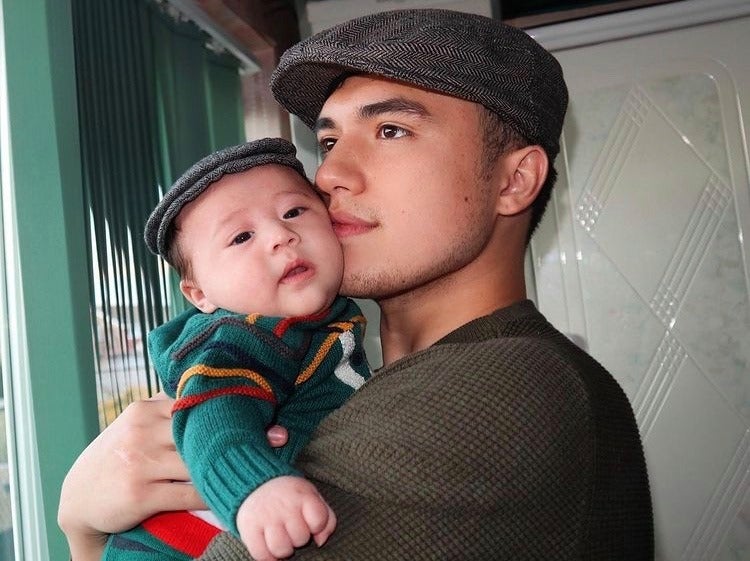 Markus Paterson on how he sees his career now: ‘It’s for my little boy’

It’s a whole new world now for actor Markus Paterson who recently became a father to months-old baby Jude Trevor Paterson with actress Janella Salvador. Fatherhood, he said, has changed him, both personally and professionally.

“Talagang lahat ng priorities ay nagle-level up na talaga (All my priorities have leveled up). Like everything that I thought was a big deal before really isn’t now dahil lahat it’s for him na eh (because everything is already for him). It’s for my little boy,” he explained during the online press conference for “Hello Stranger: the Movie” on Jan. 23.

His interest in his career has also revved up now since he needs to provide for his family.

“Professionally, I feel like it’s leveled up na two times dahil mas motivated na ako magtrabaho. Just to work harder at my craft para lang may legacy kumbaga dito sa industriya for my little boy to grow up and have a happy childhood,” he said.

(Professionally, I feel it’s leveled up two times because I’m more motivated now to work. [To] just work harder at my craft to have a legacy in this industry, for my little boy to grow up and have a happy childhood.)

Being a first-time dad, Paterson feels like he is wading into the waters all by himself. The huge challenge for him is getting enough sleep.

“Everything [is] challenging coming [into] this life. Siguro ‘yung tulog (Maybe it’s sleep). The catching sleep for a couple of months. Pero (But) as soon as I wake up and I see his face, parang nawawala talaga ang pagod ko (it’s as if my being tired disappears). As of now, it’s been smooth-sailing for me,” he narrated.

Paterson is playing Simon in the movie, which focuses on the brewing romance between Mico (JC Alcantara) and Xavier (Tony Labrusca).

When asked what’s his most memorable moments in the shooting, he said that it would have to be how everybody bonded and have gotten to know each other. He commended the production for maintaining a light and fun atmosphere, plus he also enjoyed the setting which was the beach.

Directed by Dwein Baltazar (“Oda sa Wala,” “Gusto Kita With All My Hypothalamus”), “Hello Stranger: The Movie” starts streaming on Feb. 12 via KTX.ph, iWantTFC, TFC IPTV, Cignal PPV and Sky PPV. Tickets are available at an early bird rate of P150 from Jan. 20 to Feb. 11, and P200 by Feb. 12 onwards. A digital premiere night will be held on Feb. 11 at KTX.ph, with tickets at P200. JB