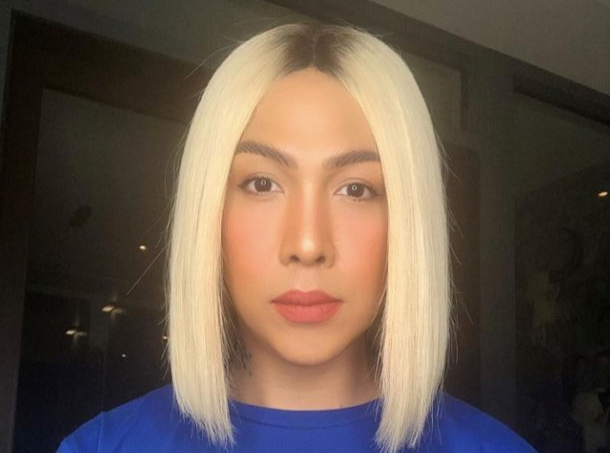 If there’s one dream that Vice Ganda would like to pursue in the future, it is to become a designer and come up with his own clothing line.

During the online press conference for the “It’s Showtime” singing contest “Tawag ng Tanghalan: Huling Tapatan” yesterday, Jan. 30, the comedian-TV host revealed that he has been wanting to pursue fashion design as well.

(Actually, just lately, a few nights ago, I was really saying that I would penetrate the international scene but not through performing. I suddenly realized that I want to become a designer the other night, so the following morning, I immediately called for a meeting. I formed a team because I want to open, to start my own label.)

Vice Ganda appears to be feeling brave and motivated with his decision, especially given the means by which a lot of people purchase goods now, which is through online transactions.

(Since the game is fought online, it’s like everyone is of equal footing, I said it looks like I can fight it out in the online world, because I have a big following. I think I can do it so I called for a meeting quickly.)

Vice Ganda is confident that his brand could make it internationally and be tried out even by foreign celebrities.

(I always claim it, that this brand will become popular in the international scene. The Kardashians will wear it. I am claiming and keep claiming it.)

As for the show, Vice Ganda was asked about his thoughts on the contestants and Filipino music, and he said that K-pop has really been influential everywhere. He believes that there are too many evolutions happening right now, and that Filipinos should not be left behind. For him, BTS has a lot to do with these developments.

(BTS is what’s written in destiny. This is the time of BTS, and what was started by a lot of earlier performers was put to an end and realized by BTS. That’s why I say it’s great. K-pop sound is original.)

Vice Ganda hopes this success can be replicated by P-pop.

(So with P-pop, that same thing should apply… We need to already start defining or redefining OPM sound or what P-pop is, then we should stand by it.) JB

‘Proud of you all’: Vice Ganda, Luis Manzano show support for past ABS-CBN artists in other networks