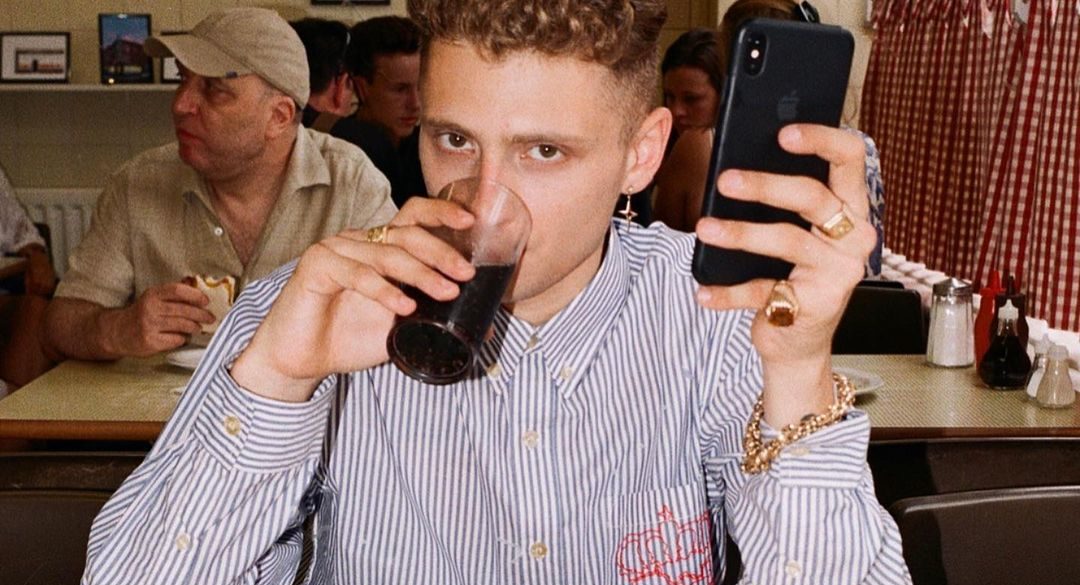 Blondey McCoy has a new podcast and it’s all kinds of ridiculous—that is to say, genius in every way.

ICYMI Blondey has had a recurring talk show of sorts on Instagram where he has been dispensing some thought-cataloguish musings and life advice during the occasional London promenade. That has now transmogrified into a podcast, complete with choirboy transitions and whatnot, and it’s great.

In episode one titled “Insincerity Now”, Blondey talks about a variety of things, some familiar topics like consumerism and self worth, and how the fashion world is rotten and everyone’s superficial—things we already know but I guess still needs a good saying-again every new year.

Blondey also talks about breaking up with Palace and founding Thames, which he described as a brand long before he knew that it was. Unsurprisingly, at the heart of the Palace breakup are creative differences and how the commercial demands of a big brand doesn’t sit well with what Blondey considers an authentic way of branding, if there ever was one anyway.

The best part about the podcast, though, must be the secret history of Lisa, a fake assistant/agent that Blondey made up. Lisa is basically an e-mail address that is Blondey himself, answering queries about talent fees and so on. Blondey said that the presence of Lisa curbs the flooding of hate mail directed at him personally.

It’s a fascinating fake it ’til you make it tale, like Marcus Pierre White answering the phone with a faux French accent. Blondey said that there’s a real life Lisa now, and her name is Jenny. Can’t wait for episode two.

Listen to the podcast on Spotify.