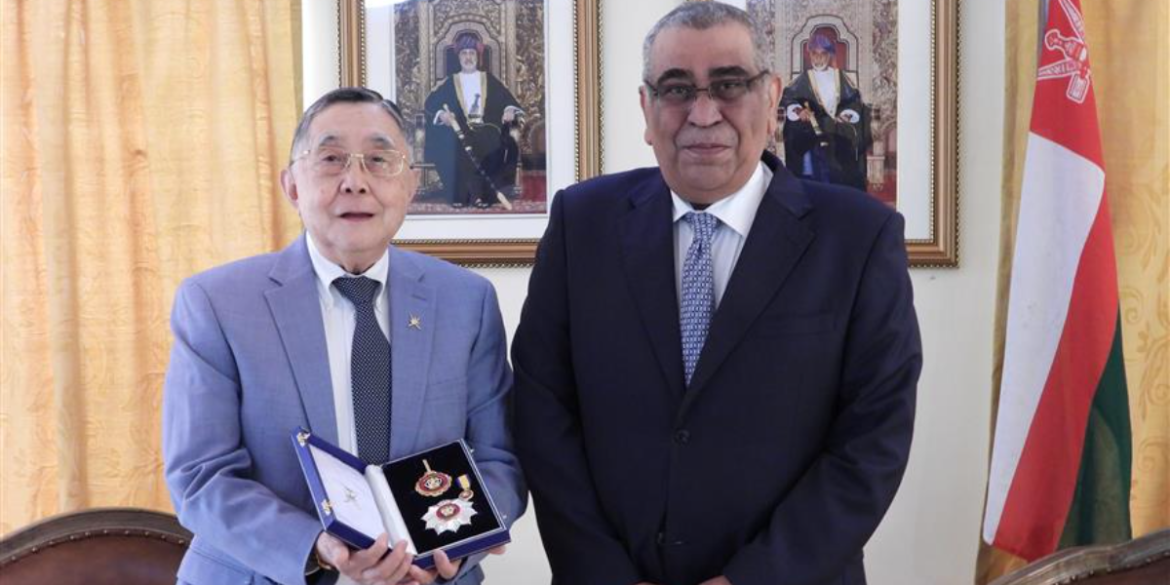 Oman’s honorary consul in the Philippines, Leonardo de Ocampo, was recognized with a top diplomatic award from the sultan of Oman last December.

De Ocampo was conferred with the Order of Al Nuoman, second class, by Sultan Haitham Bin Tariq on Dec. 22, according to the Oman News Agency. It is the highest diplomatic award that a non-Omani citizen can receive.

De Ocampo was recognized for his efforts and contributions in strengthening the relationship between the sultanate and the Philippines.

The consul was handed the award by Munthir Mahfoudh al-Manthri, Oman’s ambassador to the Philippines, at the embassy of Oman in Taguig.

Congratulations to the Honorary Consul of #Oman in the #Philippines Leonardo B. De Ocampo upon the award to him by His Majesty the Sultan of the Order of N'Oman. Recognition of his long and continuing service towards enhancing bilateral ties between our two countries. 🇴🇲 🇵🇭

An honorary consul is a citizen of a host country appointed by a foreign government to look after the affairs of its citizens. They work to build bilateral relations between two countries. JB

‘It was meant to be’: Filipino crew rescues man clinging to capsized boat