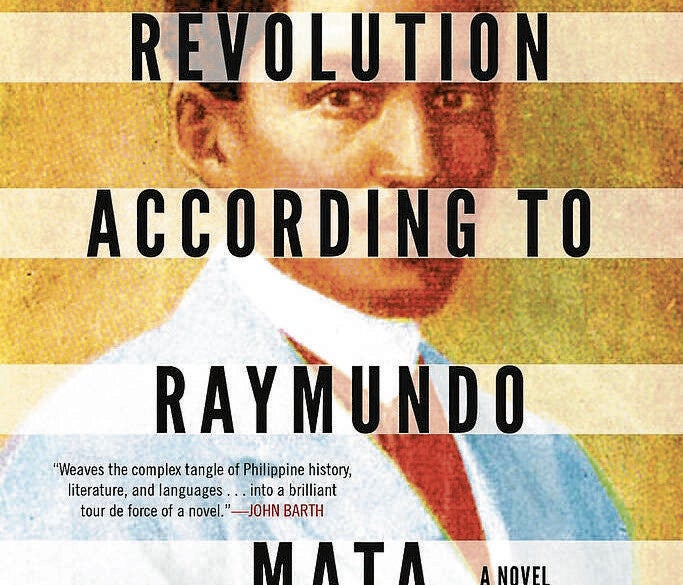 the revolution accdg to raymundo mata

Books by Filipino authors to discover in 2021

A few give us special pride as they are published by foreign publishers, allowing our writers to be appreciated by foreign readers

Never has it become truer as now when we are all doomed not to go anywhere to say that books can take you places—literally so these days.

It was a happy discovery to see what’s available for reading in different genres in both print and e-book editions. Even if books and publishing are not on the list of this nation’s priorities, it’s almost always a surprise to see authors and readers thrive.

A few titles give us special pride as they are published by foreign publishers thus allowing these writers to be introduced and appreciated by an audience beyond our shores. Look at the talented authors in our midst and an array of books awaiting to be discovered this year.

Another traditional poetry form awaiting to be discovered is the ambahan of the Hanunuo Mangyans with its simple structure of seven syllables with no prescribed rhyme, rhythm nor length. The author embarked on using the ambahan for his poems after being steeped in the Hanunuo Mangyan culture with his volunteer work in their community.

And then he realized that even with his Western training, he could not write in any other form. The poems are in English, Filipino and Mangyan script.

This book is timely as a resource material for the creative nonfiction subject required of all senior high school students on the humanities and social sciences track in the K-12 curriculum. What makes it especially helpful are two articles annotated with questions for a deeper understanding.

Described as an annual culinary travel guide edition since 2016, this latest release covers a variety of tours available for the adventurous, for every appetite and every inclination, or so it seems.

‘In Certain Seasons: Mothers Write in the Time of Covid’ edited by Jenny Ortuoste and Che Sarigumba, cover art by Imelda Cajipe Endaya (Cultural Center of the Philippines and Philippine PEN)

Forty-one mothers wrote stories of, about and during 2020. Editor Jenny Ortuoste calls it a Mothers’ Journal of the Plague Year. Full disclosure: I am one of the contributors, as my “Cocooning with No Complaints” is in the collection.

This is a collection of more than 200 tanaga, described as an indigenous type of Filipino poem using four lines, with each line having seven syllables.

The author, more popularly known as Paring Bert, uses the form to capture images of his youth in Obando, touch on issues close to his heart, like our national well-being and continuing confrontation with corruption, peace and justice, and his inner life as a religious.

‘My Fate According to the Butterfly’ by Gail D. Villanueva (Scholastic Press)

This is a young adult (YA) coming-of-age story revolving around the Philippine superstition that a butterfly is an omen of death and ill fortune. The author goes beyond the superstition to talk about drug addiction, recovery, reconciliation, magic—in her attempt to show Philippine culture.

This book could not have come at a better time to give us hope about our sense of country and sense of citizenry.

It begins by disabusing us of our notions of “smallness,” making me smile that in terms of our population of 100 million, we can hardly be called small. Better to think of our nation as a young one, as our nationhood truly is. That implies vitality, growth and development—and offers many possibilities for our country.

‘The Revolution According to Raymundo Mata’ by Gina Apostol (Soho Press)

It was a recent New York Times review that announced a third Gina Apostol novel just off the press in the United States where the author lives.

This third book, a National Book Awardee, was first published in the Philippines in 2009.

The novel is based on the found memoir of a fictionalized revolutionary Raymundo Mata. Jose Rizal’s significance in the story is that it is a writer and his first novel that sparks the Philippine Revolution.

This novel takes the form of a memoir and is the rite of passage of a gay man growing up during the years of a dictatorship. His style is graceful and elegant, punctuated with details that regale and move the reader.

The author was one of the delegates to the 1987 Constitutional Convention and is a known street parliamentarian in the antidictatorship struggle. He taught political science in the University of the Philippines and the young Maria Leonor Genora was his student.

As the major author in this collection of essays, he felt the need in these challenging times to highlight all that a genuine servant leader is capable of doing.

This collection is the product of “Deep Memoir: A Course on Writing Your Life’s Stories” taught by Dr. Jennifer Leigh Sellig of Pacifica Graduate Institute to individuals who are part of the Carl Jung Circle Center.

The use of “vessel” in the title is apt as a container of voices, “a safe and sacred space to do the sometimes difficult work of remembering and reflecting.” The link to our native tapayan is wonderful.

Raisa Claire R. Falgui’s fiction has been published in different anthologies so it is not surprising that her submission to Penguin SEA would be accepted for publication. In Falgui’s particular case, she says some of the science fiction she writes may not be the kind that will attract local readers. She refers to those which “examine theories of the development of the universe, dinosaurs and implications of technological developments that have little to do with our current lives.”

‘A Wall of Wishes’ by Annie Pacaña-Lumbao, illustrated by Juno Abreu (Center for the Prevention and Treatment

This story focuses on a family and how stress has altered family dynamics, there is palpable tension at home, especially on the day an inflicted injury happened.

To distract them during the long spell of just being home, Lola tells them to draw happy things they would do after things become normal.

‘Wicked as You Wish: A Hundred Names for Magic #1’ by Rin Chupeco (Sourcebooks Fire)

Rin Chupeco is a YA author who likes writing about ghosts and fantastic worlds. This is a fairy tale with Filipino characters. It had been rejected many times over with, even one suggestion to make her character “white.” She did not give in to that. She has gone on writing what she wants. The sequel to the novel is coming out this year.