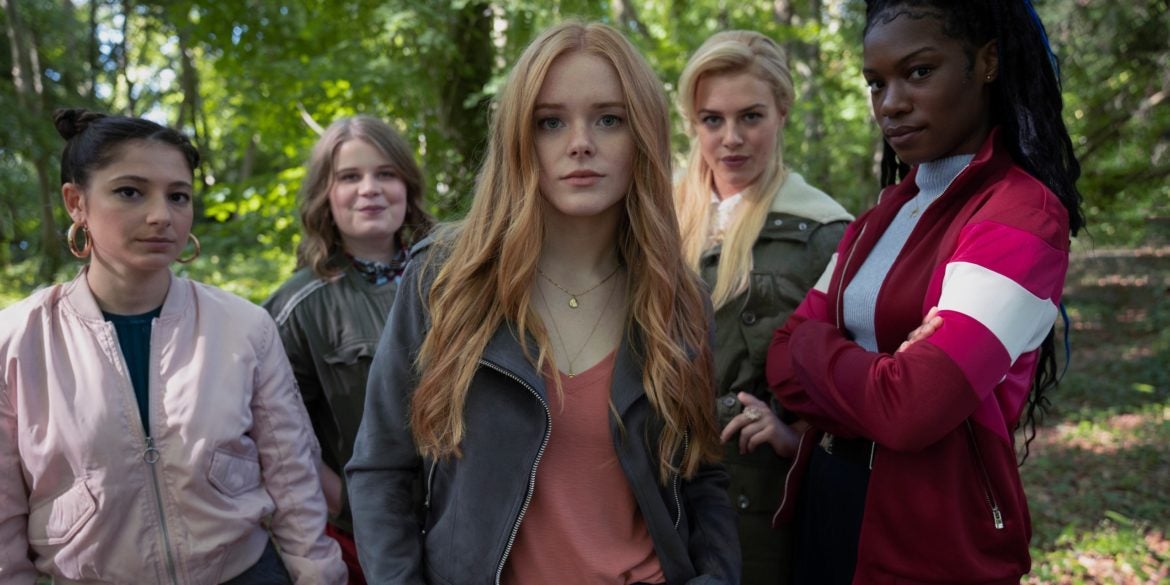 How to make ‘The Winx Saga’ better, in 3 easy steps

Step 1: Up the ante on the magic. The first thing you need to know about Fate: The Winx Saga is that it exists in the same world where there’s Harry Potter. That they make immediately clear in episode one. It’s a strange breaking the fourth wall kind of thing, because it makes you draw the parallels of what’s going on here: Clueless girl-who-lived attends secret magical school, does rebellious teenagery things as one should, and so on.

So, immediately, this self-conscious avowal takes some of the magic away from the beginning. Contrary to the Wizarding World, where wee meet Harry and co. as they are discovering a new magical world, Winx is trying to be as nonchalant about it as possible.

Yes it is foremost a teen drama happening mostly in school, but what Winx needs to do is up the ante on the magic. I don’t mean more CGI stuff, although that could be cool, but an injection of a sense of awe and wonder. In that sense, The OC was more magical than Winx.

The last thing teenagers want is to trudge along some sad normalcy. Impending doom, however scary the threat is (and it’s not), just doesn’t cut it. We need some semblance of magical exposition. We need to see these kids witness a feather magically float for the first time. If they don’t, we’re not sufficiently like them, and we should at least feel if only a little bit that we are.

Remember how big of a deal Serena van der Woodsen’s comeback was? Why were we intrigued? Because the characters themselves made such an unnecessarily big deal out of it. No one character is above the mechanisms of the plot.

Step 2: At least seriously explore the hot buzzwords dropped. Winx has teenagers say very smart things about the patriarchy, gender, and body positivity. That’s cool, but it would be better if the show actually confronts them as serious themes, the way Mrs. America exposed the haunting zero-sum-game of women being against women, for example.

It may be a lot to ask from a show that it supposedly already dealing with its own in-world politics, but it’s clearly such a missed opportunity how a show with powerful otherworldly monarchies and propagandistic genocide fails to successfully juxtapose those realities with the intimate realm of the teenager’s insecurities, hormones, and mom issues.

We’re meant to believe that something’s a huge deal because it’s happening on a huge scale. Winx fails to show how its character’s personal issues and deep aches actually matter amid any of that.

Step 3: Spend more time with the characters. One of the major shortcomings of Winx is not making its audience sufficiently care about this supposedly crumbling, threatened fairy world. Six episodes in and it’s so cryptic about its lore that it’s just not interesting anymore. The “burned ones” are attacking in packs—who cares!

The least Winx can do is spend more time with its characters. Great coming of age shows like Skins and Skam do this: stay long enough with a character that we get to know them, understand where they’re coming from, and care and root for them.

One charming aspect of Winx is that it has a group of young actors who seem to have great rapport. When these misfits are brutally up each other’s throats, it’s actually pretty funny. In such instances, these teen characters briefly cease being caricatures of whatever issue or virtue they’re supposed to represent. They’re just kids who hate school and love hanging out.

That should be a fool proof formula for a decent teen drama. Sprinkle in a bit of fairy dust and maybe it could be better.