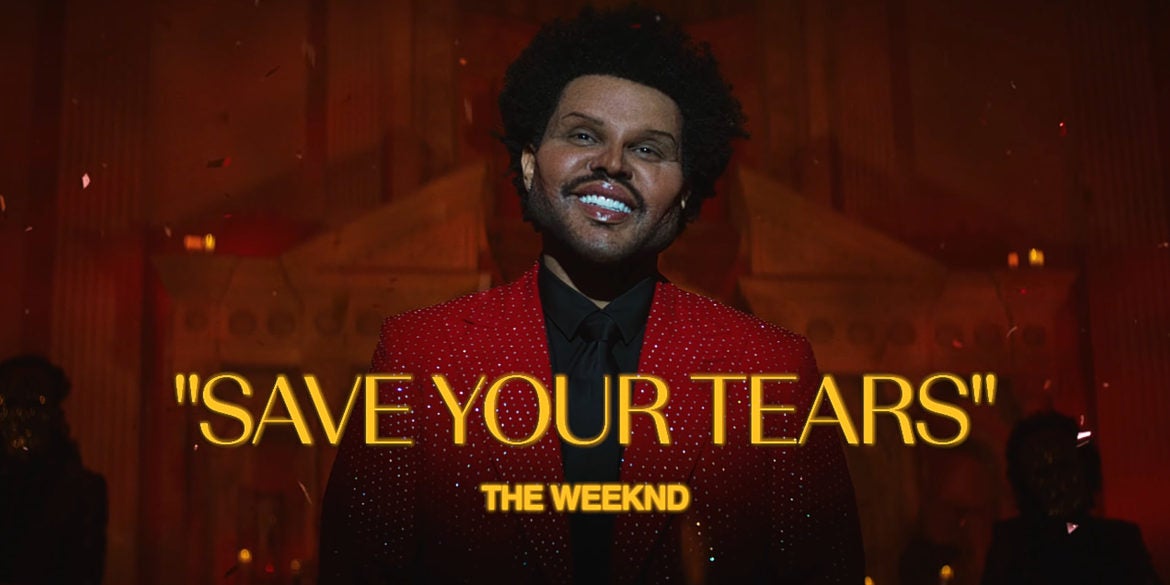 https://www.youtube.com/watch?v=XXYlFuWEuKI&feature=emb_title The Weeknd - Save Your Tears (Official Music Video) Credit: The Weeknd/youtube

The hidden message behind The Weeknd’s fake plastic surgery

There is a story The Weeknd is trying to tell, and he’s blurring the lines between reality and fiction. Last year, we saw him beaten up and bloodied in his music video for “Blinding Lights.”

It’s also the look he uses for the After Hours short film.

As a schtick, he showed up on Saturday Night Live with makeup that made it look like he has bruises, complete with a bandage over his nose.

Not letting up, he furthers the narrative by showing up at awards shows with his head and face all bandaged up. 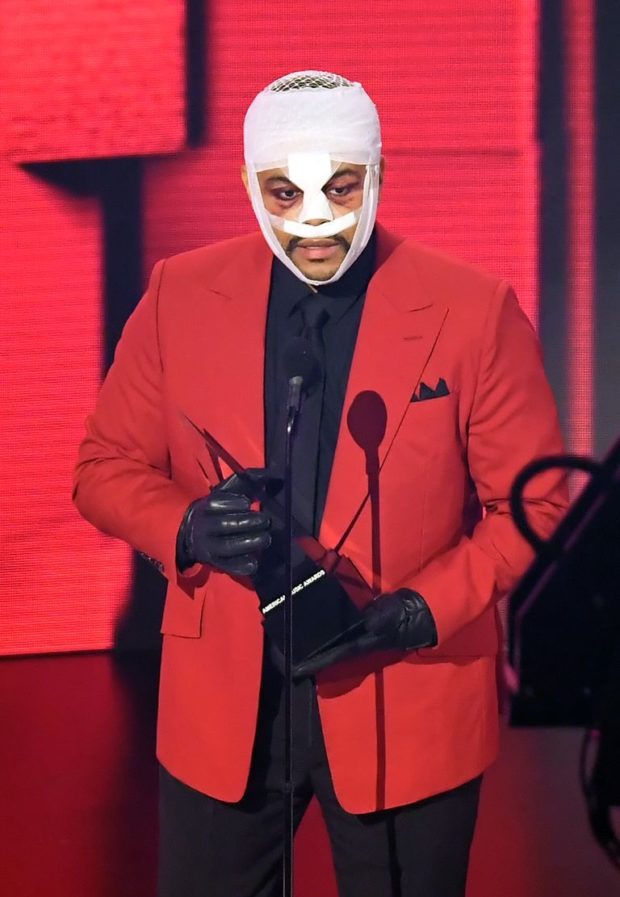 In this possible rendering of the truth, The Weeknd uses his beat-up face to get plastic surgery. It’s OTT. But, hey, it got us glued to our mobile phones as we watched his Save Your Tears video.

It’s a bit scary, and some fans (including myself) got fooled.

No worries, though, as he’s all good. In a commercial for the Super Bowl LV Pepsi Halftime Show, The Weeknd pulled up with nary a scratch or a scalpel mark in sight.

What’s he trying to say? We have yet to find out. Perhaps it’s The Weeknd’s commentary on how we’re obsessed with looking like the person we see with an Instagram filter on.

Another mystery that we have yet to uncover: the red jacket and its iterations that The Weeknd has been wearing since at least 2019. Spot it in his guest appearance on The Late Show with Stephen Colbert.