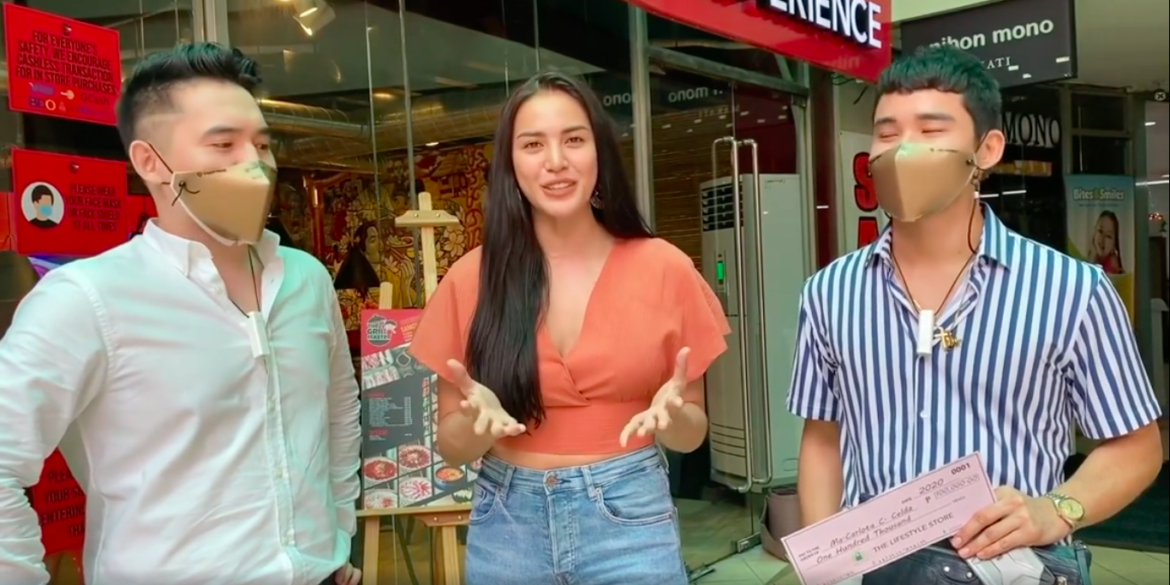 Michele Gumabao, friends give P100,000 to woman who cooks meals for PWDs, frontliners

Beauty queen Michele Gumabao helped raise P100,000 to donate to a good Samaritan who has been helping in feeding persons with disabilities, frontliners and the less fortunate.

The former volleyball athlete talked about how she was touched by her beneficiary who was extending a helping hand during the pandemic, as per her Instagram video post yesterday, Feb. 6.

“This all started because my friends @monpestana @jomalvarking and I were talking about how @thelifestylestoreph has been so blessed despite the pandemic last year. They wanted to give back through @your200pesos and I said whatever donation they would give, I would pledge as well,” Gumabao recalled, explaining that this collaboration, which started September of last year, is the project that allowed her to choose a beneficiary.

Her involvement in the project faced a few glitches, though, since she was at the time competing in the Miss Universe Philippines pageant, and due to the lockdowns.

“I was really sad, I knew this prize would be a big help for my beneficiary and as I was thinking of what to personally give her instead, [Mon] and [JM] told me they were donating 50,000… yes and just like that we had 100,000 pesos cash to give,” Gumabao said.

The beauty queen told her two friends about her beneficiary, Taj Celda, and it was all agreed upon that she would be the one receiving the reward.

“Momshie @tajingpot has been helping so much people throughout the pandemic, she cooks meals for pwds, frontliners and the less fortunate. She has been an important part of @your200pesos because she cooked thousands of meals to be delivered to baranggays in need. She truly is wonder woman,” Gumabao spoke of her beneficiary.

“In the end we were able to help more people through this donation and words can’t describe how happy I am to be a part of all this!” she said.

Gumabao and her friends later surprised the beneficiary with the P100,000 check, as seen in the video Gumabao shared. JB