The rise of philanthropy during COVID | Inquirer Lifestyle ❮ ❯ 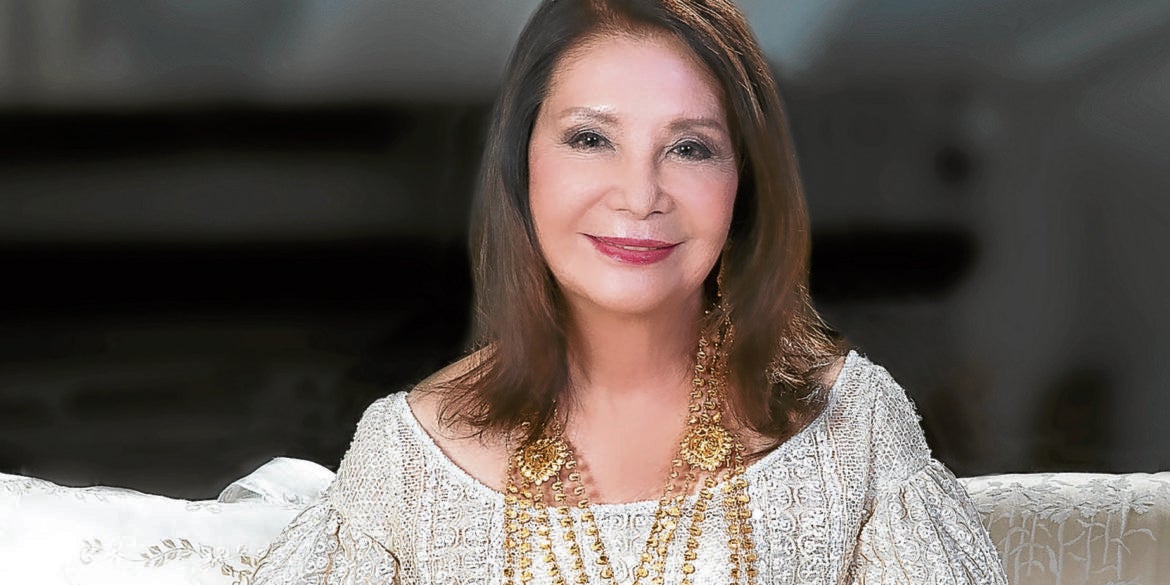 The rise of philanthropy during COVID

‘It may seem like there’s no money around, but Filipinos are charitable,’ says Helen Ong, whose coffee-table book project for the Philippine Cancer Society has raised P8M

During the lockdown, philanthropist Helen Ong thought of producing a coffee-table book on glamorous humanitarians as a fundraising project for indigent cancer patients. Friends shot down the idea, believing that people would hold on to their money as the future seemed uncertain. Unfazed, she convinced colleagues that helping cancer patients in this pandemic was more urgent than ever.

Since its launch in December, the book has racked up some P8 million from sponsorships, donations and sales. Seven hundred hardbound copies are nearly sold out despite the P3,000 price.

Written by former magazine editor Josemari Ugarte and designed by Evangeline Franco, the book is like a portfolio of the country’s social registry, highlighting important people who have helped the PCS over the years.

Ong, who is also Consul of Angola, has been a volunteer for the PCS. In 2004, the PCS asked if she could organize a ball for charity. The business-savvy envoy suggested that a fashion show featuring stylish and charitable women would generate more income.

In 2004, Ong established the BDWP and had it registered at the Bureau of Trademark and Intellectual Property of the Philippines. She approached such grand dames as Imelda Cojuangco and Consuelo Madrigal Collantes, fashion designer Jose “Pitoy” Moreno and interior designer Gerry Contreras to lend prestige to the project. Monaco Consul Fortune Ledesma later joined the group.

These BDWP made generous contributions that were tax deductible. A donation of P150,000 was equivalent to a table for 10. Some would get four tables. Gretchen Oppen Cojuangco (BDWP 2005) always wrote a seven-figure check, as did the late BDWP honorary chair Meldy Cojuangco.

Over time, the BDWP list embraced the new guard—self-made entrepreneurs, doctors and executives.

Ong’s committee draws up a list of nominees for the BDWP. Some women aspiring for gravitas have hinted that they would like to be on that list. She would cite the BDWP committee and former BDWP as the decision makers in the final selection. Many have been rejected for not meeting the criteria. The bottom line is that BDWP should be achievers with a heart for humanity, says Ong.

The latter batches of BDWP underwent training in deportment and social graces, since they were ambassadors for the BDWP brand.

Ong says that although the gala dinner would raise an average of P14 million, a huge chunk went to the fashion logistics. Book production was more cost-efficient.

For the cover, the committee chose women for their enduring support and their panache. Philanthropist Alice Eduardo, CEO of Sta. Elena Construction and Development Corp., landed on the front, wearing a purple beaded Pamela Anderson gown.

On the back, dancer Michaela “Pinky” Puno’s yellow origami gown by Oliver Tolentino grabbed attention. Puno told Lifestyle she could relate to the cause since her daughter, sister-in-law and friend are afflicted with cancer. “Many people who cannot afford treatment turn to the PCS for help. Helen Ong is admirable for spearheading this.”

Ong notes that this batch includes hard workers who have kept a low profile.

Sans makeup in her photographs, Isabelita “Eisa” Mercado projects an unassuming air as chair and CEO of four companies with a total workforce of 6,500. Moreover, she was last year’s recipient of Asia CEO Awards and the Circle of Excellence BizNews Asia award.

Photographed in frou-frou outfits, Shirley Sobremonte is chair and president of a realty firm and two industrial companies.

During the virtual book launch, former envoy to China Ambassador Francis Chua accepted the 2020 Most Influential Man of the Philippines award. As the founder of B.A. Securities, one of BDWP’s longtime supporters, he said his influence wasn’t because he is former president of several chambers of commerce or his powerful network. “My influence, if any, must come from working with philanthropists like you to reach people with poor lives.”

Ong credits the success of the project amid the recession to friends who have supported BDWP over the years. Sculptor Ramon Orlina donated a sculpture which would be auctioned with a ceiling price of half a million pesos. Instead of an auction last year, Orlina’s recent art was purchased for P450,000 and donated to PCS.

“I don’t hold the money. Everything goes to the PCS, including the expense report of the book production,” Ong maintains.

As of this writing, Ong is still mulling over a project for BDWP 2021. Asked what has motivated her to serve for 17 years, she replies that her husband, Dr. Luciano Ong, died of thyroid cancer. As a volunteer to PCS, she recalls visiting the charity wards where patients asked for leftover toilet paper. She witnessed how the poor wept when they could not pay for their medical bills.

In the early months of the quarantine, hospitals could not accommodate new cancer patients since they were burdened with COVID patients. The patients and their relatives had no money for transportation and food. Ong says the PCS made provisions for those cases. However, there were instances when the PCS ran out of funds to pay for the medicines.

Ong is optimistic that the BDWP committee will pull off the fundraising yet again as the times become more challenging. “It may seem like there’s no money around, but Filipinos are charitable,” she says. —CONTRIBUTED