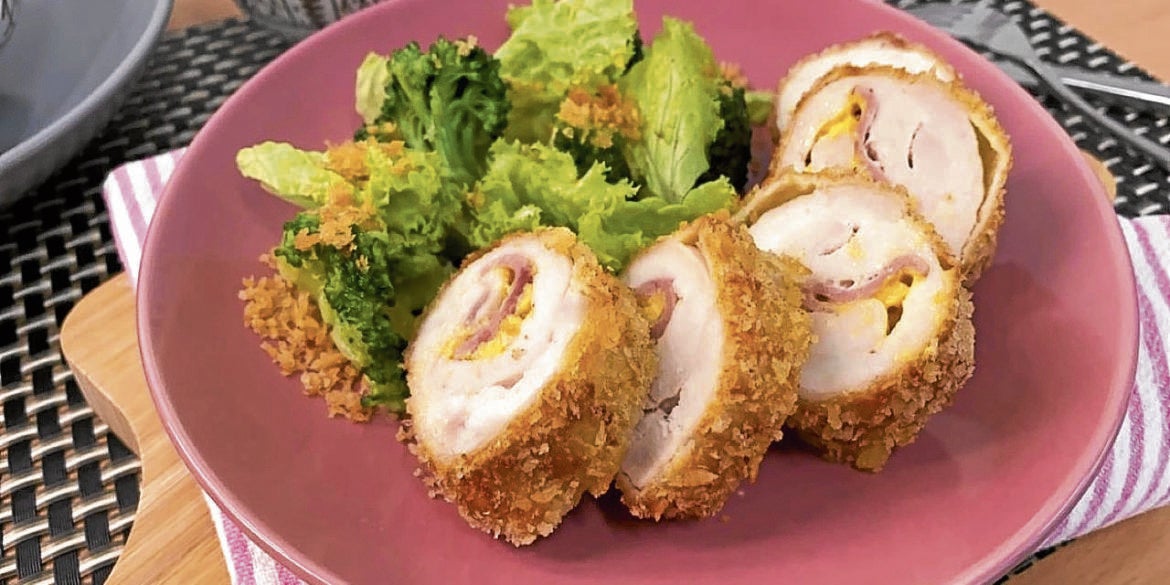 The few times I’ve been granted access to PAL’s Mabuhay Lounge at NAIA Terminal 2 have always been spent nursing a hot bowl of their famous arroz caldo. It’s a favorite of frequent travelers as it sets the tone for the trip, whether it’s a long-haul flight or a quick hop to Visayas or Mindanao.

The pandemic, however, put a stop to all nonessential travel. Even now that some airlines have expanded their flight routes 10 months after the initial lockdown, the safety protocols one needs to complete before boarding a plane have taken some of the fun out of traveling.

Instead of waiting for things to normalize, one of the largest inflight caterers began offering in the second part of the year both cooked and ready-to-cook food to regular Filipinos. The MacroAsia Food Group, whose headquarters are located near the airport, operates three main kitchen facilities. Two of them are inflight catering kitchens (MacroAsia Catering Services or MACS, and MacroAsia SATS Inflight Services or MSIS) while the third is a commissary kitchen, MacroAsia SATS Food Industries or MSFI. 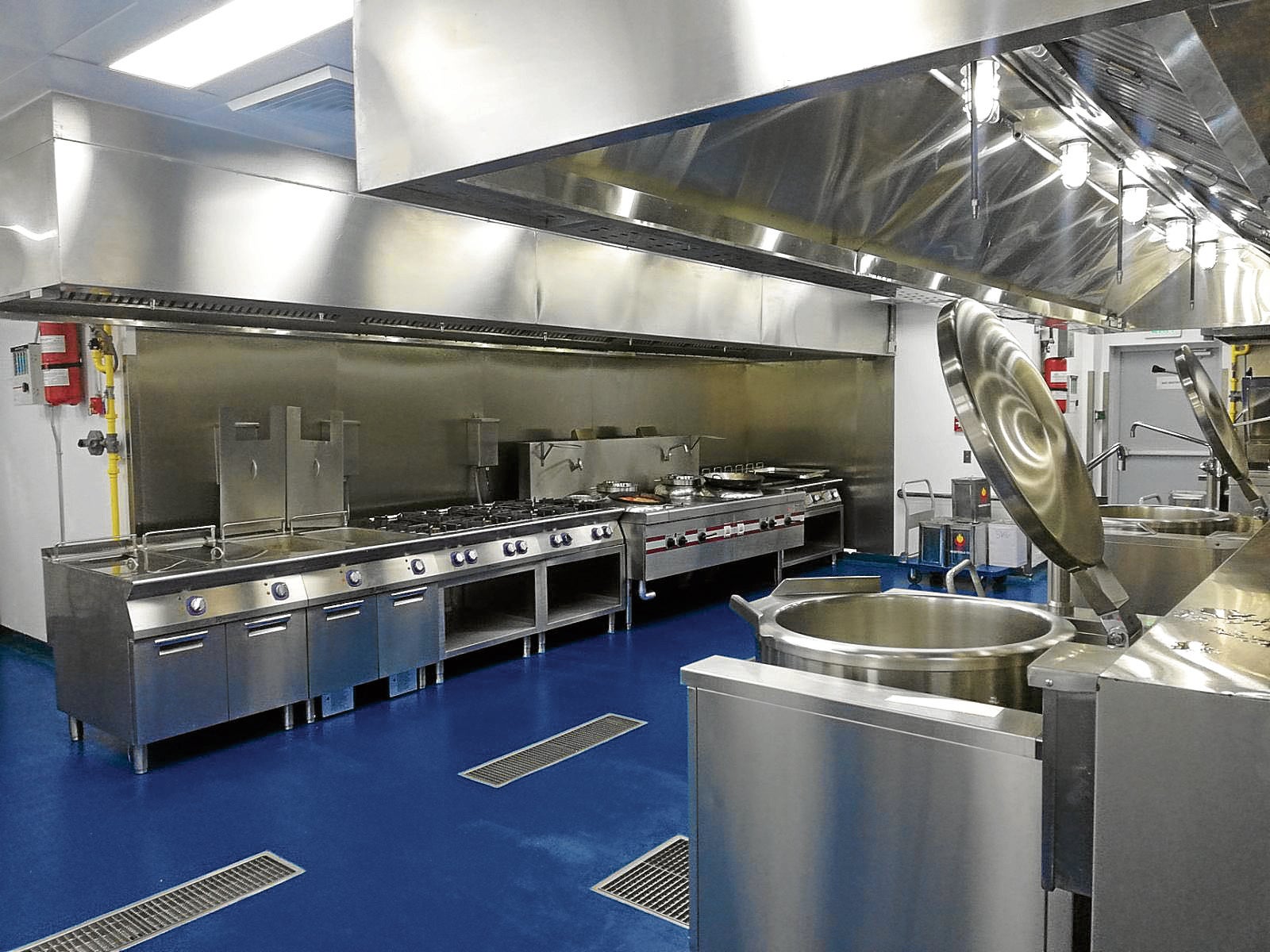 “At the onset of the declaration of the pandemic last March, the operations of the two inflight catering kitchens slowed down significantly, as did any other industry associated with aviation,” said MacroAsia’s chief operating officer Rhodel Esteban.

“It was during this time that the board decided to diversify and adapt to a new mode of business, the online sale of ready-to-eat and ready-to-cook food products at MSFI,” he added.

We recently sampled some of their bestselling viands, including lechon paksiw, bistek Tagalog, barbecued chicken, lumpiang Shanghai, and pork sisig and found them all well-seasoned and very tasty. They also have boxed meals including tocino or bacon with egg and fried rice, with a brownie for dessert, and a Mabuhay Lounge arroz caldo kit that is sure to bring back fond memories. The latter comes with all the fixings. 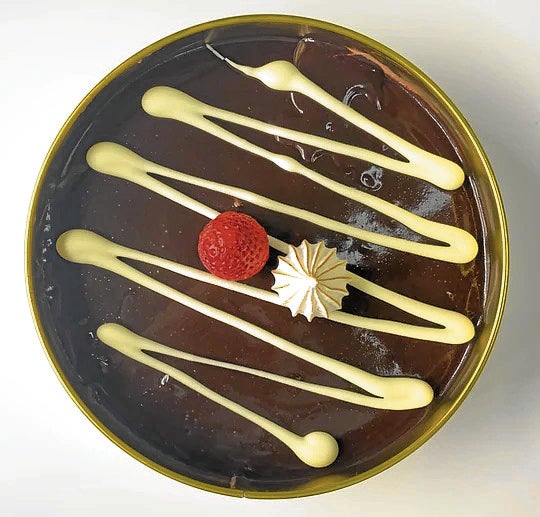 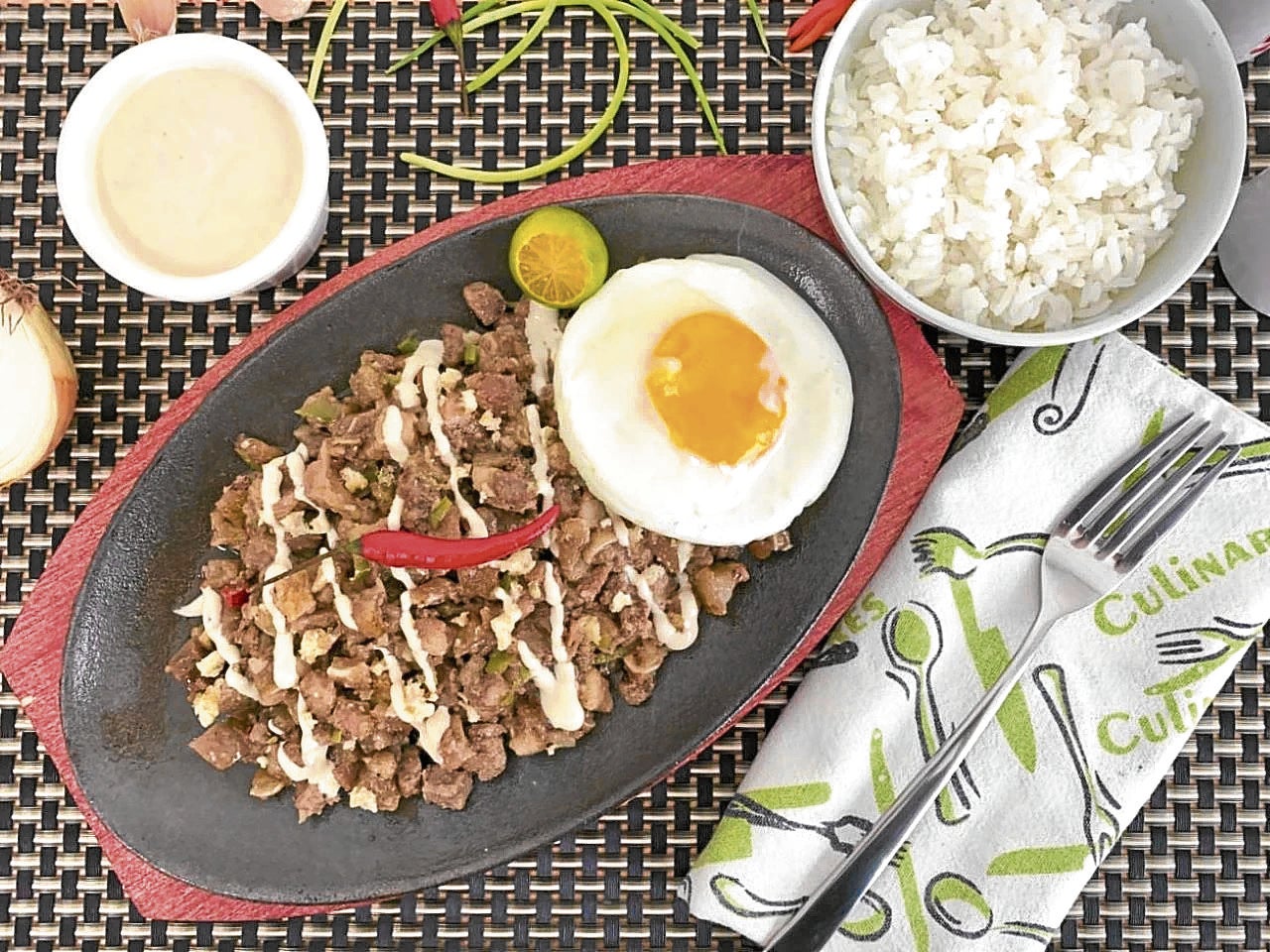 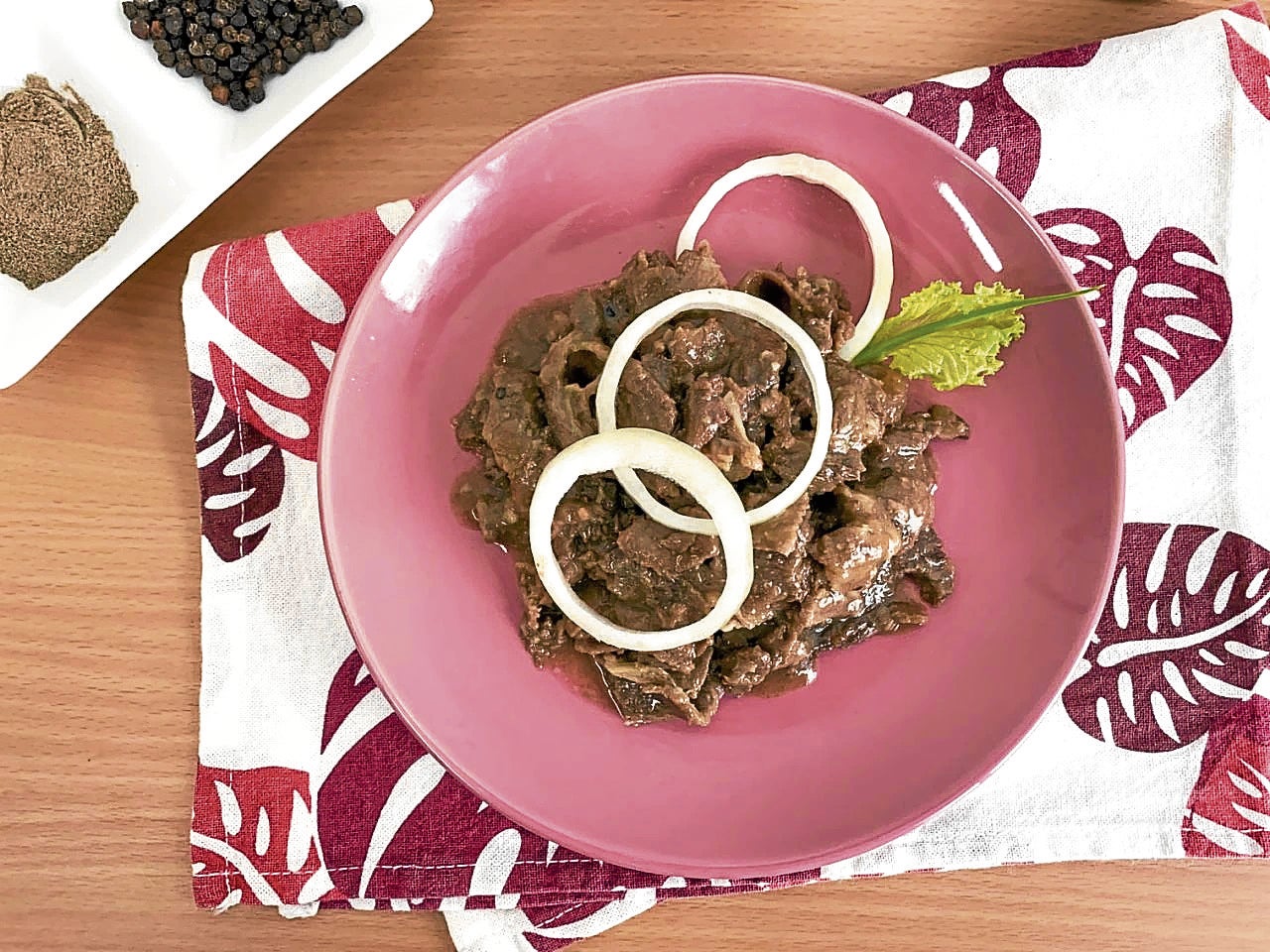 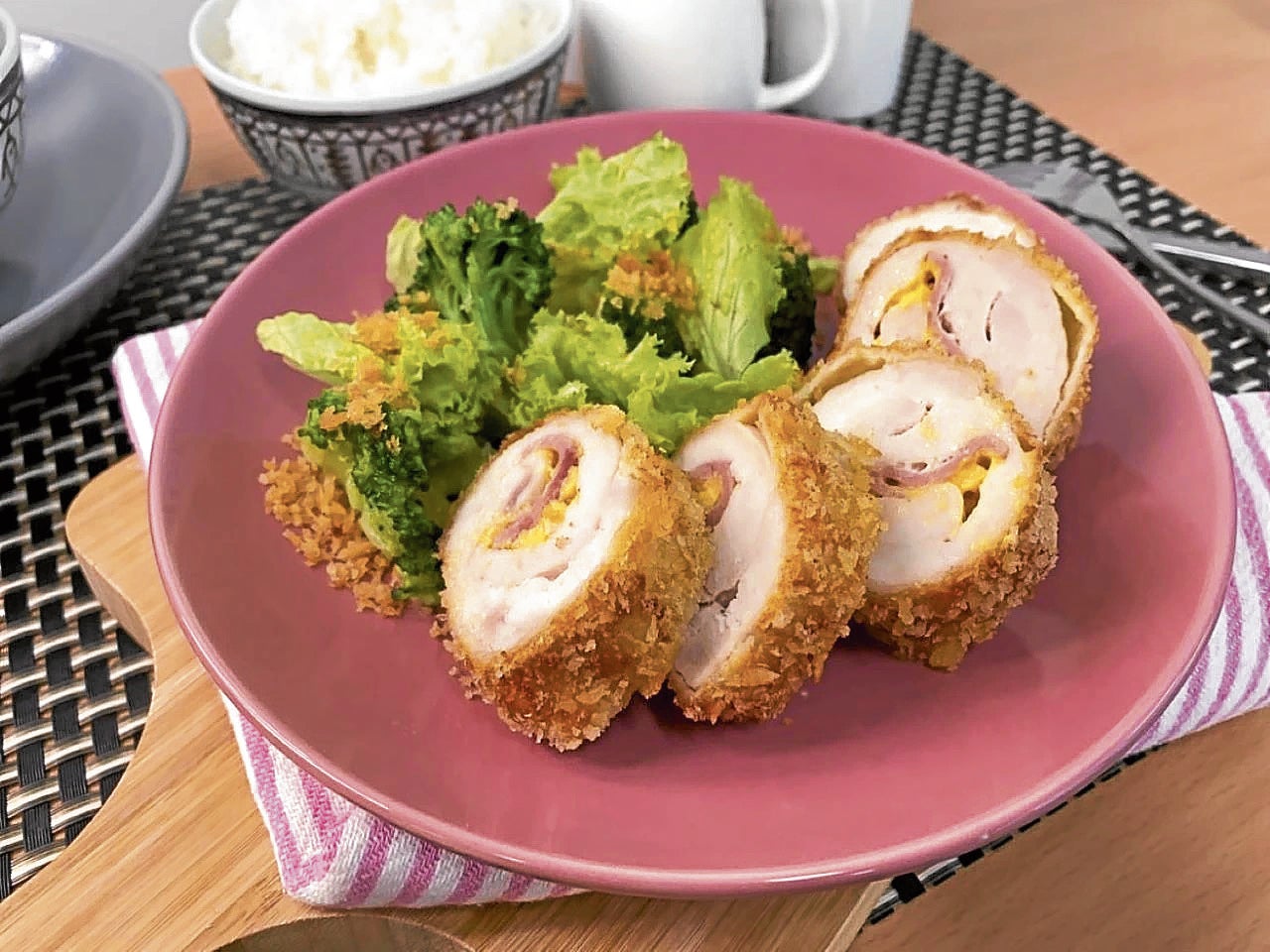 The dessert selection is equally impressive. My five-year-old nephew had second and third helpings of the chocolate mousse, while the adults at home savored the mango cheesecake that was light with a flan-like consistency and not too sweet. 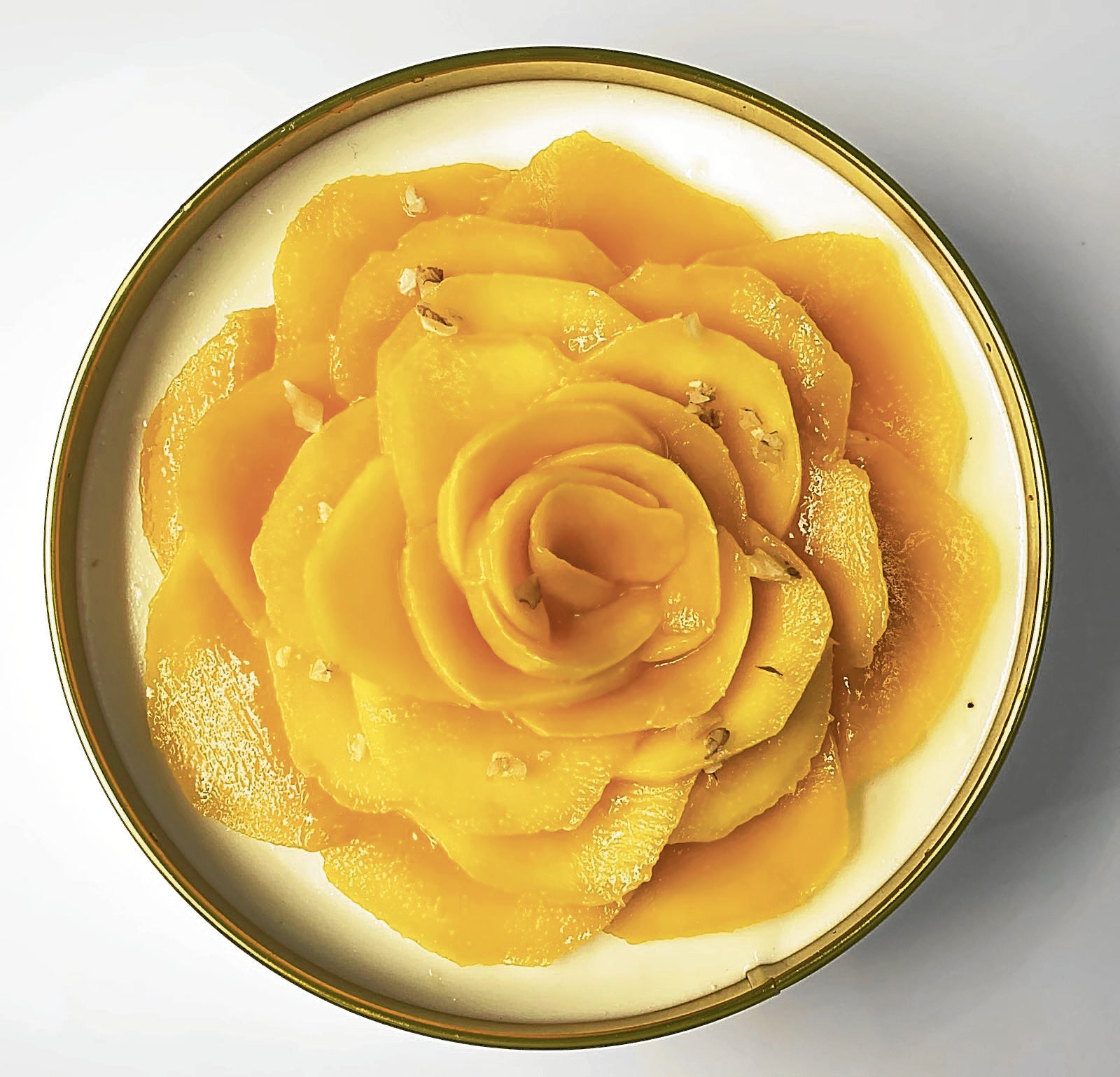 MSFI has since expanded their product lines to include a Filipino Deli section consisting of ready-to-cook items like pork hamonado, beef tapa, chorizo and longganisa.

The shift to selling to the local market following the downturn in inflight catering seemed like an organic one for the company, given their vast experience in preparing large amounts of food in record time. Still, it came with a few hitches.
“The most significant challenge was embarking on a totally new concept of selling online… I can say that MacroAsia was able to adapt to the prevailing business environment, though it could have been better if we had shifted much earlier,” Esteban said. “Agility is the name of the game, that’s how we are confronting the challenges.”

The commissary kitchen has been updated to comply with mandated health protocols. It has been outfitted with a misting disinfection tent, sanitizing alcohol dispenser, and body temperature sensors at entrances. Staff and guests are subjected to these protocols upon entry.

Esteban described the two-year-old MSFI kitchen as a state-of-the-art commissary kitchen with modern equipment designed for mass production; it can manufacture 25,000 meals per day.

Prepandemic, the production capacity at MACS and MSIS were from 40,000 to 45,000 meals per day, operating 24/7 for 365 days a year. Now, MSFI caters to the requirements of one local airline, but 95 percent of the production is non-airline.

Esteban admitted that dishes served on flights are more seasoned or flavored because the high altitude alters one’s taste buds. When they started selling online, concessions had to be made. “Adjustments in flavors, taste and visual appearance geared toward authenticity and ethnicity are not problems for us.”

He puts equal or even more importance on proper food handling and safety.

“Inflight meals have always been categorized as one of the safest types of meals as the safety standards are relatively high. No one can afford to have a mass food poisoning situation while you are 35,000 feet in the air,” Esteban said.

“Food safety is the backbone of the inflight catering industry and the commissary kitchen is no exception, even if majority of the meals produced now are not intended to be for flight.”

He counts the vast culinary experience of the MacroAsia team, combined with their hygiene standards, as just a couple of strengths that set them apart from the others.

With new strains of the coronavirus threatening businesses worldwide, Esteban can only hope that the company can adapt—and adapt quickly.

“Everything that happened in 2020 was unprecedented. No amount of good planning could have prepared us for a global crisis like this. What is important is the collective vision of our company that recovery is imminent. So for now, we shall continue to adapt to the prevailing situation with agility to swiftly shift to where windows of opportunities will open,” he said.