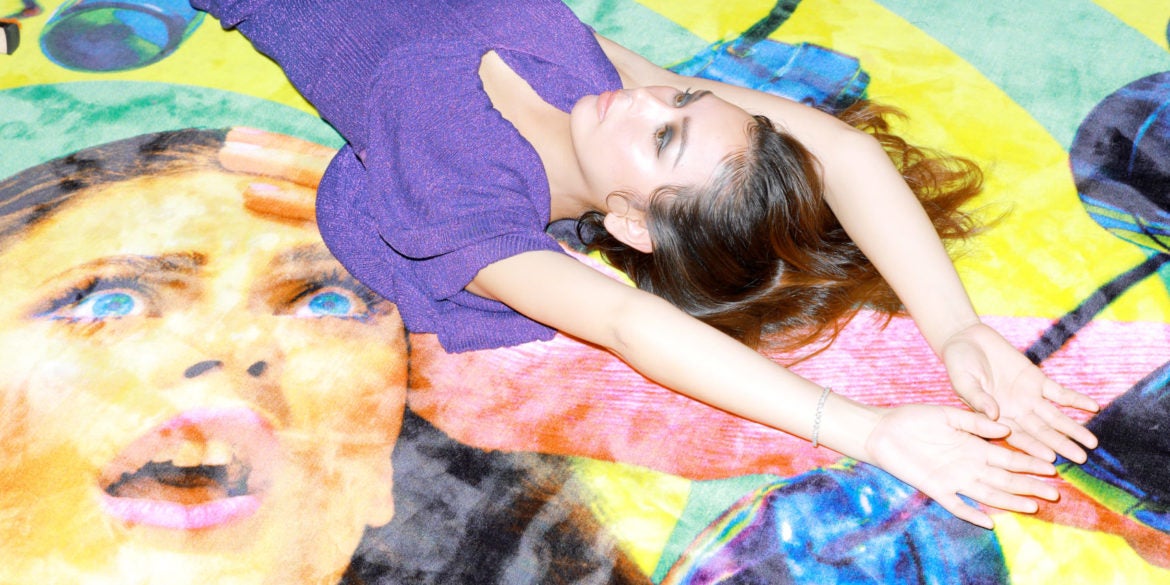 In a field that welcomes new faces almost every day, Beauty Gonzalez knows it’s all about being relevant. In a quick sentence, she’s practical about the fact. “I want to be relevant at work so that I can get work all the time.”

The how to achieve this relevance is the tricky part. At least for others, because Beauty is on to something. There is a balancing act involved between your personal life and what people see on their screens. “Be yourself and be good at what you’re doing, but don’t be too exposed about yourself. You have to keep something also to yourself. The mystery is good.”

With Clubhouse making impromptu podcasters every second, Instagram Stories seemingly begging us to document every single minute, and Twitter thriving for every half-thought, it’s a solid piece of advice. “Give them enough but not too much to last in this business,” Beauty says.

Sans any more prodding, she concludes her theory with a loaded truth. “In show business, it will also take you far to be kind to everyone.”

As our February cover star, Beauty walks the talk as she takes us through a bit of her personal life, only to relate it back to her showbiz plans. You’ll be surprised at what she reveals: from the funny to the frank, and from the silly to the serious.

What’s your routine like?
I wake up around 5 a.m. every day, and the first thing I do is have coffee and read my book. It’s called The Daily Stoic. I’ll read one page every day, and then I’ll wait for my newspapers. I still have newspapers delivered to my house. After that, I’ll go for a walk. I usually walk around the village, maybe around five kilometers. I get back when everybody’s awake, so I start my motherly duties and wifely duties.

How come you like waking up early?
I love starting my day early, so I don’t feel bad. If I start around lunchtime, I feel sad. I feel bad like I wasted my day. I also believe that you can do everything you want to do if you complete eight hours of sleep.

Is there a hobby you’ve picked up in the last year?
I’ve been collecting interior design books hoping to build something someday. I love architecture books.

Any style you favor when it comes to design?
Mostly, I like the mixture of modern and antiques. I’m a fan of Geoffrey Bawa. I also like Spanish architecture. I would watch or read features of Architectural Digest on these types of homes and spaces. On top of that, I love antiques. I’ve been into collecting antiques now, anything about Filipino antiques.

Tell me about your first showbiz project.
It was with Claudine Barretto called Iisa Pa Lamang. Let’s not say when it was because people will know my age! [Laughs] I was so happy because I looked up to Claudine like an older sister. Growing up in the province, I would see my yayas in the kitchen watching her teleserye, so I also would watch.

I was so excited to work with her on my first show, but I also had to cry. I was so scared that I would make a mistake and they would get mad at me. Imagine a girl from Dumaguete who suddenly came to Manila, and Tagalog wasn’t her first language. It was so scary, but I was happy that I survived and I’m here.

Yeah, look at you now.
I didn’t give up, and I was fortunate that God gave me this job.

How did you get your start?
I have a feeling my mom wanted me to join showbiz because it was her dream for herself. She won’t admit it. [Laughs] But I’m thankful she pushed me. She was the one who told me to join Pinoy Big Brother. I kept objecting, but she wouldn’t take no for an answer. There was a lot of fighting until she convinced me. But I’m thankful for how it turned out. I guess it’s one of those things: Mom knows best.

If not for Pinoy Big Brother, where would you be?
I already had business plans in Dumaguete, but my mom just found it so morbid. I wanted to have a cemetery. I don’t find death scary. I wanted to design coffins.

What’s the funniest thing you’ve read about yourself?
I’ve been thinking about that question; I’ve been asking my husband earlier because he’s the one who reads the comments and articles. I stay away from those things, but maybe one funny thing people write is that they all think that I’m still fat. They can’t get over my PBB phase.

Who are your real friends in showbiz?
I have a few friends. I have Ellen Adarna. I’m also friends with Ruby Ruiz. She’s my acting coach. I believe that I need to consult with an acting coach for every project that I do. And you know, there’s nothing wrong with asking for guidance and learning new things.

What’s one lesson you believe makes for a good mother and wife?
I believe that you should always, as a wife and a mother, fill your cup. Do the things that make you happy, do the things to treat your body and your mind. If you give enough time for yourself, then you can give more love to other people.

What’s the secret to a good marriage?
You should have a happy wife, and that will make your life happy. There’s no other way! But as a wife, you also make sure that you have a clean house, good food, time for your family, and time for yourself.

What’s your beauty secret?
My goal every day is to sleep well because no matter how much you go to the derma, it’s useless if you lack sleep—also, lots of water and lots of prayers. [Laughs] I moisturize my face and body; from the top of your head to the tip of your toes, moisturize, moisturize. Be as oily as you can.

Who are your fashion favorites?
I like Zoë Kravitz. I also like Audrey Hepburn, Katharine Hepburn, and Helena Christensen. Helena’s my favorite. You should flock to her Instagram. She poses so well, and she has nice photos. She looks good. The secret to her looking young is that she takes a cold water bath. That’s how obsessed I am with her.

Who is an actress you wouldn’t mind taking a class from?
Natalie Portman. I really did take her MasterClass in acting.

It’s a beautiful weekend morning, what would you be doing?
Probably going to antique stores, museums, and art galleries, I go to a lot of art galleries. I have a lot of favorite ones, in Makati and also in Quezon City. I’ll drive all the way to Quezon City, and I’ll visit West Gallery, and I’ll pass by Art Informal in Greenhills, and then I’ll go to Finale in Makati and then Silverlens.

Since you came from PBB, is there a reality show that you like watching?
Oh my God, I got into Bling Empire.

What’s one thing people always compliment you about?
A lot of people look at my feet. They like it. I don’t know why. I can’t explain. There’s also one actor, I won’t name him, who suddenly grabbed my feet and kissed them. I was so shocked!

What? Weird!
Yes. That’s so weird. I will never name the actor!

What’s your dream movie and role?
I’m happy to challenge myself. It’s hard to ask, but I do want to star in an action film. Also, I want something about reality, about life.

I’m always doing TV lately, so I want to do a film and be the lead actress. I’m just waiting for the right script.

The many different lives of Mond Gutierrez

Maggie Wilson-Consunji: I want people’s homes to feel like their own private vacation