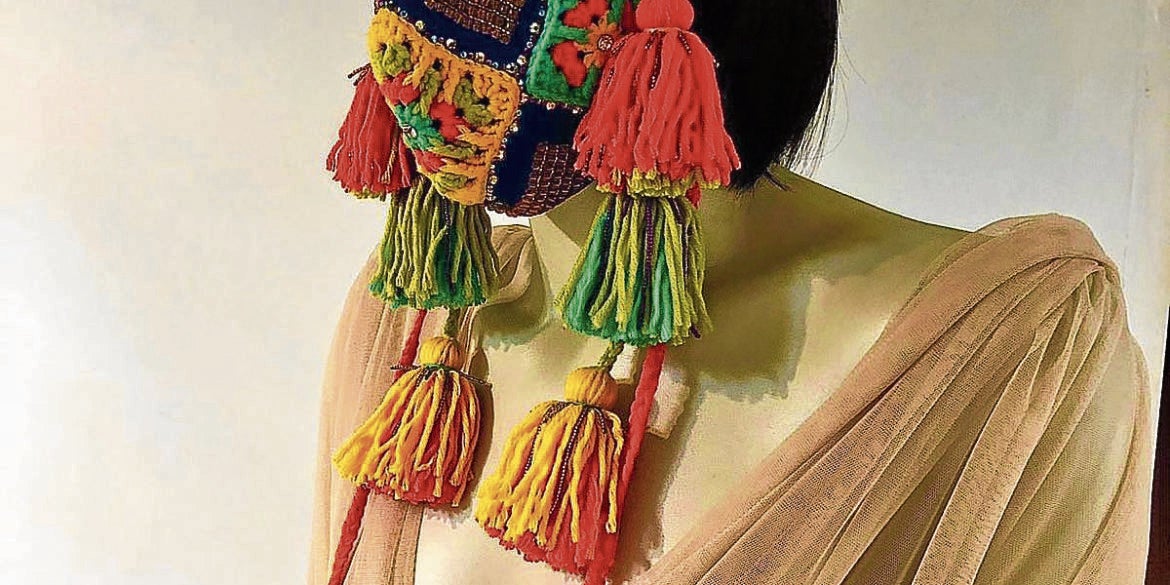 As we near the anniversary of the first lockdown due to the pandemic, an exhibit and auction has been planned featuring face masks by several local designers.

The weeklong “8 Arts Masks, 8 Charities” exhibit by the Fashion Designers Alliance on March 5-12 took close to a year to finalize.

The designers were approached weeks into the lockdown last year. As all client meetings and fittings were halted, each designer had the time to come up with a face mask inspired by a country they had drawn by lots.

Roel Rosal picked Colombia. After a bit of research, he found inspiration in the woven bags produced by the women of the Wayuu tribe, and the beadwork of the Embera Chami tribe. He then fashioned a mask with a base of silk gazar that he embellished with yarn, Swarovski crystals and cut beads. The finished product also features multicolored tassels.

Peru’s Rainbow Mountain or Vinicunca served as the inspiration for Julius Tarog’s buff-like mask that trails beyond the neck. He used satin and cut beads that he arranged by color.

Marvel Comics’ fictional country of Wakanda “located” in sub-Saharan Africa was the kick-off point for designer Louis Claparols. He imagined the warriors of Wakanda wearing the textured mask that he made with metal, crystals and matte sequins. “I stacked them together to look like bone fragments to give the mask a very tribal feel,” Claparols said.

The masks will be auctioned off and the proceeds will go to each designer’s chosen charity. For Rosal, it’s the Cancer Treatment and Support Foundation; for Tarog, Save the Children organization; and for Claparols, the Philippine Animal Welfare Association.