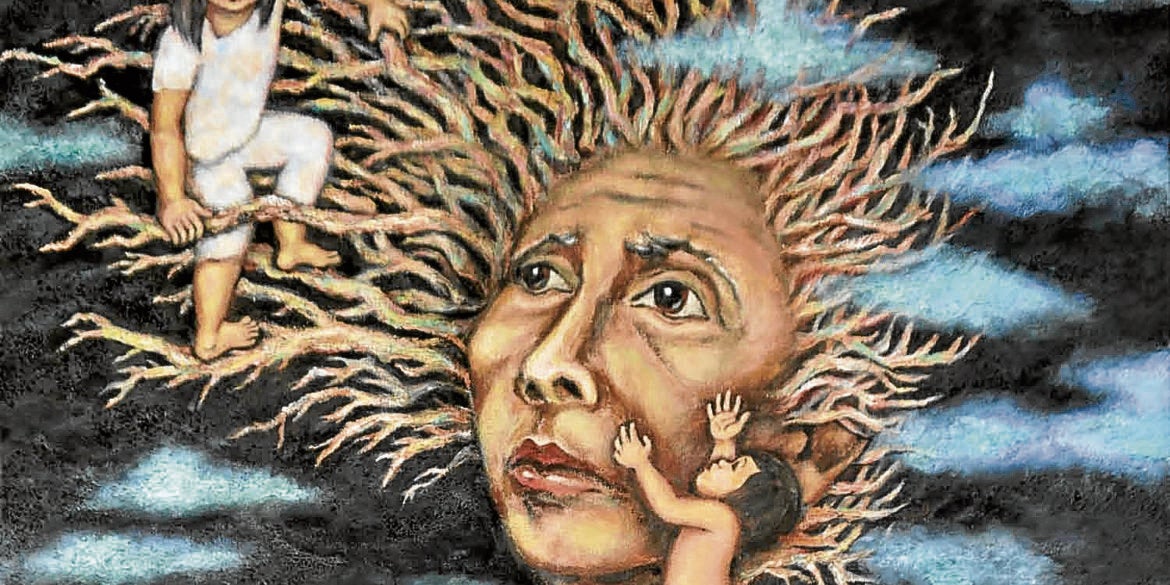 What exactly is the role of creative writers amid the horror of COVID-19? Four books try to reveal the literary answer 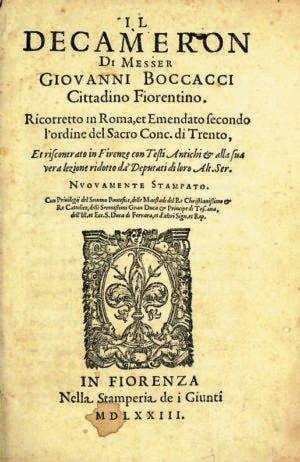 In the face of the world they know ending around them, what do storytellers do? Do they hide and simply survive? No, they write, but what to write? Do they turn to writing escapist tales? Or do they write about the world the way only they can?

In the 14th century, the bubonic plague, also known as the Black Death, was ravaging Europe. In Florence, the writer Giovanni Boccaccio wrote “Il Decameron” or “The Decameron,” a book about trying to survive the Black Death.

This was the inspiration that triggered a most unusual project by the New York Times Magazine. It arose from novelist Rivka Galchen’s story pitch suggesting that the locked-down denizens of New York pick up “The Decameron” (which incidentally was already selling out at the time).

The editors at the magazine then thought: Why not create a “Decameron” for the COVID-19 pandemic? The magazine came out on July 12, 2020, to a warm reception and critical acclaim, and that issue is now on bookstore shelves as “The Decameron Project: 29 New Stories from the Pandemic,” selected by editors of the New York Times Magazine (Scribner, New York, 2020, 300 pages, available in hardcover from Fully Booked and fullybookedonline.com).

The 29 tales—lonely, befuddled, hopeful, despairing—include some translated from Portuguese and Hebrew, and range from the funny (Mia Cuoto’s “An Obliging Robber,” where a homeowner hilariously mistakes a health worker in personal protective equipment for a gentle invader) to the fearful (Liz Moore’s “Clinical Notes,” about a mother’s measurements of a child who is coming down with the illness).

Standouts include Booker Prize winner Margaret Atwood’s “Impatient Griselda,” which is a first-alien account of a, well, alien who arrives on Earth in the middle of the quarantine, and “How to Live Safely in a Science Fictional Universe” author Charles Yu’s story “Systems,” which is almost a prose-poem of human distraction, distress and priority.

“The Decameron Project” is notable in that it is a creative writing project about the pandemic meant to be read to get people through the pandemic—indeed, a modern, modified take on the Italian original. They got it out so quickly that it fulfills its original and new purpose well.

In the Philippines, journalists have been writing about COVID-19 from the start, and there are those who have said it would be insensitive to collect creative writing for anthologies while more than a thousand Filipinos are being infected every day. 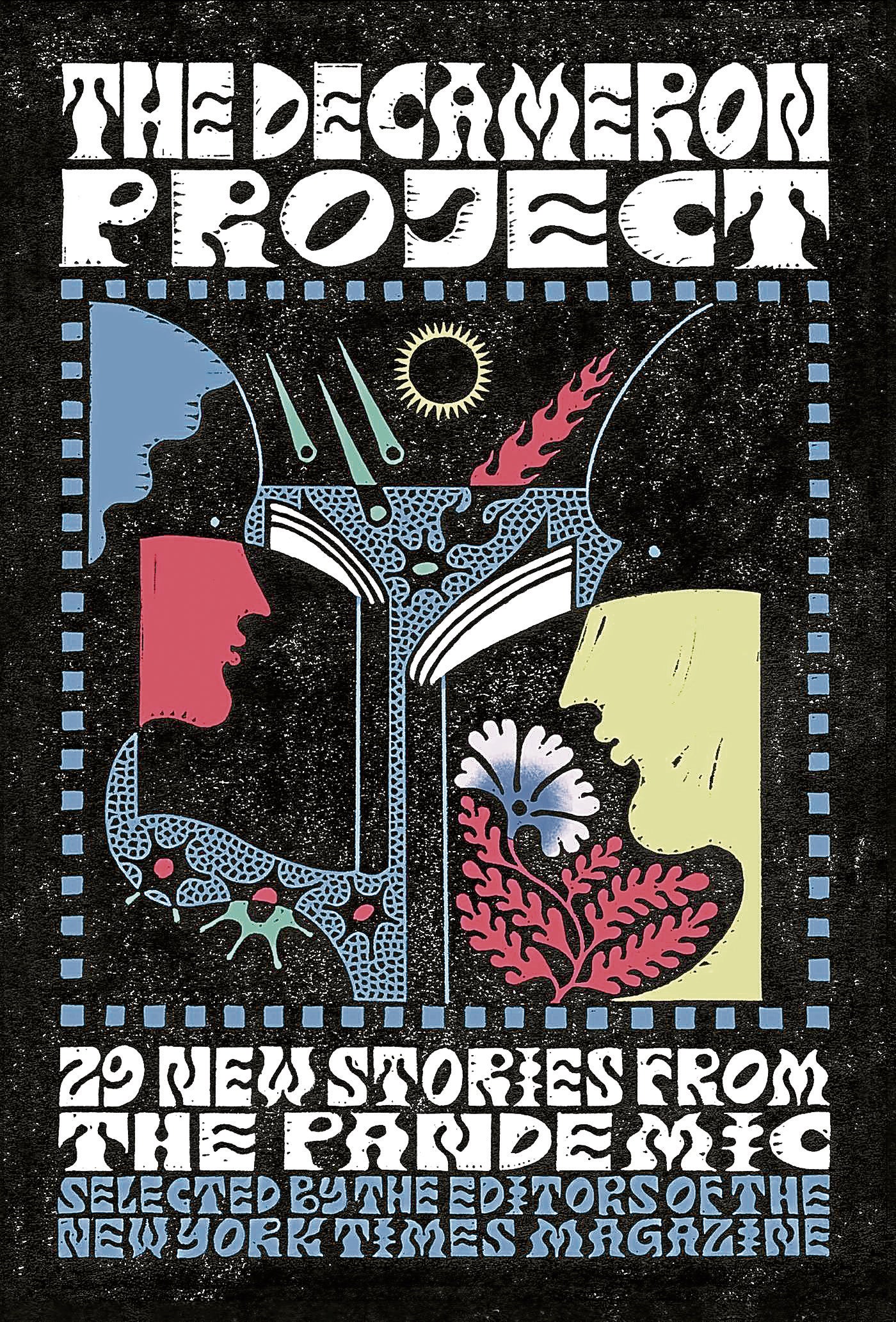 Poet and scholar Gemino H. Abad notes, the “speaking for myself, the role of any writing is to speak truth! From one’s own reflection on his life experience. It cannot be ‘insensitive’ and it may always help one and others.” He goes on to say, “I wouldn’t know what a ‘new normal’ might mean for ‘creative writing.’ What will remain, I think, under any circumstances, is a commitment to truth.”

The creative writer’s role then is to write the Filipino experience of the pandemic for Filipinos to read. National Artist for Literature Virgilio S. Almario was an early example of someone writing about the pandemic as he posted new poems on his Facebook pages (Virgilio Senadren Almario or Rio Alma) every day of the initial enhanced community quarantine, writing about mortality and front-liners.

In fact, e-books about the pandemic in the Philippines were released during the pandemic. The Cultural Center of the Philippines’ (CCP) Intertextual Division, with Philippine PEN, launched the anthology “In Certain Seasons: Mothers Write in the Time of Covid,” edited by Jenny Ortuoste and Che Sarigumba (download it for free via the CCP Facebook page; email [email protected]; tel. 0919-3175708) last month.

The book was conceived by the CCP Intertextual Division’s Beverly Wico Sy. “Having read countless posts by mothers on Facebook throughout the lockdown, [Wico said] many were insightful and well written, as well as being immediate reactions to the pandemic and its ramifications at the time,” said Ortuoste, a journalist and teacher at the University of Santo Tomas.

“We decided to make the project ‘open genre’ to be able to accommodate different creative forms that would make the collection more interesting and expressive of the artists’ emotional and mental states at the time. We tried our best to get a diversity of voices and backgrounds and made sure that the regions were represented.” 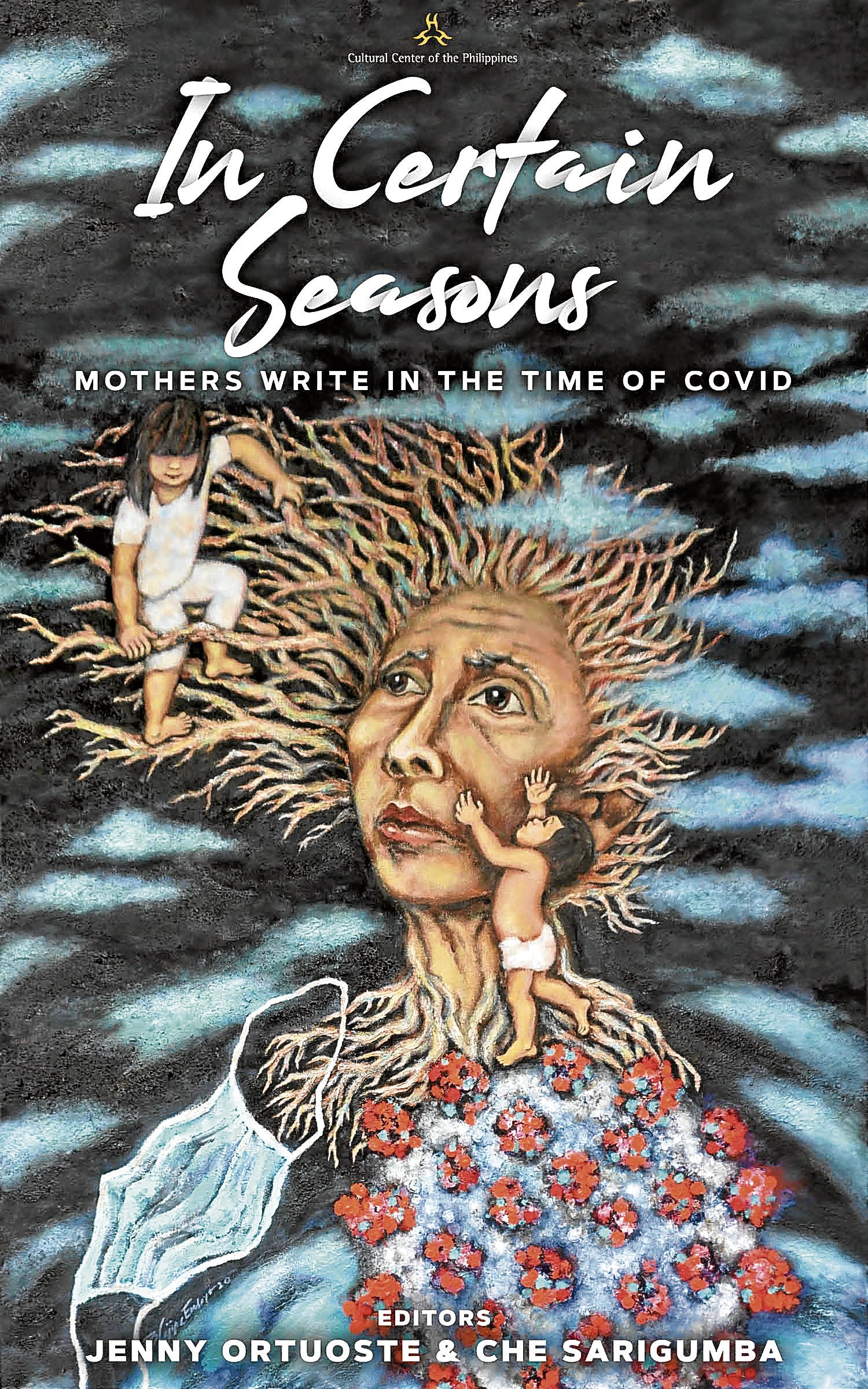 “In Certain Seasons” was finished rather efficiently, with the call for contributions out in early October and most of the contributions in by November.

The experiences distilled in “In Certain Seasons” begin at giving birth, continue on to teaching at home, to cooking and starting a business, gardening, reflecting on relationships, caring for the ill, and facing the idea of growing old and facing death.

Ortuoste said, “We have received requests for a print version, but we need sponsors to help shoulder the cost.”

But the making of “In Certain Seasons” has been a proud and happy experience for her. “On a personal note, I was diagnosed with breast cancer, underwent double mastectomy surgery, and started chemotherapy throughout the months we were working on this. So this book will be memorable for me on many levels.”

Ortuoste is a definite believer in the importance of creative writing during the pandemic: “The pandemic is a life-altering event that has shaken the world to its core. The more the people who are recording their take on an event, the wider and broader a range of perspectives we have on the matter, and creative writers are well poised to contribute their efforts, along with historians and journalists.”

Aside from the diverse and excellent writing, “In Certain Seasons” is important because of what it represents: “Mothers were at the front lines of the pandemic, making the home run smoothly while everyone was at home for months during the lockdown. Yet their opinions and feelings are often overlooked and relegated to the background. This book brings at least some of that to the fore,” Ortuoste said. 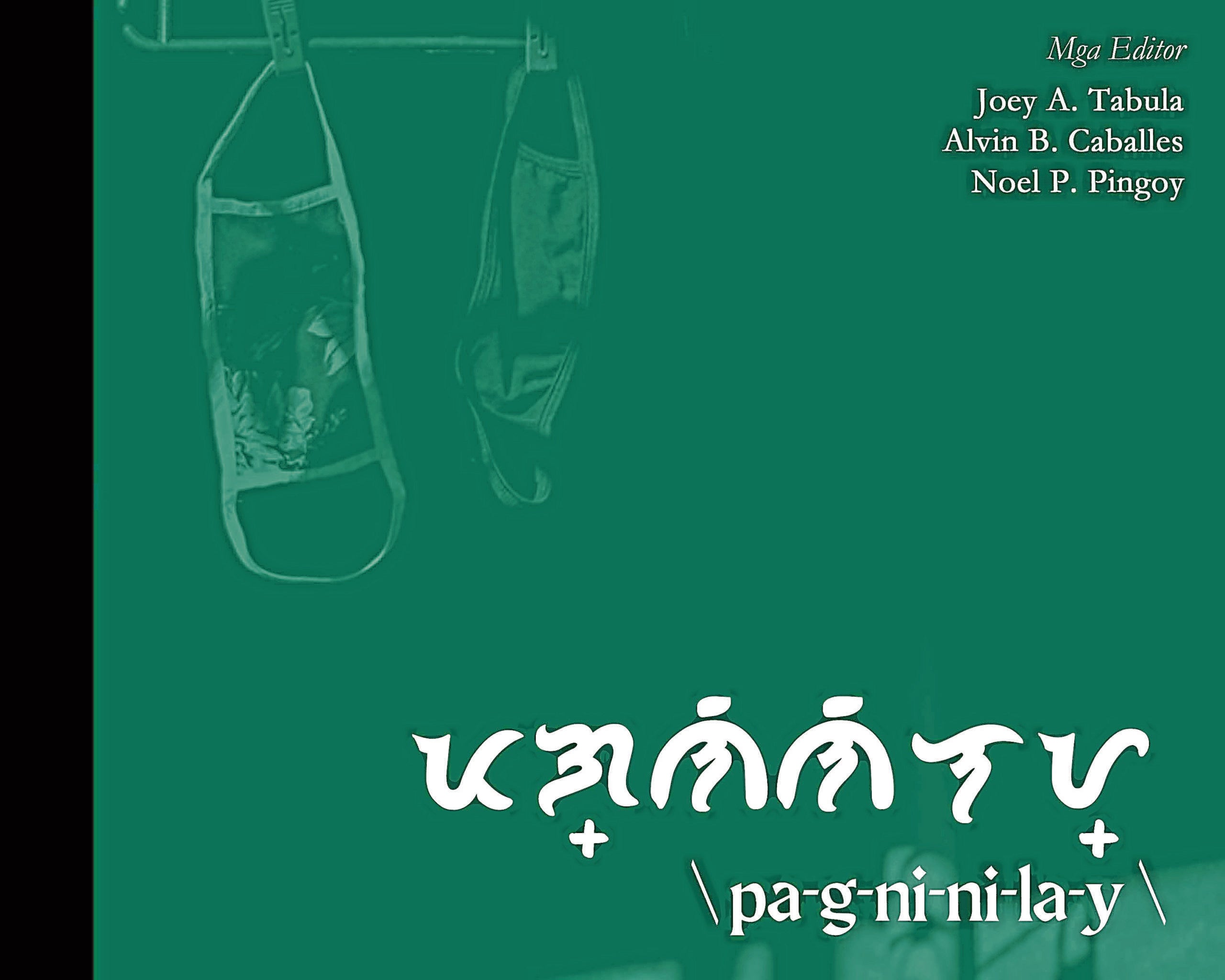 The other literary anthology on COVID-19 that has already come out is attached to a broader project. The University of the Philippines-Philippine General Hospital (UP-PGH), one of the major battlegrounds against the virus, initiated its Human Spirit Project.

The project is an online archive that “documents the stories of the people who work in PGH since it became one of the country’s COVID-19 Referral Centers.”

“The first book is about the PGH or the hospital response to the pandemic,” Dr. Tabula said. “The second book is about volunteerism… The third book… tells the stories of front-liners and nonfront-liners from hospitals outside of PGH and local communities. ‘Pagninilay’ is a mix of medical and nonmedical creative writers. It offers a holistic examination and perspective of the pandemic.”

Dr. Tabula had been brought on board by Dr. Caballes, who headed the entire book project. The criteria was that the contributors needed to be from UP (“past and present, including fellows of UP creative writing workshops”) and the writing needed to be about the pandemic. The call for submissions went out in April 2020 and by June they had more than 100 contributions.

The struggle is real

The poems, stories and essays are well crafted and urgent. “I want readers to know or be reminded that the struggle during the pandemic is real and that they are not alone in it,” Dr. Tabula said. “Doctors and other professionals are with them. The book is subtitled ‘Hinga, Hingal, Hingalo.’ That basically is the description of our collective experience during the first few months of the pandemic, or even perhaps almost a year in the pandemic. The book encourages everyone to respond to this ‘Hinga, Hingal, Hingalo’ and assert from our government the good COVID-19 response that we Filipinos deserve.”

An internist, Dr. Tabula is that rare physician-writer who has already published a book of medical anecdotes and a book of interviews with oncologists. “This is my advocacy, to bring the creative writing of doctors to the people,” he said. He is, in fact, one of the panelists for the upcoming Bienvenido N. Santos Creative Writing Center Creative Nonfiction Workshop for Doctors at De La Salle University later this year. Additionally, “Pagninilay” will be released in print some time in 2021.

Expect then more writing and more books about the pandemic by Filipinos as the virus mutates and the quarantine drags on.

In a sentiment that can be traced from “The Decameron” to “Pagninilay,” Dr. Tabula says, “Aside from chronicling the pandemic experience, creative writers offer new ways of looking and thinking about the pandemic. It also encourages reflection among the readers, to think deeply. And this reflective reading and thinking can offer new ways of responding to the pandemic. Creative writers have the capacity to heal the ills of the country.”