What Tony Labrusca learned about himself during the pandemic | Lifestyle.INQ ❮ ❯ 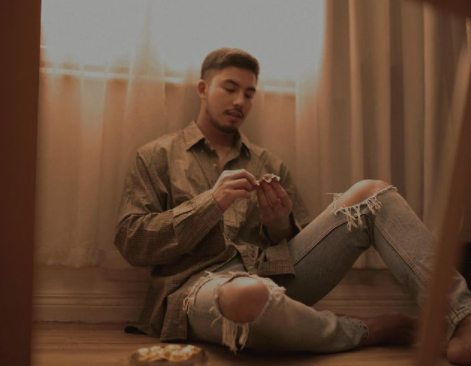 What Tony Labrusca learned about himself during the pandemic

With the pandemic affecting people from all walks of life, actor Tony Labrusca is no exception, as he finally learned to acknowledge things he never had time for in the past.

When asked what’s the best thing that lock-in tapings did to him, in relation to his work and his relationship with cast members of “Bagong Umaga,” Labrusca candidly answered.

(Maybe it will sound like a cliché but all my demons, all my problems which I have not solved yet, I didn’t have a choice but to really face them, to analyze them.)

“It is still teaching me as of this moment how to be grateful, enjoy the moment, be happy with small things, little things that really matter,” he said, noting the pandemic has also taught him that family and God always come first.

The best thing that the situation did to him was that it taught him the value of gratitude, reminded him of his core values and what really matters at the end of the day, the actor said. He also admitted to being grumpy, which he gets to confront by exercising patience.

“So, you’re really just home. Wala kang choice (You have no choice). You have to practice patience. You have to figure out how to deal with it in a healthy way on your own,” he added.

“Honestly, it really changed me,” he said of his experience.