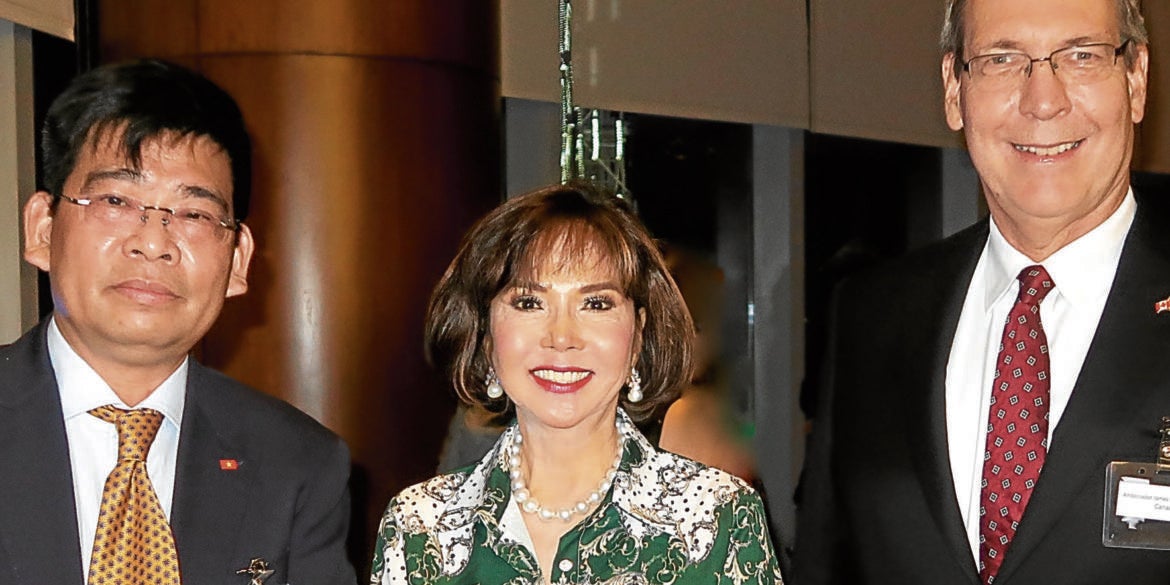 Consular fellowship in the time of COVID

In March, all of the Corps' plans were put on hold, including the annual Consular Ball

One of the important elements of diplomacy is building bridges in the political, economic and cultural spheres. What is gratifying for those in the profession is that personal ties are established in the process.

The Consular Corps of the Philippines, composed of career and honorary consuls, provides the opportunity for making and strengthening personal and professional connections, even if people come and go in the diplomatic circle.

Usually, the most awaited Consular Ball, which takes place every first Saturday of December, is the main fundraiser of the Corps for its social responsibility programs, mainly scholarships for deserving students.

In lieu of the annual Consular Ball, the Corps had a simple special fellowship dinner at Conrad Hotel, in which health protocols were strictly enforced.

Other new diplomats present were Deputy Chief of Mission of Russia Vladlen Epifanov and Consul General Wang Yue of China.

Annette Ablan, Consular Corps of the Philippines dean for 2020 and honorary consul of Belarus, gave recognition to Romania Honorary Consul General Sergio Ortiz-Luis for his more than 15 years of service to the Corps as treasurer, and to Honorary Consul Joe Assad of Lebanon for his unceasing efforts as media affairs officer.

During the dinner, the incoming dean for 2021, Deputy Head of Mission David Ambrus of Hungary, was presented to the Corps.

A plaque of appreciation was presented to outgoing dean Annette Ablan for her service in this challenging time.

In mid-March 2020, all of the Corps’ plans were put on hold. Most of the consuls were preoccupied, attending to their citizens who were stranded in the Philippines. Indeed, it was a daunting task, as many foreigners were on different islands. The Department of Tourism and the local government units worked with the embassies for the repatriation efforts.

During the lockdown, the members of the Corps came together to contribute and donate personal protective equipment to the Philippine General Hospital and to the Corps’ counterparts in Cebu and Davao. Members also responded to the request for medicines and vitamins for the Philippine National Police front-liners assigned to swab testing centers.

These are trying times indeed, but one has to strive to build bridges. —CONTRIBUTED