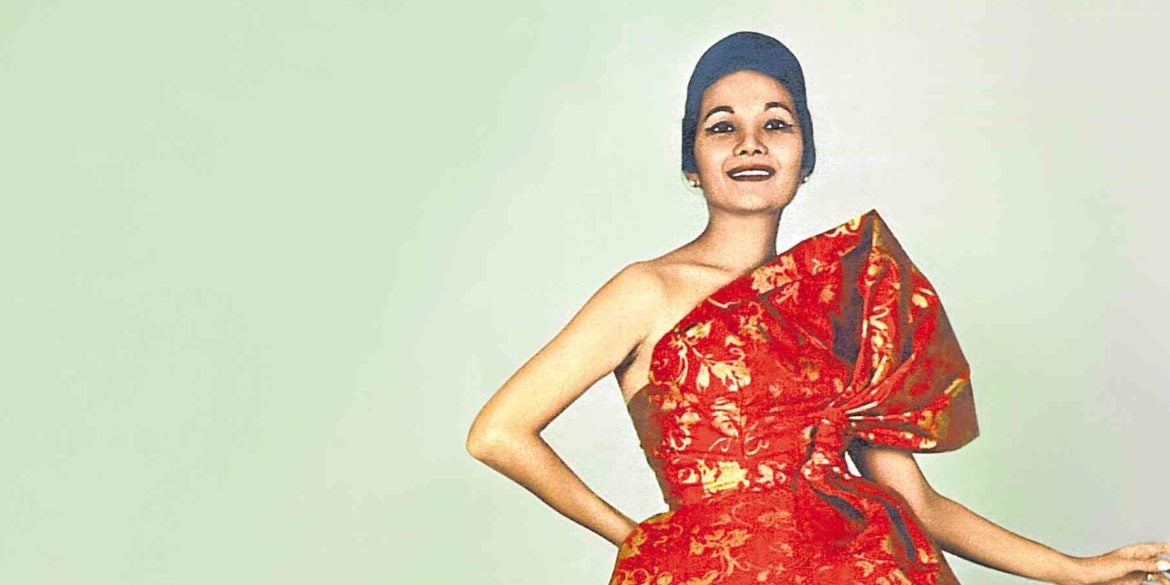 Wanted: The next National Artist for Fashion Design

Industry insiders say it’s about time, as several names are submitted for consideration for the highest national recognition for a Filipino artist

Could this be the year the field of fashion design gets its second National Artist?

Several organizations have confirmed that they’re submitting names of fashion designers, both living and dead, for consideration in “the highest national recognition given to Filipino individuals who have made significant contributions to the development of Philippine arts.”

The names of Christian Espiritu and Patis Tesoro are also reportedly being floated.

“This is our way to push for recognition of fashion design as a legitimate art form,” Aquino told Lifestyle in a phone interview.

He clarified that PFC is merely “endorsing” the five names to the National Commission for Culture and the Arts (NCCA) and Cultural Center of the Philippines (CCP), the government bodies in charge of the Order of the National Artist Award, to get around the intricacies of actually nominating, which would require them to gather and present supporting documents and proof of each nominee’s significant works.

Aquino added they also wanted to avoid duplication, since some of the names PFC is endorsing are already reportedly being officially nominated by other organizations, like Slim, by her namesake legacy school.

Slim’s son and the school’s administrator, Mark Lewis Higgins, confirmed this to Lifestyle. Higgins said this is the first time Slim’s Fashion and Arts School is nominating his mother, who died in 1990, though she was previously nominated by Helena Benitez.

Lloren told Lifestyle he rued that there hasn’t been a National Artist for Fashion Design since Ramon Valera was conferred posthumously in 2006, the first and only fashion designer to be added to the prestigious roster since the Award was created in 1972. (Valera died in 1972.)

The Order of the National Artist Award is given to seven categories. Fashion Design falls under Architecture, Design and Allied Arts. The Award is given every three years, and is conferred by the President on June 11, according to the NCCA website.

“Whose fault was it that there hasn’t been another fashion designer for consideration?” Lloren said rhetorically. “It’s because people like myself didn’t do anything . . . I’ve been talking with (fellow fashion designer) Lesley (Mobo), and we agreed that we really ought to unite to better legitimize our work. We shouldn’t wait for a deserving person to die before being recognized.”

In Lloren’s nomination letter shared with Lifestyle, he cited Sotto’s “dedication to, and mastery of, his craft,” in his “decadeslong career, not just as a designer but as a staunch supporter of the local fashion industry” that has influenced generations of designers, including Lloren himself.

“Mr. Sotto made his mark by introducing a Filipino aesthetic quite distinct from his predecessors—a minimalist modernity that broke the prevailing look at the time, and one that would evolve into a singular classicism still studied and revered by his peers to this day,” Lloren wrote.

“More than a designer, Mr. Sotto is a true artist who embodies the Filipino soul—gifted, original and innovative.”

Asked why Sotto, not, say, his contemporaries and perceived rivals Auggie Cordero and the late Salazar, or even Espiritu, who was both Lloren’s and Sotto’s mentor, Lloren said: “Merely because I am most familiar with Inno’s work. I was Christian’s assistant in RTW, so I’m not aware of his work in couture; that was during Inno’s time as his assistant. The others are just as great designers, but as (a nominator), I’m pushing for Inno because I’m most aware of his work, and I think he’s deserving of the award.”

Lloren said that when Sotto rose to fame in the 1980s, he introduced a minimalist aesthetic that was markedly different from the elaborate works of his direct predecessors, like Farrales and Moreno. “It was a good turn for Philippine fashion and it influenced many of us,” Lloren said.

“Inno continues to be relevant because he shares what he knows and he pushes for younger designers, like in his Fashion Watch Series, and now at the TernoCon,” Lloren added. “He’s mentoring many to this day, that’s why he is very much respected. The younger designers know of his work.”

For the PFC’s part, Aquino said they chose “deserving candidates based on the criteria, instead of being biased to one.”

Of the many possible candidates, Aquino added they chose names “with bearing” and which are “winnable.”

“You have to understand that this is also a political exercise,” Aquino pointed out. “Joe and Pitoy were identified with Imelda Marcos. Inno was identified with the Ramoses . . .”

In 2009, Moreno’s name was dragged in the controversy when he was among four individuals named National Artist via the “Presidential prerogative” of then President Gloria Macapagal-Arroyo. The four were not nominated by the official NCCA and CCP selection committee. The Supreme Court voided the proclamations in 2013. (Moreno died in 2018.)

“We want to be part of the conversation,” Aquino said. “This question is always raised: Is fashion really an art form? Naturally! It speaks of the times. It’s a timeless representation of culture . . .”

“You can’t create a national award, make one exception with Valera, and say, never again,” Higgins told Lifestyle in a phone interview. “It questions the credibility and integrity of the award, because why him and why never again? We’ve set a precedent.”

He cited couturier Yves Saint Laurent, who was conferred in 1985 and 2007 the Legion d’honneur, the highest French order of merit, and was given a hero’s burial when he died in 2008. “I doubt France would have given him that if they deemed fashion shallow.”

Fashion as art and craft

Higgins, himself an artist and writer, added in an email to Lifestyle: “It is unfortunate, but oftentimes in history, one of the stigmas of a developing country is that it rarely recognizes its own artists and geniuses before the more developed countries recognize them.

“In my opinion, fashion is both an art and a craft. The art is in the vision of the design, and the craft lies in the making or execution of it. However, not every book or painting that exists is great art or great literature—there is also a commercial side and a superficial side to everything, and the same goes for fashion.

“The principles of designing and constructing a garment are virtually the same as what are applied to architecture, which is already one of the National Artist categories.

“Not only should fashion be considered an art form, you already have some of the most prestigious museums of the world, such as the Costume Institute at the Metropolitan Museum in New York and the Victoria & Albert Museum in London archiving vast collections of both costume and contemporary fashion.

“This is because the more developed countries realize that clothing and textile are valuable artifacts that present their own unique information about human history in terms of economics, culture and society. And all fashion that is today contemporary, decades or even centuries later, becomes costume or artifact.”

Higgins’ mother, a student of Carlos “Botong” Francisco, also started out as a painter but would later choose fabric as her medium of artistic expression.

In Higgins’ nomination form, he wrote of how his mother was the “personification of the postwar, liberated Filipino woman who, among other things, transformed the terno into a work of art. The terno came to represent a newly independent nation with a bright future ahead of it, and would reflect the glamour and sophistication of the couture houses of Paris.”

He also underscored how the school Slim’s founded in the 1960s has mentored eminent names in Philippine fashion, like Salazar, Cesar Gaupo, Michael Cinco and Joey Samson, among others.

Lloren, Aquino and Higgins assent to the possibility that the honor may not even go to a fashion designer this year. Not only is the prize not given to all categories every time, but the nominated fashion designers are also up against others in the Architecture, Design and Allied Arts category.

But, they agree, if a fashion designer indeed is named National Artist, whoever that may be, it will be a triumph for the industry.