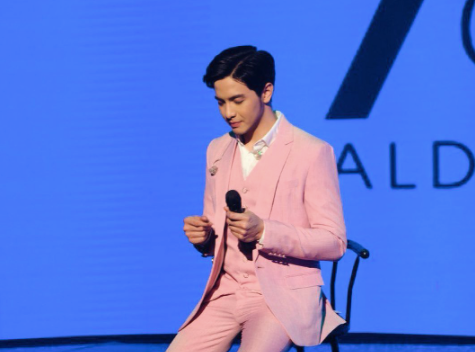 The Film Development Council of the Philippines (FDCP) will honor filmmakers and artists’ resilience amid the pandemic in its 5th Film Ambassadors’ Night (FAN) on Feb. 28.

FDCP Chair Liza Diño stated that it is important to honor our artists who won in international film festivals despite the onslaught of the pandemic.

“‘Yung resilience po na sinasabi natin as an industry, dito po talaga lumalabas because of the many accolades na tinatanggap ng filmmakers amid the pandemic. So, Film Ambassadors’ Night is about that,” she said in an online conference for FDCP last Thursday, Feb. 18.

(The resilience that we are all talking about in the industry showed through the accolades that our filmmakers received during the pandemic.)

She said that during the pandemic, a lot of “movements” were observed in the industry. She also stated that the FDCP as an agency went through trials and unexpected events. Diño hopes that these shared trials would be an opportunity for the industry people to unite.

“I-celebrate po natin ‘yung magaganda na nangyari sa 2020 and to look forward for better days for us,” she added.

(Let’s celebrate the good things that happened in 2020 and look forward [to] better days for us.)

Leading the FAN 2021 honorees are the “A-Listers” filmmakers Rafael Manuel and Lav Diaz. A-Listers pertain to those who bagged awards in prestigious A-List international film festivals as declared by the International Federation of Film Producers Associations.

The Actors category will award Cristine Reyes for “UnTrue”; Ruby Ruiz for “Iska”; Elijah Canlas for “Kalel, 15”; Louise Abuel for “Edward”; Isabel Sandoval for “Lingua Franca”; Lovi Poe and Allen Dizon for “Latay”; the cast of “Kaputol” led by Cherie Gil, Alfred Vargas, Angel Aquino and Ronwaldo Martin; and Alden Richards for being the Asian Star Prize recipient at the Seoul International Drama Awards. Dingdong Dantes and Arjo Atayde are the television awardees who made it to the FAN 2021 Actors list.

Cinemadvocates meanwhile is a special segment of this year’s FAN to laud individuals and groups that tirelessly champion the welfare of film workers and the development of the industry. Pangasinan 4th district Rep. Christopher “Toff” de Venecia, National Commission for Culture and the Arts (NCCA) chairman and Cultural Center of the Philippines (CCP) president Arsenio “Nick” Lizaso, Lockdown Cinema Club, Inter-Guild Alliance, Dingdong Dantes and Angel Locsin are the FAN 2021 Cinemadvocates.