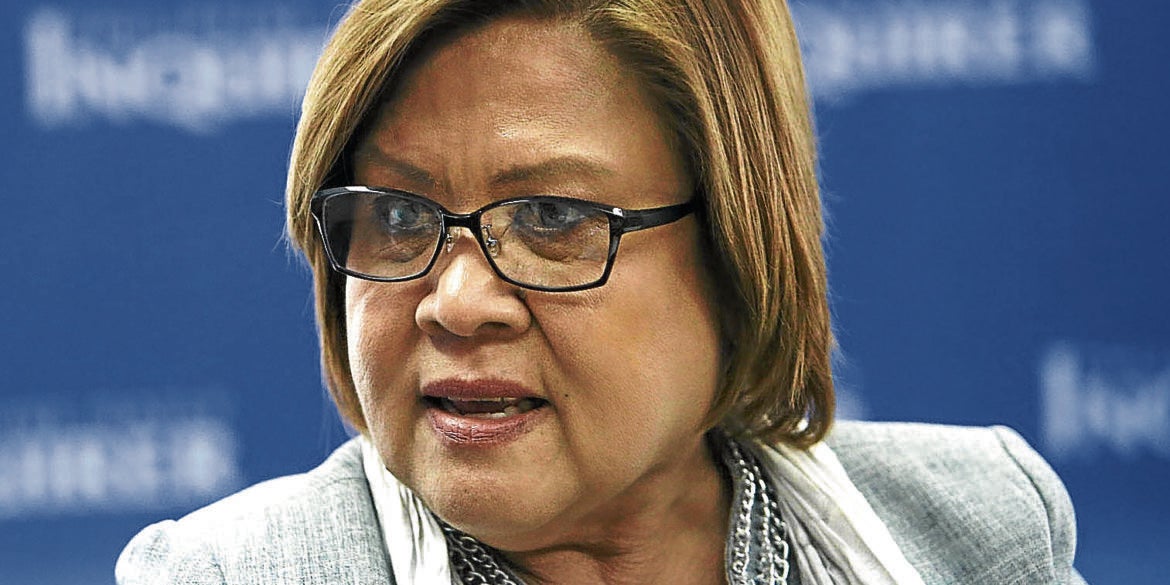 ‘No high concrete walls, barbed wires, or caged environment can silence me. I remain free in spirit and unbroken’

As February ends, I think of the commemoration of 35 years of the Edsa People Power Revolution (PPR) and the fourth year of Sen. Leila de Lima’s detention with much ambivalence. Decades after, the political, social and economic conditions in the country leave much to be desired, worsened by the impact of the pandemic.

There is the glaring injustice and paradox in a senator arrested on Feb. 24, 2017, the eve of the PPR anniversary.

There was recent welcome news of one of her three drug trading cases being dropped by a Muntinlupa court, as no basis could be found for the charges against the senator. Two more cases are pending and as the wheels of justice grind excruciatingly slow, De Lima waits it out in detention.

The senator has made full use of her years of confinement, judging from the books which document how she has continued to keep busy.

Among these are “Dispatches from Crame I & II” released on the annual anniversary dates in 2018 and 2019 of her arrest. Both are described as “A Selection of Handwritten Statements from Detention,” a detail especially to be appreciated by those of us who write and compose on our devices.

The feisty senator has not been allowed any communication device—no television, mobile phone, computer.

Her words as Global Thinker Awardee quoted in Foreign Policy Magazine 10 months into her first year of detention capture the spirit of the book: “No high concrete walls, barbed wires, or caged environment can silence me. I remain free in spirit and unbroken. I’m not giving up on my causes for truth, justice and human rights.”

And it is admirable how, in thinking about her fate and all that she has to endure, she always returns to thoughts of many other nameless victims who have suffered harsher forms of persecution, even death.

The bulk of the book is a response to the events, the atrocities of the day. They read as official statements expressed in the articulate De Lima manner, with the most biting words reserved for her jailer and his cohorts. It is a faithful record of the political issues of the times and her commentaries on them.

It is when she turns personal and introspective that the reader is given the chance to get to know her better as a daughter, a mother, a woman. Now, no longer just the former Commission on Human Rights chair and the secretary of justice—and the superwoman she has publicly manifested herself to be. 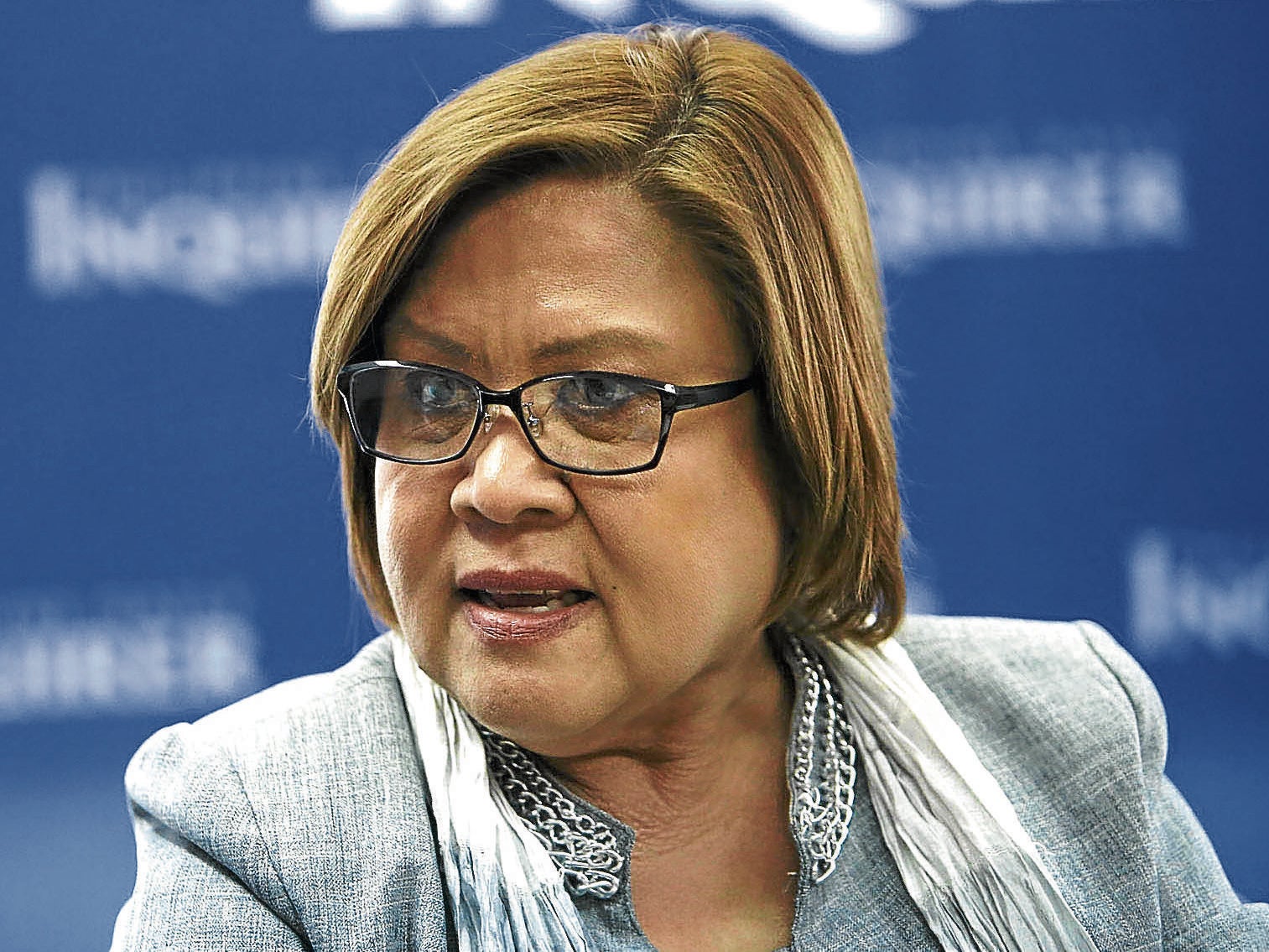 In one of her initial messages to family, there is a touching one for her special son Israel, then 33 in 2017, and her 10-year-old grandson Brandon, both of whom she considers especially blessed for having a world of their own: “Their perpetual innocence and purity in spirit insulate them from the cruelty and irrationality of humankind.”

She proclaims herself a risk-taker in many instances in her personal and professional life—from running in the national elections to initiating a Senate inquiry into the killings of suspected drug offenders to her public admission to a previous relationship for which she risked being judged negatively to facing an illegal arrest, “honored to be a prisoner under this repressive regime.”

To all these, she emphatically says she nurses no regrets.

The time that she never had enough of as a public official is a luxury that detention has given her. “I’m no longer in a hurry. I don’t rush anymore.”

She considers this enforced respite an involuntary sabbatical, a forced vacation, with more time “to read, to pray, to rest and exercise, and to sleep. I was even watching the heavy outpouring of rain this afternoon… I feed and watch over stray cats, my new pets.”

A dog lover with 13 dogs of different breeds at home, she has turned to caring for and feeding six stray cats. She is especially drawn to Blackie, the black cat who is an “outcast, a loner, an underdog.”

De Lima admits to crying thinking of her late father-mentor, former Commission on Elections official Vicente de Lima, and alternately feeling angry and sad, but never depressed. To her that is a special blessing to be thankful for.

She has not lost hope that truth will eventually prevail and gains strength from the thought that she will be vindicated, resolved as she is in restoring for her children a good name.

It is also messages from friends known and unknown to her that give her much hope. She cites the book “Night” by Nobel Peace Prize winner Elie Wiesel sent to her by an Ateneo High School student that came with the dedication, “The audacity of hope meets even the staunchest of prison bars. Hope. And it will carry you through.”

“Dispatches from Crame II: Faith, Hope & Love” continues to be a faithful chronicle of De Lima’s days in detention, a record she herself admits to be a gauge of her mood on different occasions, when read chronologically.

On the second anniversary of her detention or 731 days after, she affirms where her true freedom lies: “It lies in the pen I hold in my hands.” Inspired by Rizal and his “Ultimo Adios,” she attempts to follow in his footsteps, documenting what ails society, viewed from a distance by a “detained prisoner of conscience.”

In the second year of detention, two events broke her heart. One was not being allowed to attend her younger son Vincent Joshua’s graduation from law school. It was a mother’s unspeakable pain not to have been granted her request for humanitarian consideration, something accorded other high-profile detainees.

In Dispatch 318, she addressed Vincent: “You have hurdled your law studies under challenging circumstances—as a family man, as a father to two very young children, the elder of whom has autism, as a very patient and loving younger brother to a special brother… the silently suffering son to a controversial mother, who is now a victim of persecution.”

The same searing details are experienced during her aging mother’s visit, an unexpected one the day before Christmas. The family had decided early on not to tell her about her daughter’s circumstances in Camp Crame—and then at age 86 when they could finally be honest with her, dementia prevented her from understanding what it meant.

During the tearful reunion after two years, she kept asking where they were. To the family, it was deemed kindest that the truth was now beyond her grasp. They all realized the “futility of full disclosure” at that point.

Volume II has a special section on the senator’s authored bills and resolutions championing human rights and social justice filed from her cell, living up to her mandate as a senator within the restrictions imposed on her person. It is a paradox, for she herself is a living example of injustice and political persecution.

She has not been allowed to participate virtually in Senate deliberations, but has received international awards and recognition as a detainee. Many distinguished international visitors have come to the country to expressly manifest support for the senator, but only a few have managed an audience with her, kept away by the usual bureaucratic reasons.

Meanwhile, her office door at Room 502 in the Senate Building still bears the daily tally of her days in detention, now 1,461 days—a silent nagging testimony to a gross injustice needing to be made right. An Amnesty International motto she quotes in her book, “When injustice happens to one person, it matters to us all,” rings painfully true. —CONTRIBUTED