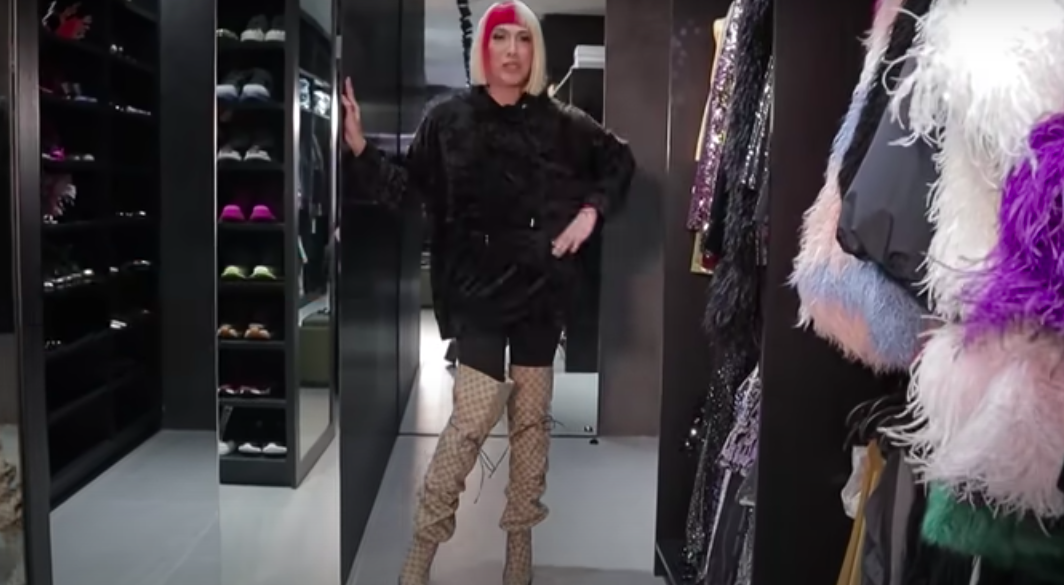 In response to numerous requests from fans for him to showcase his collection of shoes, Vice Ganda finally gave them a glimpse of his boots and stilettos.

The “It’s Showtime” host modeled his fashionable footwear in the latest episode of his YouTube vlog last Tuesday, Feb. 23.

(I will show you some shoes from my collection, which I bought because I saw them worn by Hollywood celebrities.)

He admits to feeling envious when he sees Hollywood celebrities donning beautiful shoes, so he saves up to be able to buy such as well.

Vice Ganda first modeled his Gucci monogram boots which he has two pairs of.

(I bought this because Beyonce has this. She wore one in a performance. Ariana Grande also has this.)

(I bought this with my eyes closed, figuratively, because it’s expensive. But since I work hard, I deserve to spoil myself, right?)

He next wore a pair of  Versace Marilyn Monroe boots which he bought after seeing American rapper Cardi B in it. He saw it in a mannequin and asked the sales staff to take it off because he wanted it.

Another pair in his collection is an Aquazzura red below-the-knee boots after American model and actress Emily Ratajkowski.

Other boots in his collection — such as by Prada, Gucci and Christian Louboutin — are those which have also been worn by celebrities such as Bella Hadid, Madonna and Jennifer Lopez.

Months ago, Vice Ganda virtually toured his fans into his new house through his vlog. More recently, he talked about his favorite snacks in a “chichirya” episode. JB