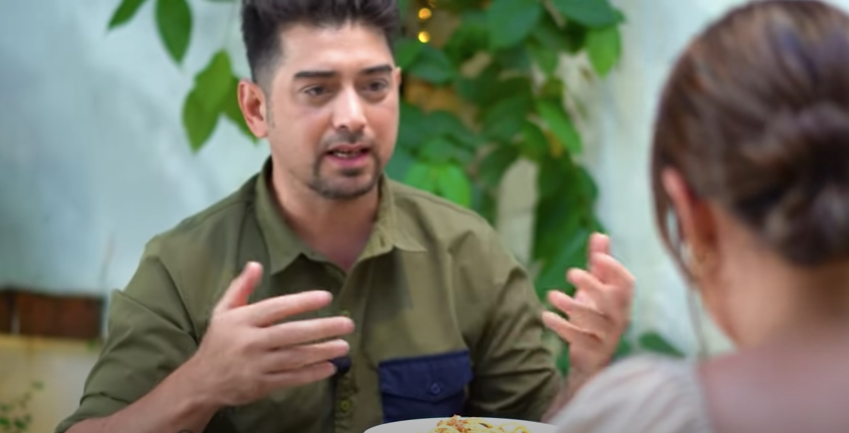 Actor Ian Veneracion candidly answered questions about love and relationships which were thrown at him recently by his teleserye leading lady Bea Alonzo.

Veneracion shared an al fresco dinner with Alonzo where they discussed some matters of the heart, as seen in the latest episode of Alonzo’s YouTube vlog yesterday, Feb. 27.

When Alonzo asked him about courtship and told him that the practice no longer seems in vogue, the actor quipped, “Oo nga, ‘no (Yes, right). I don’t know how it goes now.”

Veneracion said that during his time, the guy would visit a girl in her home.

“Dati kasi, kunwari nakita ko ‘yung girl, [I’d ask her,] ‘Puwede ba ako dumalaw sa inyo?’ (Before, for example, if I saw a girl, I’d ask her, ‘Can I visit you at home?’) I’m willing to face your parents, your brothers or whoever. That means my reputation is on the line, na haharap ako sa ‘yo (that I will face you). It’s like [I] introduce myself to your family and manliligaw ako sa ‘yo (and I will court you) properly,” he recalled.

As for open relationships which is another in-thing now, Veneracion is all for it for “as long as both of you are aware that it’s an open relationship” and “ you don’t have [expectations] of exclusivity.”

When Alonzo said she’s not the jealous type, Veneracion retorted that a woman getting jealous is something that does not annoy him. He even feels happy if the girl gets jealous.

(But it’s also annoying when the girl does not get jealous because we also get giddy when our partners become jealous. It’s like, “Hey, she’s jealous.” So when you absolutely do not care, it’s as if we feel like you do not give a damn, it’s like that.)

Veneracion and Alonzo first worked together in the 2017 soap opera, “A Love to Last.” The actor is married to Pam Gallardo, while Alonzo is reportedly dating actor Dominic Roque as they were seen in Amanpulo recently. JB

Bea Alonzo on what’s the score with John Lloyd Cruz: ‘I’m always in love with him’