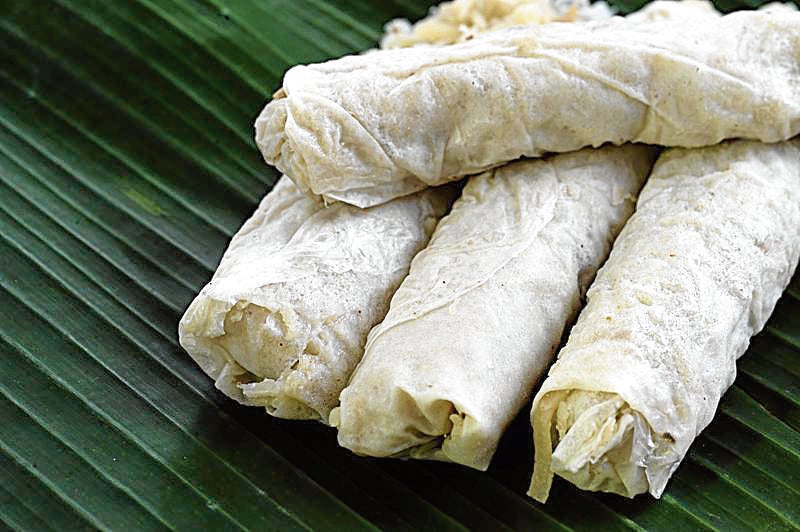 The return of street vendors

Months before the pandemic shut almost everything down, I had written about the disappearing street vendors. The main reason for this, at least in the cities, was that gates were placed to secure the houses and residents of individual communities, so no one could enter without a permit given by the guard at the gate.

With the lockdown, the opposite happened. Vendors are back on our street but they sell wares other than the usual.

The usual was bread brought by the pan de sal man on his bicycle, and which old residents called potpot because of the horn used to announce the vendor’s presence.

The usual was puto, kutsinta, rice cakes housed in two round tin containers balanced on the shoulder of the vendor.

The usual, also, was the taho, one tin container with the soft tofu curd and the other with the syrup with sago. The buyer had to bring his own cup or glass which was really more sanitary.

All those were served for breakfast.

In the afternoon, it was the tinkle of the ice cream man’s bell that announced his presence. Or the sound of a cowbell being struck to let everyone know the binatog (boiled corn kernels) man was passing through. Or the clear voice of the lady whose line was “Maruya kayo riyan,” offering fried sliced bananas coated in a thin dough.

Gilda Cordero-Fernando, in her book “Philippine Food and Life” (Anvil Publishing, 1992), wrote about the hawkers of Pagsanjan, her hometown. There were unusual names which she explained. “Pagsanjan butsi is fried glutinous rice and chopped buko wrapped around mashed mongo roughly the size of a pingpong ball. Pasingaw is steamed rice cake resembling a bibingka; putong bula or bubble rice cake is a large white puto, sliced on the bias.”

The first sign that the street vendors were returning in our community was the cry of “balut!” heard at night. One wondered if balut vendors were hired based on how clear and far their voices carried.

There were those who shouted, but no matter how we strained to hear, we couldn’t make out what the product was. So one housemate rushed out to see and it was a fish vendor. He had the usual tilapia and bangus.

So now the market was coming to us. The next day, it was vegetable vendors, two girls on a tricycle, the products and a weighing scale on a wooden platform resting on what may have been a passenger seat before. They didn’t have to shout because they had a microphone with them, the kind used by demo salesmen in the supermarket.

Then someone with cooked food made his rounds the next day. “Fried lumpia” was heard, the pieces on a big tray covered with plastic. Following on his heels was “Mais!”—a vendor bringing boiled corn on the cob, kept hot on a rack with steaming water in a big black pot underneath.

The man selling buko (young coconut), however, never shouted about his product but merely rang the doorbell.

What a blessing for residents who can’t or won’t go out.

Still a recent development for Fernandez when the book came out was “a bicycle equipped with a compartmentalized, glass-fronted, showcase with 18 to 24 fruits” already peeled and cut, with some skewered on barbecue sticks. I remembered seeing that for the first time in Thailand in 1990 and, of course, we had it soon after.

In Fernandez’s hometown of Silay, the street hawkers were called manuglibod. They plied their wares in the afternoon, just in time for merienda.

It was the story of the lumpiang ubod that made me look for these manuglibod when researching for Food Magazine’s Food Tour.

My source told me that it was one of the manuglibod who invented this spring roll made of coconut heart. The gamblers of Silay loved it because it was finger food, just like many of the other food sold by the manuglibod, and because the sauce was already inside the lumpia.

The photographer and I waited all afternoon but there wasn’t a manuglibod to shoot. The next day, the townspeople said they were already in the market. We caught one but she hardly looked like the romanticized figure dressed in native wear, baro’t saya, with a woven tray balanced on her head.