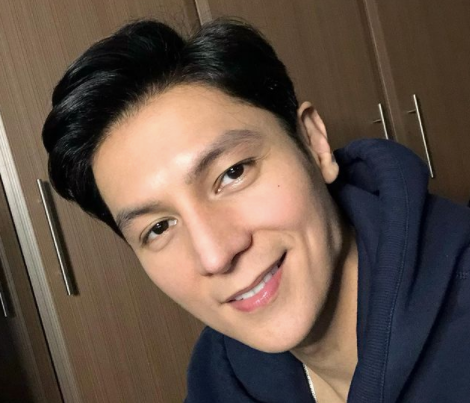 Joseph Marco who plays Avel Mansueto, the bodyguard who fell in love with Jodi Sta. Maria’s character Marissa Pineda in “Ang sa Iyo ay Akin,” is grateful for his inclusion in the soap opera.

For Marco, portraying the role of Avel Mansueto is “pretty challenging.”

(I am thankful because the cast is really good, and you know, they did not give me a hard time because when the role was given to me, the background already has depth. His back story is very powerful.)

Marco’s role comes with a secret mission – to avenge the death of his parents. He finds this relatable since he thinks people really tend prioritize families at all cost. He also became so attached to his character that he found it hard to let go of him.

(Actually, when I was reading the finale week script, I already became emotional. During our last day (of taping), I had difficulties because, I don’t know, I got confused about the emotion I was to give.)

Marco reiterated his gratitude for the guidance from his directors, FM Reyes and Avel Sunpongco, as well as for the support from his fellow cast members.

(This is a dream team. I saw how special this show is. Working with them, I became so attached.)

(It was challenging, but I will treasure this project, and it really made a mark in me, that’s why I’m very thankful that I got in. Although I got in late, it’s such an honor.)