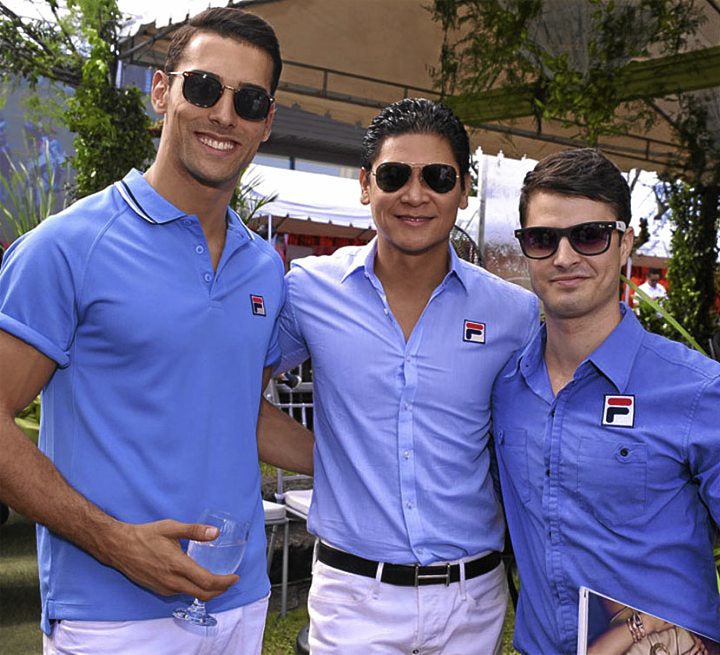 The bash got on a roll with the raffling of giveaways from Art of Scent, Mich Araullo, Amina Aranaz, Beats by Dr. Dre, Bose,  Maxims Tower and The Tides Boracay, dahlings.

The masters of house music were there—John Monreal, Karl Ty and Manolet Dario, and Sanya Smith with her father, the legendary Pepe Smith, no less, performing together, a first collaboration prepared especially for Opus, palanggas.

Well-wishers and guests sipped drinks and cocktails by Jose Cuervo, Johnnie Walker, Grey Goose, Bacardi and Hennessy. We raised our glasses of chilled Moet et Chandon for the toast by hosts Sarah Meier and Tim Yap and the Opus partners. “Thank you to all of you who have contributed to the masterpiece of a year that Opus has had,” the Opus partners said. Wild applause greeted the toast, dahlings.

The hub of “the sport of kings,” the Polo Club, became the launching pad for the royal house of sports shoes when the Fila Polo Cup was held recently, dahlings.

The Fila Cup was, again, an affair of glitz and glam, as it featured installation art by Denis Lagdameo, and JM Rodriguez singing the National Anthem,  naturellement.

Butch led his team for the Low Goal Game, while Tessa Prieto-Valdes and Cris Albert did the honors of the ceremonial toss for the High Goal Game.

The question that had eyebrows raised up to their hairlines (for those without Botox, natch) was, “What the heck is that?” Well, it’s the unique Skele-Toes campaign, dahlings, where all you have to do is look for the most amazingly strange, weird, odd, unbelievable and “what-the-heck-is-that” reaction-inducing photo. Post it on the Fila Philippines Facebook page, and the Facebook community votes for the winner. The winner gets to star in an exciting travel and lifestyle documentary wearing his or her favorite Skele-Toes. Sounds like loads of fun, dahlings.

As always, the 2012 Fila Polo Cup has its social dimension. Sales of products during the event benefited the iSport Life Ministries.

Fila president Butch Albert called on people to support his project “500 for 500” by Operation Compassion.  For every purchase of Fila products, P500 will go to 500 families affected by Typhoon “Sendong.”

Bottles of cold bubbly champagne popped endlessly, while the namedroppable polo watchers were dazzled by the awesome fireworks, palanggas.

“The heart and core of the Ipanema brand is its rich Brazilian heritage,” Patxi said. “With this in mind, it aims to offer young fashionistas a diversity of flip-flop styles that are not just fit for the beach, but also for a variety of occasions—whether it’s a chic day trip with friends or a stylish evening out with someone special.”

True to his statement, palanggas, Ipanema’s awesome affair was a fantastic visual feat, as their trendy flip-flops were paired impeccably with a variety of stylish ensembles. The show did not fail to do justice to the latest summer-wear trends, thanks to stylized, eye-catching footwear options, giving resort wear a fashion-forward but comfortable spin, dahlings.