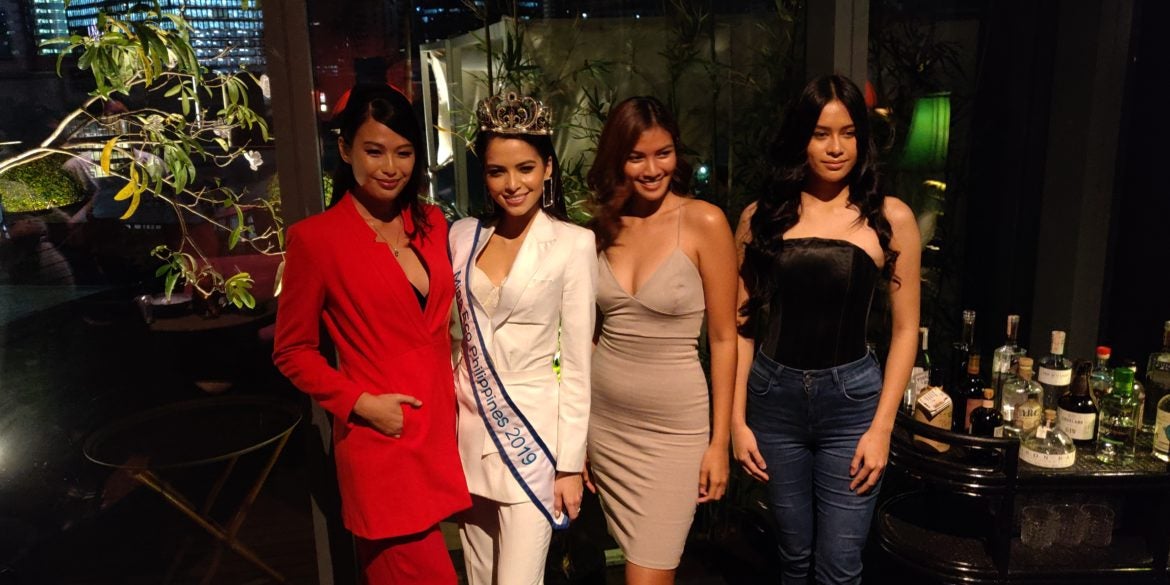 Kelley Day ready to take on a global role

MAKATI CITY—The Miss Eco International crown comes with the opportunity to work with the United Nations (UN) as an ambassador for the environment, and actress Kelley Day said she is ready to take on a bigger role to help save the planet.

In an intimate gathering with media scribes held recently in Taguig City, Day said the pandemic made her experience lapses in sustainability, which further heightened her drive to find solutions to the ever-evolving problems besetting the environment.

“There was a time during the pandemic when I had no direct access to potable water, so I was forced to buy bottled ones from the convenience stores close to where I live,” the reigning Miss Eco Philippines told the Inquirer.

Six months of doing that and Day said she filled up the back of her car with used plastic bottles. She then embarked on a long and arduous journey of finding a facility that recycles discarded plastic.

“How come we don’t have any convenient places to drop off bottles for recycling?” Day asked.  This experience, as well as the beach clean-up activities she participated in both as a contestant and reigning queen of the 2019 Miss World Philippines pageant, has made her even more driven to become proactive in finding ways to make sustainability a way of life for all the people in the world.

If she becomes fortunate enough to bring home the global crown and collaborate with the UN for solutions, Day said she would want to set up public recycling centers for plastic products.

She also appealed to corporations: “As long as you sell products that use plastics, we need a place to have them recycled.”

Day bagged the Miss Eco Philippines crown in the 2019 Miss World Philippines pageant held more than a year ago, and was supposed to compete in the 2020 Miss Eco International pageant scheduled in the first quarter of last year. But the pandemic pushed the international organizers to postpone the competition twice, before settling for an April 2021 schedule.

During that time, the international titleholder lost her crown for bearing a child during her extended reign, and the international organizers offered the title to the first runner-up, Maureen Montagne of the Philippines.

But Montagne refused to accept the crown, as she had already enlisted for the Binibining Pilipinas pageant. Day said she understood her predecessor’s decision.

“I knew Maureen even before I got into pageants, and I know she is smart. I believe her decision was carefully thought out,” Day shared.

“She already joined Bb. Pilipinas, and nobody knew the pandemic would happen. We don’t know the full story,” Day added.

The reigning queen also became busy during her extended reign. Aside from priming herself for her global debut, Day also started to pursue a degree in Biological Sciences online, wrote music, and learned computer programming.

She also snagged a TV project alongside veteran actor Raymond Bagatsing, and close friend David Chua. The yet-to-be-titled show will be a suspense-mystery story.

Both actors also attended Day’s send-off, where they extended their well wishes for the aspiring international beauty queen.

Day will try to duplicate the feat of fellow Kapuso actress Cynthia Thomalla, who became the international pageant’s first Filipino winner in 2018.

She also said she is inspired by Roberta Ann Tamondong, the country’s first Miss Eco Teen International winner who was crowned in Egypt in December last year.

The 2021 Miss Eco International pageant will take place at the Sharm l-Sheikh in Egypt on April 6.