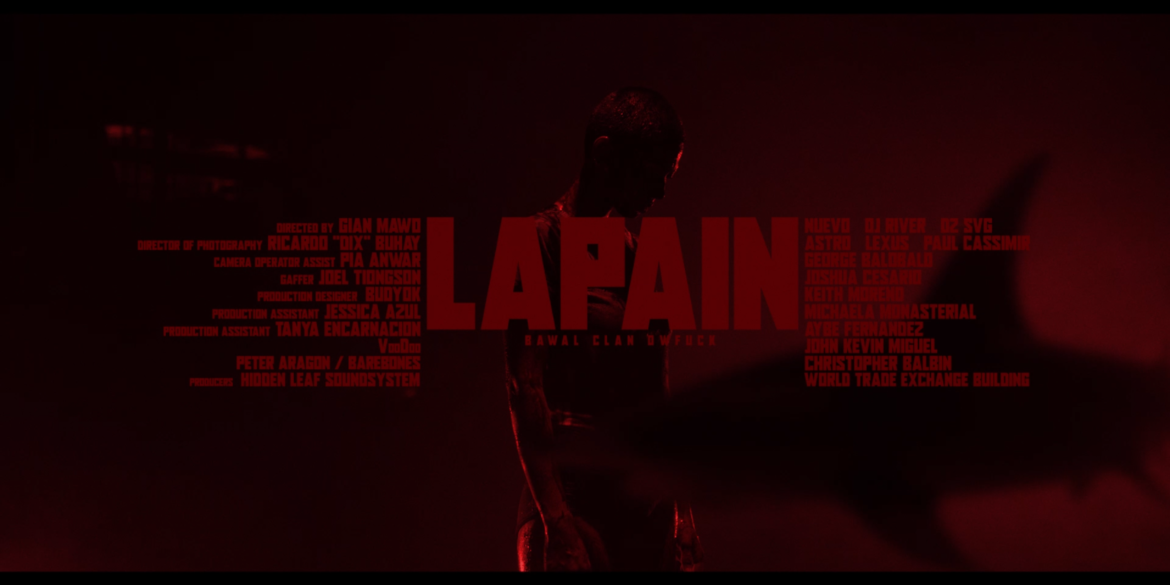 WATCH: Bawal Clan takes us behind the scenes of “LaPain” MV

“LaPain”, the second track off Bawal Clan and Owfuck’s 2020 album entitled Ligtas, gets a music video directed by Gian Mawo. It has that disturbing-but-can’t-keep-your-eyes-away element with characters drenched in blood and kept in boxes.

Shot at the World Trade Center in Binondo, Gian doesn’t shy away from the heavy emotions of the lyrics with intense visuals. He says, “I want the film to be dark that there should be a feeling of uneasiness to it when you watch it. It’s like something terrible is going to happen. I want that feeling to manifest towards the viewers. I think the song is about them sending a stern message to doubters, non-believers, and haters. The ‘caged preys’ in the film represent those people.”

Bawal Clan’s DZ SVG shares with us the song’s message, “Personally, I feel ‘LaPain’ is about getting back at people who wronged us. You reached out and they tried to bite and cut off the helping hand. Also for people who were planning on doing shit, they’d definitely regret and deal with the consequences of their actions.”

Gian says the video concept was created last year, during the height of the hard lockdown, “Like everyone else during that period, I wanted a creative release and do something to get busy while local production was still on hold.”

Owfuck says that the MV is also their way of giving Ligtas a second life. “We really have no idea when the pandemic will end, when we first released the album everything was set already including watch parties and events for the album. However, the pandemic really slowed things down. So of course, we didn’t want the fans to sleep on this album so we thought it would be really nice to have visuals and that’s all thanks to Gian.”

Yung Bawal stresses the balancing act between staying safe and still keeping the creativity going. He sees this video as another piece in expanding the Bawal Clan cinematic universe. He also teases us that “LaPain” MV isn’t the only one lined up.”I just wanna thank everyone for supporting us honestly, thanks for being patient with us with creating new content, we got more on the way this year.”