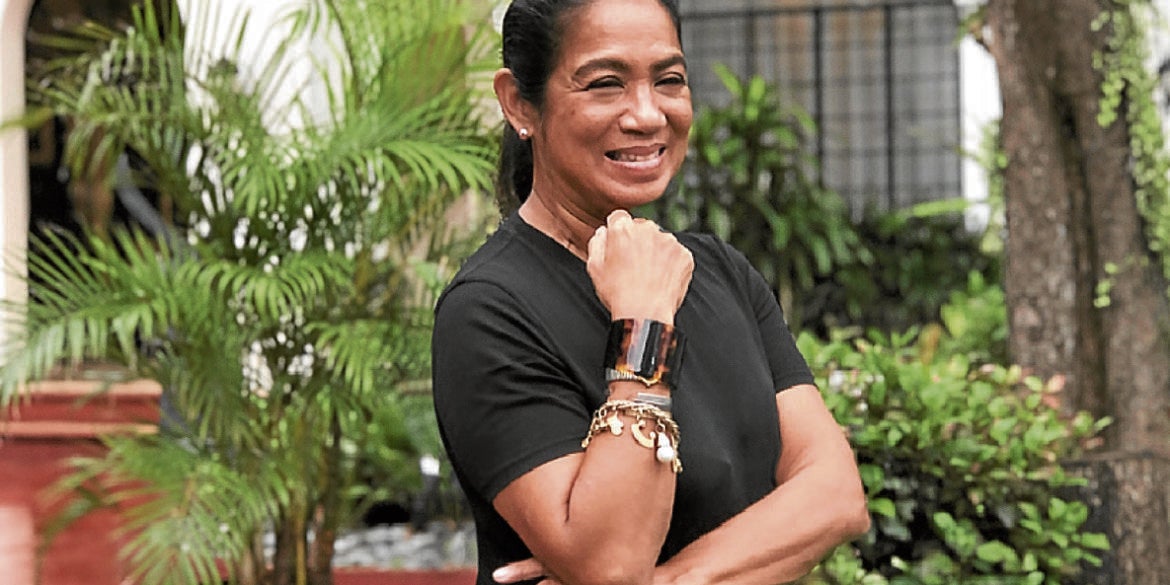 How Margarita Forés pivoted her brands

In 1987, before she became a bona fide chef, Margarita Forés was cooking either at home at the Araneta compound in Cubao or in other people’s houses. The dishes that she had learned in Italy—homemade pasta, tagliata (sliced steak), spinach dip and penne al telefono—would later become best-selling staples in her repertoire.

“My culinary career started with catering, working from home. When the demand grew bigger, I had it incorporated,” she says. With a workforce of 100, Cibo di Marghi catering service became her core business. As Forés’ followers know, she developed other brands—the Cibo restaurant chain, concept restaurants Lusso and Grace Park, and Fiori di Marghi floral arrangements, targeted for specific markets.

When the pandemic decimated the food services and live events industries, Forés opened up other revenue streams to maintain the workforce even if it meant rotating shifts and reduced pay.

Today, Forés has come full circle as she cooks at home for orders via her Instagram, Cibo di Marghi’s social media accounts and the phone. Her title of Asia’s Best Female Chef (2016) notwithstanding, she’s on the same playing field with online home-based cooks and bakers who emerged during the lockdown. Food services veterans such as herself must adapt to keep the market interested in her brands, she says.

“Sales have been good because people like the idea that the dish comes from our own kitchen. This has widened the repertoire of Cibo di Marghi,” she says. Customers can likewise enjoy sirloin tapa, Ilonggo longganisa and bottled talangka.

To sustain the catering business, she forged a partnership with the Lhuilliers, her loyal clients and owners of Palacio de Memoria, an auction house in an ancestral residence in Parañaque City.

“Though we do catering in other places, we need a regular venue. Palacio de Memoria (Palace of Memories) denotes heritage,” she says. Set in the house’s extension facing the garden, The Loggia opened this month with good business coming from socialites, millennials and intimate celebrations.

The Loggia’s start-up menu offers modern Italian dishes such as rigatoni with veal and beef ragout, Negros burrata with prosciutto di Parma and truffle paste, halibut with capers and fennel wrapped in parchment, and mango and Prosecco tiramisu.

Forés notes that the catering repertoire is not limited to one cuisine. “Our range is anything that the customer wants,” she says.

Cibo di Marghi recently became an accredited caterer at Manila Polo Club (MPC). Every month, it organizes three-night dinners with special menus held by the polo field or in the main ballroom. These events, with a maximum capacity of 35, are exclusive to MPC members.

At this writing, the catering and restaurant businesses have been unpredictable with the spike in COVID cases and the increasing pandemic restrictions. “We’ve been rolling with the punches,” she says.

Forés and her siblings and business partners decided to find alternative income to promote the Cibo brand. The frozen pizza, Pizza Romana, is a focaccia-based crust with four kinds of cheeses or spicy salami.

“People can take it out of the freezer and pop it into the toaster oven. The frozen food opened up a different market,” she says.

Cibo pizza has been distributed by the Robinsons Supermarket Corp. and is widening its reach to other groceries. This summer, Cibo’s signature peach and lemon iced teas will be launched for retail.

Forés continues to work with a farmers’ consortium that delivers fresh produce to Grace Park every Thursday. “This market addresses the needs of the Rockwell community and other customers. Our priority is to help the supply chain,” she says.

To save a business, Forés and her restaurateur-son, Amado, took on the operations of Ramen Ron, a casualty of the pandemic. After the closure of the restaurant, it shifted to e-commerce. Although the ramen and its meal prep kits, rice bowls and dumplings are made in her commissary, Japanese chef-founder Tamura is actively involved in maintaining the quality.

Asked what she has gained from the disruptions, Forés replies, “The mindset at this time is to not give up. You have to find new ways to sustain the business, and run it like a family that unites to help each other. Meanwhile, the industry has come together to share how our businesses have been coping. The pandemic created a sense of community. We support each other to have a voice.” —CONTRIBUTED