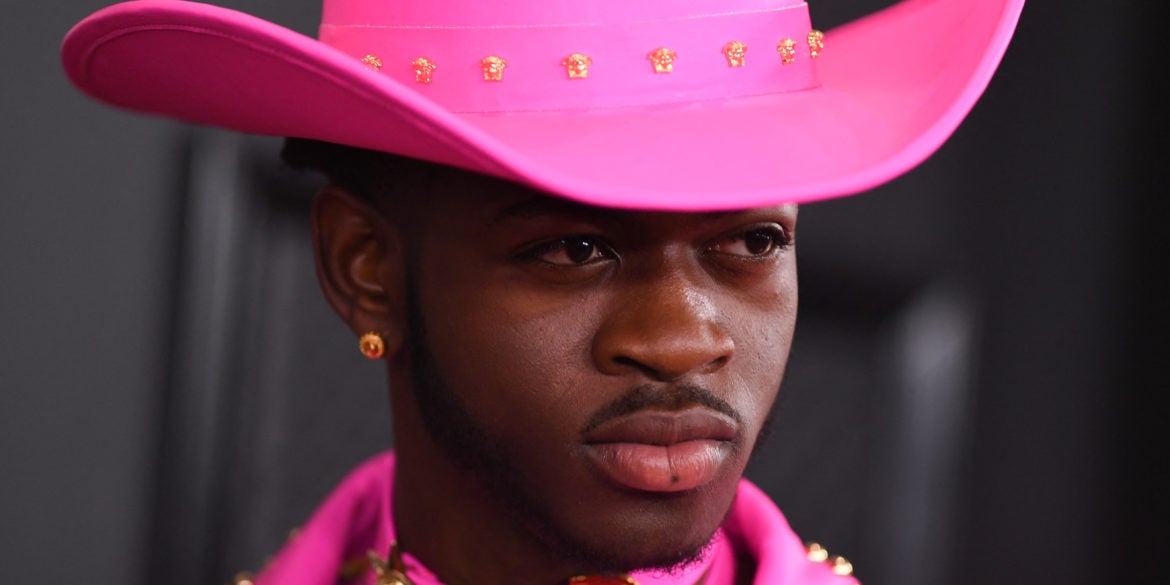 (FILES) In this file photo taken on January 26, 2020 US rapper Lil Nas X arrives for the 62nd Annual Grammy Awards in Los Angeles. - The announcement that the rapper would collaborate with a Brooklyn company to make 666 pairs of "Satan Shoes" -- black Nike Air Max 97s customized to feature a bronze pentagram, a Bible verse referring to Satan's fall and a drop of human blood mixed with red ink in the midsole -- resulted on March 29, 2021 as many great American tales do: with a lawsuit. (Photo by VALERIE MACON / AFP)

It’s been quite a few days for sneakers, Satan, and the artist Lil Nas X.

It started with a recently released music video that sees the 21-year-old of “Old Town Road” fame give the devil a lap dance, which resulted in the Grammy winner exchanging disses with a sitting US governor who took issue with the seductive clip and began tweeting Bible verses at him.

Then, the announcement that the rapper would collaborate with a Brooklyn company to make 666 pairs of “Satan Shoes” — black Nike Air Max 97s customized to feature a bronze pentagram, a Bible verse referring to Satan’s fall, and a drop of human blood mixed with red ink in the midsole — resulted Monday as many great American tales do: with a lawsuit.

Nike is suing MSCHF Product Studio, the eccentric company that linked up with Lil Nas X to create the shoe, for trademark infringement and dilution, saying in a statement to AFP that “the Satan Shoes were produced without Nike’s approval or authorization, and Nike is in no way connected with this project.”

In federal court documents, Nike alleges that the release has prompted boycott calls against them from offended consumers, who erroneously associate the sneaker giant with the bloody soled-shoes due to their trademark swoosh symbol.

The shoes sold out almost instantly after dropping Monday, going for $1,018 a pair. The sale is a follow-up to MSCHF’s “Jesus Shoes” — white Nike Air Max 97s, which contained holy water in the sole.

Nike did not sue over that product line.

Lil Nas X’s collaboration on the shoes comes as he released his devilish music video for his new song “Montero (Call Me By Your Name)” — a song whose title appears to refer to the novel and film “Call Me By Your Name,” about a summer romance between two men.

In the lusty clip, the rapper born Montero Lamar Hill celebrates his sexuality and queerness — the artist came out in 2019 — pole dancing in stilettos down to Hell to twerk on the Devil.

The song, its accompanying video, and the sneakers triggered pearl-clutching among many conservatives — including the governor of the state of South Dakota.

“Our kids are being told that this kind of product is, not only okay, it’s ‘exclusive.’ But do you know what’s more exclusive? Their God-given eternal soul. We are in a fight for the soul of our nation. We need to fight hard. And we need to fight smart. We have to win,” Kristi Noem tweeted Sunday.

A meme king adept at Twitter trolling, Lil Nas X replied with a number of barbs mocking the outcry, along with a more to-the-point message: “ur a whole governor and u on here tweeting about some damn shoes. do ur job!”

He has continued to use the lawsuit to channel attention towards his song — though in a more earnest message, he wrote “i’ll be honest all this backlash is putting an emotional toll on me. i try to cover it with humor but it’s getting hard.”

“My anxiety is higher than ever,” Lil Nas X wrote, before returning to the brand.

“And stream call me by your name on all platforms now!”

WATCH: Bawal Clan takes us behind the scenes of “LaPain” MV

“I figured with this climate; there’s no reason to fear what we want.” — Creative director Rik Rasos presents new Proudrace collection