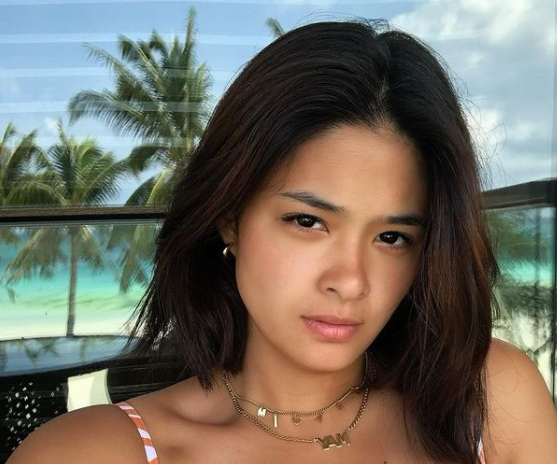 Yam Concepcion, discovered by Claire dela Fuente, recalls talk with the Jukebox Queen before her death

Unknown to many, actress Yam Concepcion was discovered by the late singer Claire dela Fuente, and in a recent interview, she recalled how the OPM icon, popularly known as the Jukebox Queen, was ecstatic over her latest project “Init Sa Magdamag.”

Before her death, dela Fuente was even able to talk to Concepcion over the phone.

(It was shocking and sad, what happened. Last Sunday, she even called me. She said,’Yam, I saw the trailer of “‘Init Sa Magdamag.’ Congratulations.” It was just four minutes of phone conversation with tita Claire. I didn’t expect that she would be gone just like that.)

With that, she dedicates her latest soap opera to dela Fuente, who was also her former manager.

“Itong project na ito ay para din sa kanya. Gusto ko lang siyang i-recognize dahil kung hindi dahil sa kanya ay wala ako dito ngayon,” she said. (This project is also for her. I want to recognize her because if not for her, I wouldn’t be here now.)

In the series, Concepcion plays Rita, whose marriage to Peterson (JM de Guzman) is on the brink of collapse as they struggle to have a child. Peterson proposes that they get the barrio doctor, Tupe, played by Gerald Anderson, to be their sperm donor, not knowing that Rita and Tupe were once lovers.

In the interview, Concepcion also acknowledged the fact that she started in the business as a sexy actress.

(My image used to be always like that but I feel that with this teleserye, I was challenged to be more than being sexy. My vulnerability was tested as an actor and as a person. I experienced many emotions which I have not experienced before.)

“Init Sa Magdamag” will have its pilot episode on April 17 on the iWantTFC app and website, and on WeTV iflix. By April 19, it will be showing on free TV via TV5 and A2Z channels, and on digital TV box  via ABS-CBN TVplus. JB

Yam Concepcion rues doing nude scenes in the past